Someone has to do it [solo:job] 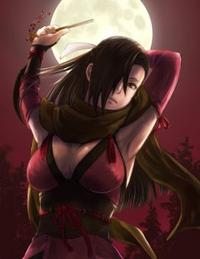 Someone has to do it [solo:job]

Spoiler:
Job Title:Scouting out Iceberg
Rank: D
Player Requirements: Must be at least D-Rank; Own a passport ; Cannot be a legal wizard
Job Requirements:5 posts. 100 words per post or a single post of 500+ words + Roll once for enemy
Job Location: Iceberg
Job Description: This job is only given to the dark but more importantly the independent or guildless wizards. The job itself is very hush hush, always kept on the down low and those that have heard word of this job know why. Their job is to infiltrate Iceberg and scout out just the borders of it. Nothing too serious, but to keep a check on the underlying forces of the tyrant king of the cold. This job is never able to be linked back to the magic council, and that is why they never issue it to anyone of legal status
Enemies:
Weak:deprived soldier: barely D-rank, but still eager to earn his keep. You encountering this shows how weak those at the edges of the country are. Feel free to beat this one as you see fit. Though let's face it, giving him a meal also makes him turn his head away.

Normal: Arctic wolf outcast: Definitely D-rank. In fact, they follow every single ruling/statistic as a D-rank strong Pet. They're pretty savage, and rolling one of these means you found a stray outcast looking for food, except you ran into it eating a dead soldier. It notices you nearly right away though and will fight you unless you give it another human to eat. Did you bring along any spare humans?

No shit it was cold, don't give the readers that stupid back story. This is the land of Iceberg after all. A tyrant ruled, country of winter wastelands. A place where the poor... well there was no poor. The middle class was the poor, and the upper class, such as the big time paid guards, were still not very well off. In fact, farmland was all but given up on. The best route was to grow food in underground bunkers, if that was even a possibility in time. The entire nation was a blizzard, and not a very good one either. Though this was not the reason Sophia had ventured into such a horrid land.

Her reason was different. A scouting job she had taken up to patrol the boarders, searching for signs of an army, and searching for signs of the nation actually getting it's shit together. Except no matter where she turned, it was always the same. The barren lands, covered in snow had all but made it nearly impossible to travel by her vehicle, leaving her to file the report only around the boarders. Which she finally was able to get at least an accurate report for the most part. Starved guards, and hungry wolves were the common sighting, however there was one sighting she actually had to encounter. A large creature that looked different than the rest. A bone chilling abomination. It looked heavy, perhaps made up of pure and solid white ice. The creature blended in so well with the snow it made the perfect ambush unit to use, but it's size made it an easy target.

"well... it doesn't seem like it has a life, if anything, I sense that it is just some sort of summon", having dealt with summons, and being taught how to detect them easier by Aiyana, made her quite the person to go to for such a thing. It was actually interesting though to see this ice elemental up so close as it began to run towards her...

wait what? In a panic, she had specially charged a nearby pebble with her kinetic assault before throwing it right at the core of the summon, ripping a hole into it's chest, all the while it still kept rushing towards her. "okay, well, don't forget I did warn you with the first shot". No longer even caring, she snapped her finger after altering a large portion of the snow in front of her into hydrogen gas, and then activating her thermal combustion to ignite a massive area surrounding the summon to finally end up melting it away. "Idiotic creature, but the fact it survived my ascended kinetic assault combo means it was a C-class summon at the least". With that in mind, she dictated her reports of the boarder was finalized, having traveled more than 15hours that day, most of it in her vehicle, but at the least she was able to see first handed the strongest worries. Something that could rival D-rank mages, and possibly the un-adapt or not so ready C-class mages. The only thing that did worry her was the fact that the creature could perform ambushes, and perhaps be thicker in numbers, perhaps even bigger or more troublesome the closer to the kingdom.

Though that was for another day... for now, Sophia had gotten back into her roamer, and teleported it, and herself using the kinetic warp technique back to fiore.