On this beautiful morning, Seika woke up feeling extremely excited! She was due to take pictures at the Holy Castle today! Normally, all sorts of tourists could come and look around and admire the scenery. However, only certain areas were open to the public. That was because actual, real live people lived here! The Heads of Religion. Now, the mage wasn't reallyy into like, worshipping and all that. In fact, she could say that she wasn't a member of any organized church or anything at all. However, that didn't stop Seika from loving how cool all of this religious stuff was! First of all, the aesthetics of the architecture and clothing and everything was just... plain awesome. And Aphelia was a spirit, which meant that even if she had never really subscribed to any specific faith, she still very much believed in the existence of the divine and spiritual. Well, the way Fiore and Earthland were, there happened to be gods wandering around all over the place. The girl was pretty sure she had met some before, mischievous people who were sometimes big meanies. Pouting at the thought, the girl shook her head frantically. No! She would not allow herself to be bogged down by negative energy on this big day. Hopping out of bed, the girl headed to the bathroom to do her skin care and begin her morning in a nice, fresh way.

When she walked into the tiny tiled room, she saw Aphelia sitting on the toilet, staring at her in a very dead pan manner. "Get out," the spirit said, and the summoner walked back outside in a daze. Okay, that had been bad. But she hadn't been blasted away into smithereens, so perhaps the situation wasn't too awkward! The more Seika thought about it, though, she really wasn't the one at fault. After all, a few things were strange about what happened there. Firstly, the spirit almost never got up before her friend! The mage was the early riser between the two, while the feline preferred to sleep in for as long as possible. In addition, the door hadn't been locked. Now, Seika wasn't in a habit of locking any doors around here; in fact, she liked to sleep with the door to her room completely wide open. That was a bit strange since literally anyone in the guild could just wander in, but... well, she liked being able to hear better what else might be happening in the building! Still, Aphelia wasn't Seika. She liked closed doors, locked doors even, whatever could offer the maximum amount of privacy.

So overall, it had been a weird occurrence! But even so, Seika couldn't just stand around here making excuses to herself inside of her head. She had to leave as soon as possible to make sure the wrath of Aphelia wouldn't hit while she was in vicinity. Gulping, the mage hurried out of the room, not even bothering to put on clothes aside from her pajamas. She was still bare footed right now, and the way Elysium's guild hall was set up... well, the floors were either cold stone, with vines on them, or smooth wood. Neither was particularly pleasant, especially because a bunch of weird evil creatures tended to wander around here and leave behind their filth and markings. Er, she didn't mean to call them dirty or anything like that! It was just... well, they were really cute and all, but she hated when they got their marks all over her stuff. Huffing in indignance, Seika sat down at a table in the guild hall. She then realized she had nothing to eat in front of her and got up with a shrug of her shoulders.

Just as the mage was rooting through a bunch of different containers in one of their communal fridges, a brilliant thought occurred to her. What if she just... decided to go to the Holy Castle without Aphelia? After all, what could go wrong? Nodding to herself in acknowledgement of this utterly awesome thought, the girl snapped her fingers and disappeared in a whoosh of teleportation. In less than a split second later, she reappeared in the center of the main hall of the Holy Castle. Now, the first order of business was finding a way to reach restricted areas. Seika wasn't big on breaking the rules, necessarily, but sometimes it was a must. After all, the coolest photos would probably end up being in the most hidden places. Sure, everything out in the open was really polished and neat, and she would happily snap pictures of them. But the mage wanted more. She wanted to be able to see where the holy leaders were meeting. She wanted to see all of the cool business that was going on behind the scenes, because maybe that way, she could start a religion of her own some day! Wouldn't that be cool? She tapped the nearest person on the shoulder. "Hey, do you know where we're allowed to go in this building and where's off limits?" She smiled brightly, hoping they could help her out here. 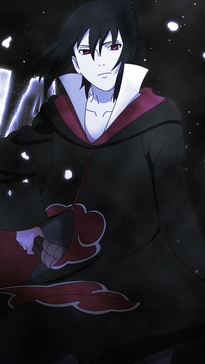 "All in a good days work", Yuno said to himself as he stood over the body of some poor lifeless body. Yuno had the slightly disturbing job of having to take the life of an elder women who had dug a little to deep in someone business. Normally most people would shy away from jobs like this , but not Yuno. He enjoyed seeing jobs like this on the board. Knowing most people would skip over those , allowing Yuno to take his time with whatever he doing since he knows there will always be a job on the board. He walked over to the window of the now deceased women and opened, hoping to get some fresh air in the increasingly smelly room.

Upon opening the window Yuno could see the beautiful Holy castle not to far in the distance. He had spent most of the last two days watching his target and finding the right opportunity to strike , but with all of his time there he hadnt seen how beautiful the building was. Even at the distance he was he could still be amazed enough to want to go check it out , but he had a problem. There was a dead body just lying there on the floor. Normally he would of cleaned the mess up and move the body but today was different. Instead he used the dead person bathroom and cleaned himself of any small blood that may have gotten on his shoes.

Once he was done cleaning himself he had decided it was time to go take a visit to the holy castle. It had been a while since he had gotten the opportunity to go and do some tourist stuff and this seemed like the perfect opportunity. Unfortunately for him he was going to have to teleport right into the middle of the main hall. He had found some pictures to use so he could activate his magic without having gone there in person. He would of have liked to arrive at the entrance and walk through but beggars cant be choosers. In a matter of seconds a dark portal open up and he entered it , coming out in the main hall of the holy castle.

When he got into the main hall all he could do is look around in awe. It wasent that impressive to most but Yuno had never seen something like this before so the new experience was pretty cool to him. As he was looking around he felt another mage appear behind him , but he didnt think much of it. To his surprise though a moment latter he felt a tap on his shoulder. Normally he would be annoyed witht those who would try and bother him but today he felt as though he should try to be respectful in such a holy place.

Yuno listen to her question and to his surprise she wanted to do some illegal activities. He smiled
"No I dont unfortunately but im pretty sure if we work together we can find them", Yuno said in a friendly tone. It was very unusual for him to be acting this way, but he couldnt help but feel happier being in such a holy place.
« View previous topic · View next topic »