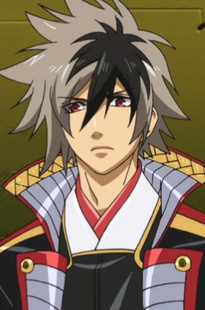 Gouge. The answer was gouge.

The demon roared in Tsubasa’s face, and Tsubasa roared right back. Intending at first to stab with the weapon, it dissipated before he could attack with it. However, that didn’t leave the young man without any ideas. Because he had a thumb. He pressed it hard against Right Eye’s left eye, letting out a shout of effort until he both heard and felt a squish. The demon dropped him and stumbled backwards.

None of Tsubasa’s plan had worked as intended, but as he shook the eyeball juice from his thumb, he went for Suntan before that one could comprehend what was happening. This battle had gone from trying out his new techniques and spells to quickly fighting for survival. Could he really continue on past this point? He wouldn’t know until he did. The rune for his other weapon was hard to reach, trapped within the sleeve of his crushed hand. To give himself a moment to reach it, he snapped several times at Suntan’s general direction, each conjuring a small spark of fire. Normally this spell would do little to a demon, he figured, but in this case it carried a little surprise.

After the snapping, Tsubasa pushed the flaming sparks at Suntan, setting him ablaze. Since this spell had been infused with the light, it would negate his natural resistance and burn through. Which was exactly what Tsubasa wanted as he grasped for the rune, “Alrighty buddy, looks like you’ve had your encounters with fire before. Try the Eye of Ares!” The molten sword slid smoothly out of his hoodie sleeve, looking entirely too big to fit in there. With barely a flourish, he slammed the sword into Suntan’s gut. Suntan initially struggled against it, but Tsubasa dug his heels in and pushed off, trading speed for momentum as he pressed Suntan back against the stone wall. The sword pinned him into the concrete and Tsubasa left it to burn into him. The young man felt immensely reluctant and was even downright against killing humans, but creatures conjured from other realms were fair game to him. Especially things like demons. Combined with the fire from Urazaki’s Flames, he wasn’t going to stop burning until the sword dissipated.

Now, Tsubasa could turn his attention to— Ah nuggets. Right Eye, now also Left Eye, grabbed Tsubasa by the throat and lifted him up. He felt a strange kind of strain at the base of his skull, like part of him wasn’t moving right. I’m pretty sure he can actually remove my skull from my spine. This is not a good feeling. This is like, number two in my bottom three ways to die. The electricity sparked in his hand, before Right Eye Left Eye grabbed that too. “No more tricks. You die now.”

“Ow,” Tsubasa said, his voice clearly strained by the lack of oxygen. “Ow ow. Ow owwwwww.” His hand was absolutely crushed, so moving it was incredibly painful. But it only took a small circular motion with his index finger to create a miniaturized black hole, strong enough to pull protective objects towards him. Usually a defensive technique designed to pull a shield towards Tsu or absorb a small spell, it worked well enough in tangent with the sword that had been burning through Suntan. Pulling out from its burial spot deep with his innards, it spun towards Right Eye Left Eye and impaled him through the side.

He stopped, looking down and trying to comprehend what had just happened. He stared at Tsubasa until the darkness-light left his eyes. As the life faded from him, he finally released his grip, allowing the young man to collapse. The young man lay still for a moment. The last few moments of his life replayed like a MagiGram video on loop. The tactical analysis was important while it was still fresh in his mind. Why had he chosen to do what he had done? What worked well, what didn’t? As he did, his working hand fell over his crushed and he winced in pain. Tears bit at the corners of his eyes and his breathing labored against itself as he struggled like mad to regain composure. He wasn’t a child. He was a member of the Silver Wolf guild. He was here on a job. He was a hero, like Miss Mercury, like the others and like everyone who’d borne the guild mark before him.

While concentrating on remembering the battle, the natural healing waters flowed from his hand, turning into the finest of mists and surrounding his shattered limb, restructuring the muscle, bone and ligaments back to their ordinary shape. All throughout, Tsubasa fought to keep himself focused on the memory. It wasn’t too long before the deafening pain turned into a dull roar, which reduced itself to a nagging complaint, and finally a mere passive grumble. He lay there for a few moments, stray tears having lost the fight against gravity. “Samiel.” He said to himself with certainty. The only way to stop this so he, or some other mage, wouldn’t have to return at a later date. He stood up and took a step towards the stairs. His reaction time was slowed to a dangerous level. Why?

Suddenly the real reason hit him. He hadn’t slept in three days and had been surviving on energy-infused carbonated beverages of questionable content. Walking up the stairs was more tiring than he had been expecting. Once he got to the top, he walked through the hallway and back to the main lounge proper, taking a seat at the bar. “If you have anything with sugar or corn syrup in it I will drink that now.”

The owner stared at him in disbelief for a moment. Tsu was bleeding, scratched up, bruises forming on different parts of his body. And yet he casually walked to the bar and ordered a drink. Also a flying squirrel had just landed on his shoulder and seemed to be trying to slide into his hoodie. As he served the drink he said, “… Who are you?”

“Oh sorry,” Tsu said, “My name is Tsubasa Kageyama, I’m answering a job for helping this place with what appears to be a graffiti, vandalism and surprise blackmail problem. I get the feeling I’m just in time.” He downed the soda in one chug and said, “You know why soda tastes different when it comes from dispensers like this? Delivered in two parts to the restaurant and then mixed there. Right at the tap, just before it’s dispensed. Makes it sweeter and a little… fresher? You know?”

“Yeah I know,” The owner said, still in disbelief. “I work here.”

“Right,” Tsubasa said with a nod, “Okay. I need to go fight someone named Samiel and put an end to all of this. Otherwise you won’t see the end of these guys.”

“Samiel?” The owner said, “You’re wrong about that. Samiel’s dead. He’s been dead for a little bit now. These guys are stragglers, just trying to pick up his pieces. I think those were the last of them. They’re trying to get people to go to the Demon’s Den before it closes down. It hasn’t been getting any business despite this whole thing stunt. That’s why I never renewed the job.”

It suddenly struck Tsubasa that the letter had indeed looked old and out of use. He deflated slightly at the news, “Ah crap. So I just killed a bunch of demons for nothing?”

“I wouldn’t say that. Those things were the only thing keeping me from reopening proper. Couldn’t keep paying for window repair like that. Thanks to you I can reopen this place and they’ll probably move shop with that Demons Den thing. At least now that their biggest muscle has been taken out, they’ll be wary about dealing with me in the future.” He opened the safe and set out a tidy bundle of jewels for Tsu. “Here you go. Send my thanks to the Silver Wolf guild. You really helped me out.”

The road back home was a bit more leisurely. Tsubasa was tired and the battle for that strange place had been anticlimactic at best. Nevertheless, he’d been paid, which meant he could continue with his research and keep working to finalize his new hoodie. Well. New old hoodie. About halfway back to the guild house, just before Beanstalk Village, he found a small roadside restaurant and decided to rest for a little while. A nice steak and potatoes, along with a side of greens for Ahab was the order of the night. The two of them ate mostly in silence, the comfortable silence of spending a night reading a book as rain drizzles outside, only a small lamp illuminating the room and with just enough ambiance to not disturb. For these two, there was no greater peace than this.

As they picked up to leave, Tsubasa grabbed the receipt and, just after he paid the waitress handed him a small note “Someone left this for you, I think.” She handed it to him.

Underneath it was what looked like a quick snapshot of… Kyukei Shrine, a small shrine near Talonia for mages and travelers to rest their heads.

It was a picture of his home.

» Time to grow
» TIME TO GROW ♠ c-rank to b-rank exam
» How Does Her Garden Grow?
» What it means to grow wings: Soleice's Entrance
» Won't you grow up already?!? [Sorano Granon's A-Rank Exam]