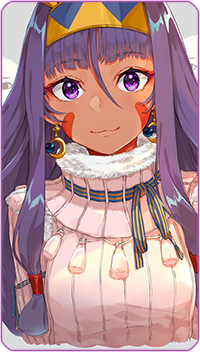 The Hargeon market was bustling with bodies, people squished as closely together as they could be without actually touching the strangers that slipped by them. The selection was vast too, lots of food, clothes and other random items. Vastly different to what she was used to at home, for starters, the food consisted of Earthland's standard fast-food groups; burgers, hotdogs, ice-cream and so on. There were a few more international food trucks but for the most part, it was more of the same. The fabrics of the clothes stools were thicker; cotton, wool, denim and the like. Items that were generally warmer, some factory-made, some sown by hand; all of which fit the current fashions of this land. There were curious items of different natures too, some magical items told to have abilities that boosted one's magical energy, they could make you stronger, faster, or offered other various abilities. And then there were some things that were just for household purposes, cheaper iLac chargers, candles etcetera.

It was intriguing to see and to compare. To picture the parallel of her homeland, the food in those stools would be less starchy, more vegetables and meat. Bowls of spicy broths, meat roasting on open skillets and papaya diced into delicate slivers right before your very eyes. She did miss those foods, fortunately, she wasn't the first Lhukian traveller here. There were a few, albeit rare, Lhukian suited grocery stores and even some restaurants. She had tried one only a few days prior and had enjoyed it immensely. The main menu was kind of dulled down for the tastebuds of the locals, but once the restaurant owners realised she was from Lhuk. They had got to chatting and brought her out a whole selection of the good stuff. She had exchanged numbers with Sawangh and Narjarph, the couple that owned the place and made herself two Lhukian friends in Earthland. Which was a treat in itself, even just to enjoy the pleasures of talking in her mother tongue had been a nice relief.

She stepped into the line queueing for the ice-cream truck, curious to see what they had. As she reached the front of the queue, she caught sight of a young boy staring at her nearby. Ice cream in hand, she smiled at him politely before turning her attention to the vendor. She ordered what was known as a 'Vanilla Flake', the same as what the child observing her hand. As she paid for the dessert, handing over her Fiorian currency. She turned away about to walk away when she heard a distinct cry. The child was wailing loudly into the street, bawling over the scoop that had fallen to his feet. Pim eyed the fallen food pitifully, before approaching the child. Who through teary eyes glanced up at her, as she did a rather strange action. Remembering the winter festival, she brought her palm to her forehead and saluted the grounded ice cream. Then she reached down and handed the child the ice cream she had just bought, hoping it would ease the pain of his loss. The cries faded instantly, and the child squealed his thanks. Pim smiled, turning away she returned to the queue of the ice cream vendor and waited to get herself another treat.