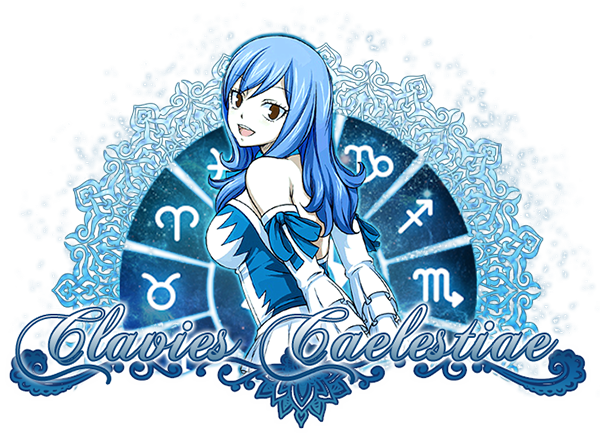 Magic Name: Clavies Caelestiae
Magic Type: Summoning (Solitary)
Proof of Magic: Page 33, Post n°803 - Magic Shop
Description: Clavies Caelestiae are a group of key that have been around for centuries, since the dawn of keys being created. They hold entities from another plane that are able to be summoned by the holders of these keys will and were granted by the ruler of that existence to Earthland to be used within their own rights of magic. The keys are based on most of the Western Zodiac and reflect their personalities and their affinities rather well. These keys though, the majority of them are copies of their original creations. Knockoffs if you will. But regardless, they'll listen to their holders commands and fight for, or alongside, them.

Unique Abilities: (List the abilities it provides, make sure to separate each ability! Abilities are like passive traits, or a hidden power that can be activated for a very limited amount of time. These abilities are Unique to your characters specific use of the magic! As a starting D rank character, you can have 1 unique ability.

~ (D) Celestial Wish: The magic of the celestials give the user the ability to have their spells cost reduced by 50% for them to use it more efficiently.
~ (B) Zodiacs Strength: The zodiacs themselves lend the user their strength, buffing their Health Points by 30% at A and up.
~ (S) Divine Augmentation: Divination can help the user anywhichway they wish. In this case, the divination helps by buffing the users Mana Power by 60%.