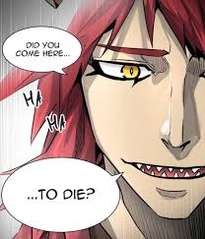 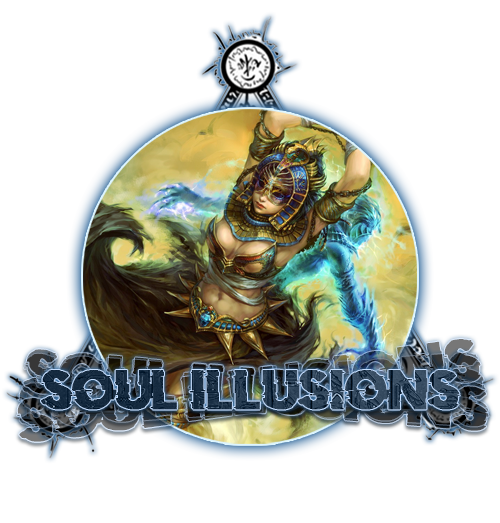 Description & Appearance:
At first, this bizarre lacrima almost doesn't seem corporeal, you could and likely would believe it nothing more than an illusion ... that is if you didn't give it a second look. Upon second glance it seems like a small golden sun with three sapphire blue raindrops on it, and within the sun several colorful almost incorporeal orbs are seen each with a matching tail.

History:
Deep within the heart of the forgotten desert, there was once a temple protected by mirages. The temple was apparently the final resting place for the souls of otherworldly beings, be it god or demon, it didn't matter to the priests and priestesses that called the temple home, and they tended to the dead equally. On rare occasion, the body of an exceptionally strong mortal would find final rest there, but for those selfless people who had gained the favor and protection of those they helped, everything went wrong. A warrior of some renown had apparently passed and he was deemed worthy enough to be sent to the burial site of the gods, which was unfortunately not the case.

The noble warrior had died, that much was true, however, the one that had arrived was not the warrior they had been expecting. They were isolated from the world and so knew no different, but then even if they had known they wouldn't have denied someone a burial. That was their tasks in this life after all. It was night when the body had arrived and due to their traditions they had to wait for dawn to start their preparations, so they left him on an embalming table with incense burning. From what they found out later was that the man had taken a toxin that would mimic the signs of death for a certain amount of time, he was in fact not dead. While the members of the temple rested the toxin had worn off and he had started to move. The treasures of the mythical temple were well known and the man's greed vast.

During that night he stole the most sacred treasure of the temple and fled. The reason why he had done such a heretical thing is lost to time. It is known, however, that when the treasure left the temple the clergy had lost their protections, the souls that once had been laid to rest no longer, turning them beyond angry. They were vengeful and envious of the living and so slaughtered those who had cared for them. The temples exact location has since long been lost. Many who have studied the ancient lore believe that the temple still stands somewhere in the desert sands and that the souls of the dead that had turned against the clergy still wander there. Envious, vengeful, and angry, where the priests and priestesses continue their duties as they did in life to contain the threat. Praying, begging that the treasure will one day be returned to them so they all may finally find eternal rest.

Magic Name: Soul Illusions Demon Slayer Magic {Second Generation}
Magic Type: Ancient Type (Solitary Benefit: +50% to Strength/Spell Damage/Spell Healing/Spell Defense)
Description: (Describe your magic in detail: First being a description of what the magic he/she is using, and then a second paragraph of how he/she uses it.)
Unique Abilities:

Lineage:
Name: Caine's Descent
Description: Long ago there were two brothers who were loved by the gods their name was Abel and Caine. Everything was alright since both were content with what they had, a demon jealous of the affection these two mortals receive from deities decided to meddle with their lives. It decided to create a rift between the brothers love. The rift cause rivalry between both brothers and with the aide of the demon, Caine won and accidentally killed his brother in the process. The gods learned what Caine and the demon had done so they cursed them both. The demon Shamashu and Caine were to share the same body, giving Caine longevity in exchange for the thirst for blood, and the demon only allowed to roam free only once Caine is feeds upon blood.

Spells: As a starter character at D rank, you start off with 3 regular D rank spells and one D+ rank advanced spell.