Job Details:
Job Title: Basic Language Class
Rank: D
Job Location: Silver Wolf Guild Hall
Solo Word Count: 500 Words
Group Word Count: 1,000 Words
Additional Requirements: Must be a member of Silver Wolf. Up to four members may participate at once. Sit through the lecture without falling asleep.
Job Description: Since its mages will be traveling far afield in the course of their work, Silver Wolf has seen fit to hire a linguist in order to teach interested members an ancient language of their choosing. The linguist will teach a basic language course that is lengthy and intensive. At the end of the lecture students will receive a study packet on their chosen language. It is strongly suggested that mages study in advance of the linguist's next visit.

-The linguist's gender and appearance is up to participants. It is recommended to keep the linguist's appearance consistent since they will return in future jobs.
-The name and characteristics of the language in question is up to participants.
-Participants may take a class together to learn the same language if they so choose.
-The linguist may ramble on in a monotone or repeat a particular point multiple times, but please do not fall asleep during the lecture. Participants may add or omit annoying features in any combination (monotone, endless repetition of points, etc.) as they see fit. If they do not want an annoying teacher, then players may opt just to go through a long lecture instead.

Enemies: N/A. However, the lecture will be lengthy, so stay awake and pay attention!

Re: Getting Schooled (Part 1)

Wearing her green-and-gold outfit with Argent Gloves, Leona exited her office and made her way to the guild library in order to take a special class. Today she was going to learn basic Heiromesh, an ancient language of Desierto that was used in the region long before the sultans came to power. According to what little she knew of the language, Heiromesh was studied mostly in Desierto, where many ruins dating from long before the establishment of the Tri-Council government were still being discovered. Her mother Sophia knew the language, but Leona did not pay attention when her mother tried to teach her Heiromesh because the latter did not see it as necessary. If she ever found out that Leona was taking Heiromesh classes, Sophia was never going to let her daughter live it down.

Leona brought with her some paper and a pen. She was going to need to take notes on the lecture because she was not very good with languages. She was not a scholarly person in general, so she would need all the help that she could get. She sat down at an empty table in the library and waited for the linguist that the guild had hired to arrived. Only five minutes later an older man in brown robes and long, flowing white hair and beard walked into the library with a stack of books in his arms.

Leona walked up to the man and greeted him. Since he was a guest of Silver Wolf, it was only appropriate that the Guild Master greet him.

"Hello there. I'm Leona Jarnefeldt, Guild Master of Silver Wolf. Did you have any problem getting here?" Leona asked the older scholar. He looked at her with a smile. He looked like a scholar who could read the entire guild library and ask for more. He was definitely smarter than Leona.

"No, not at all my dear. It was a bit cold, though." He said to her. He raised a finger as if he remembered something very important.

"I'm Albert Rosetta, a Professor Emeritus from Crocus Magicka University. I taught languages there for over forty years. I teach language classes to young scholars like yourself in order to stay busy in my old age." Albert introduced himself to her. He set the books down on her table and began to thumb through them. He pulled out a thin book with a yellow cover that looked like old-fashioned papyrus.

"I understand that you'd like to learn Heiromesh, an old language of Desierto." Albert said to her.

"All right then. Let's get started!" Albert said to her as library staff members brought out a chalkboard and some chalk. He took the chalk into his right hand and began writing in letters that she had never seen before. He lectured on them and matched the Heiromesh letters to their equivalents in the modern alphabet. Pen met paper as Leona started frantically taking notes on what Professor Rosetta was telling her. 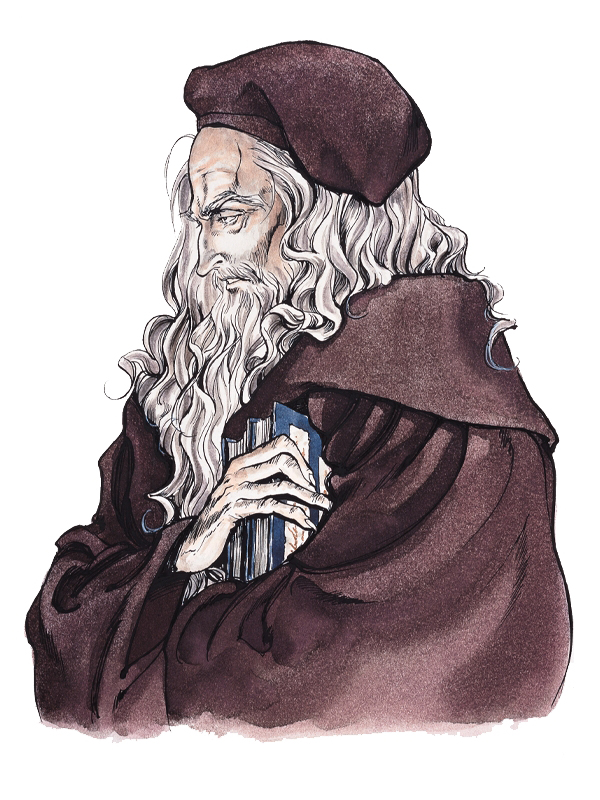 Re: Getting Schooled (Part 1)

"...Heiromesh is a simple written language because the letters correspond with those of the modern alphabet, but I've taught you the basics of what's called Court Heiromesh. Court Heiromesh was the language of the royal court, its scribes, and ancient scholars. The language of commoners, called Common Heiromesh, is not much different in writing but is more complex when spoken. You see, the nobility deliberately resisted drastic change to Court Heiromesh in order to preserve its prestige because only the upper classes learned it." Professor Rosetta told her while tapping his worn-down stick of chalk on the chalkboard for emphasis.

The letters of Court Heiromesh corresponded to modern letters, but the way they were written was far different from today's letters. Heiromesh letters tended to feature a lot of curves and some of the letters tended to look very much alike. Leona kept quiet on the outside but was internally unhappy. Now the professor told her that there were two forms of the language the guild had paid for her to study!

"Don't worry, my dear. Court Heiromesh is common in Desierto's ancient ruins, so your time and your guild's money wasn't wasted. I've taught you enough to get you going should you ever find yourself exploring ruins in Desierto. I offer advanced and expert-level courses in the subject... if you're interested." Professor Rosetta said to her. Leona looked over her notes on the alphabet to make sure she had written the letters exactly as the professor had done. Her letters matched those of the professor almost perfectly, though they were a little more squiggly than Court Heiromesh. She would have to neaten them up later. Albert held out a small notebook for Leona to take.

"What's this?" Leona asked the white-haired scholar as she received the notebook.

"It's a study packet for my advanced course. I suggest you study it because Advanced Court Heiromesh is a little harder than the basic course. You'll learn more about the language, including how to write and speak in more complex sentences. While you won't have native proficiency, you can read ancient court tablets and documents with ease." Professor Rosetta pitched his Advanced course to her. Leona was not pleased, but it was not like she really had much of a choice in the matter. She was trying to learn some intellectual skills to complement her fighting ability so that she could become better suited to leading a scholarly guild. She was not going to quit just because the road got a little rocky, so she would be sure to take the next level of the course.

"I'll take the next level of the course. I want to learn everything about Court Heiromesh." Leona said to him in all seriousness. The scholar seemed amused.

"And learn it you will. But I have another class to teach, so I'll be going. Be sure to study what I gave you before you take my advanced course!" He said to her after gathering his books. Leona nodded and saw him out of the guild hall, then shut the door behind him. She had committed herself to a road that was more challenging than fighting zombies and bandits, but the blonde was ready for the challenge. She did not want to have to rely on smarter people to do her thinking for the rest of her life. She was taking her first step towards intellectual self-reliance.