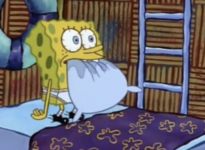 Job Deets:
Job Title: Double Date
Rank: D Rank
Player Requirements: 2 Players (no more, no less) any rank
Job Requirements: 700 words per player
Job Location: Rose Garden
Job Description:
A young man and lady have both agreed to begin dating, but both have also agreed they're a bit afraid to just go out together... alone. The boy is 15, shy, sweet, and gentlemanly. The girl is 14, equally shy, and very withdrawn. So instead of having the relationship stagnate, the two of them sent a message out to the guilds to have a pair of wizards join them. The two wizards don't have to be opposing genders, and they don't even have to like each other at all. Your jobs are simply to keep conversation going, as well as help the two of them get closer.

The sun was around setting, and the streets of Rose Garden begin to brim with nightlife in the entertainment districts of the town. Seth arrived shortly in a medium sized, but graciously funded city park, with the sounds of frogs and bugs almost equaling the bustle of the city. His task: to make sure that two timid teenagers’ budding dating life doesn’t go up in flames... Much like the firework show they were attending. As far as Esialeth described, all they needed to do was somehow crack open the children’s shy exterior to get them to connect on some level. Despite this, he looked forward to the job. Love is beautiful and if they were truly in love, it would work out.

From being in contact with the young girl’s mother, he knew that they would already be set up on a picnic blanket near a pond, with both of their parents sitting somewhere else. He only waits for Esialeth to arrive at their rendezvous pointe, the main gate and entrance of the park. (174/700)

Re: Sparks Under Fireworks

“So, who asked who? Were you two friends before this?”

The sun burned red on the horizon as Esialeth walked side-by-side with a chubby, cute girl, the rhythm of their footfalls mingling with faint chirping of evening bugs and faraway shouts from merchants. The scene was peaceful, yet alive -- idyllic in the buzzing, simmering way that only a city could be. Esialeth took a deep breath, taking in the scene as she waited for her answer.

Esialeth waited for more, but Iva was clearly nervous. Extremely so. It explained the ad, but seeing it in person was jarring. To think that she was once just as nervous, with only a fraction of Iva’s bravery...well, it explained why she had never asked, or been asked, on a date.

Esialeth did her best to smile comfortingly. She knew she looked somewhat intimidating in black, what with her hair and her eyes, so she ditched her usually black dress and wore a loose olive shirt with skinny black pants. Plus a hair ribbon to channel her inner teenager. Not too little, not too much. So it must have been something else that was bothering Iva. Maybe her...general aura?

“Look, I think, I think this was a bad idea. Maybe you should-”

Oh. So it wasn’t her. Not entirely, anyway. Good thing, then. If it really was her fault then her self-confidence would have taken a blow. It wasn’t like her to ruin the lives of the youth.

“Hey. Hey, come on, I signed up for this. I’m here to help. Come on, we can make it into twenty questions. I can tell you about myself too. You can even go first!”

Seventeen questions later, Iva is chatting avidly about her favorite books. And some of her...not so favorite books. Esialeth learns that Iva and Daine have been friends for years, and she finally worked out the courage to ask him on a date just last week. Esialeth realizes Iza is a passionate, interesting girl underneath her shell of awkwardness. One of the greatest character tropes, and she failed to recognize it. She’s actually disappointed in herself.

As their time alone comes to an end, she puts a hand on Iva’s shoulder, stopping their approach. Iva’s radiant smile falters. “Why- why did we stop?”

“Do you know what Daine’s favorite flower is?”

Iva pauses, then says, “No, but we both really like this book that mentions yellow flowers a lot. Why?”

Esialeth smiles, then reaches down to touch the ground. Beautiful yellow flowers grow from the cracked dirt, and she uses her hair ribbon to tie it like a bouquet then hands it to Iva.

Re: Sparks Under Fireworks

Soon after he arrives, his ‘conscript’ shyly walks to the meet-up point. Almost like he was sneaking up on him, too. Bugger is quiet. While Esialeth chose to apprentice the young girl, he was sort of... left with the guy. Seth usually has some—trouble—relating with straight men, but he would do whatever to make this work. He tries (and fails) to recall various sports and their rules, teams. The boy is so shy that instead of asking the dude who is standing square in the center of the rendezvous point, he sits on a bench and looks at his feet. This would be fun.

He approaches him… Well, not really. He takes a step forward and learns slightly over. The boy, while probably average height for his age, was more than a little bit shorter than Seth. He has short, brown hair that is slightly curly and deep black eyes. He’s kind of reminiscent of Seth when he was young. ❝Hi,❞ he said to catch his attention, ❝how are you?❞ He clasps his hands and then reaches out to shake his hand. Hopefully he did not come off as too intimidating. The boy blushed. Uh oh. It would be a completely different (and much more difficult) case if that was anything other than bashful reaction. ❝I’m,❞ he clears his throat, ❝Daine❞. Seth nods.  ❝Well, I’m Seth. Let’s get started with who you are… As a person.❞ He thinks about ways to go about this. Twenty questions? No. That is stupid. A question came into his mind. ❝Well, why do you like her?❞ He glazed over the girlfriend’s name. He forgot it. “Um… she’s just like me I guess,❞ he looks down. Okay… ❝What do you know about her? That’s a good place to start.❞ About ten minutes later, Seth learns that they met in the library, both like books, and that his favorite flower is a daffodil. Great. Now, Esialeth should be coming soon, as well. (501/700)