Disaster on the Seashore [Job | Solo] 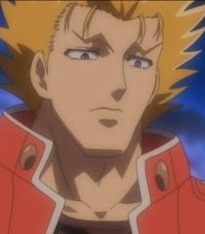 Disaster on the Seashore [Job | Solo]

Job Information:
Job Title: A Strange Occurrence On The Shore
Rank: D
Player Requirements: 1x Any rank of mage, no limit to how many can participate. 500 words per person. 5 rolls per person involved. Boss counts a 2 strong.
Job Requirements: Explore the shoreline and find out what is going on.
Job Location: Any shoreline in Earthland. (Islands, port towns, etc.)
Job Description: Word of strange occurrences on the shoreline has reached your ears. Any number of people are willing to pay to find out was going on, but just plain curiousity may also be the reason for one to go and find out what is going on.
Enemies:
All enemies appear dead at first, as HUNDREDS of aquatic wildlife are on the shore for some reason. Nothing is wrong with them besides that they are out of the water. Attempts to put them back in the water will result in them beaching themselves again and attacking anyway.
Weak:
Dying Fish x5; A large fish(your choice on what it is) is out of the water, aggressively attacking anything near it out of fear. Takes any 1 hit of damage to kill, due to how weak it is. They deal no damage and are a minor inconvenience.

While taking some time to explore the port town of Hargeon, Aelfric heard tell for many shopkeepers on even people on the street that something very strange was going on at the beach. Some of the more wealthy businesses even offered to pay Aelfric to check it out once they realized he was a mage; something about it being bad for businesses if people started avoiding the town. With his own curiosity now peaked, Aelfric quickly agreed to the requests and started to head towards the ocean.

Along the way he started to noticed people heading in the other direction, the number of which only increased as he got closer to the shoreline. Some of them even seemed to be nursing various injuries and all of them seemed worried to some degree or another. Sadly none of them seemed interested in explaining what was going on; only in leaving as swiftly as possible.

The member 'Valthonis' has done the following action : Dice Rolls

At first everything, the thing seemed reasonably calm as Aelfric advanced through the field of dead fish. This quickly changed, however, as he was walking past a 'dead' shark and got received a bite to his leg as it proved far more lively then it should be. Jumping back in surprise, Aelfric manages to dodge the attack of the second shark lying next to its kin, barely avoiding another dangerous bite. Looking over the situation, he realized that while the shark's bites were extremely dangerous, their location on the land put them at a disadvantage in maneuvering.

Given that, all he had to do was get behind them before they could react and beat them to death. Casting Echo of Speed he charged around the back of the sharks with his newfound speed and smashed his club into their backs. He managed to hit each of them twice before they were able to maneuver around, and he was barely able to escape their jews with his boosted speed. Repeating this two more times saw the sharks finally die for real, their blood soaking into the sand.

After finishing the first two enemies off, Aelfric continued onwards dealing with 5 weak, though aggressive fish with a single hit each as well as two more groups of sharks. He fought the sharks using the same method as before, though he did take 3 more bites from them as he began to tire. Finally, it seemed he had cleared the beach of most of the still living fish, leaving him panting and covered in blood; both his own and that of sharks he had killed.

It wasn't to be, however, as now the sounds of angry sharks were quiet he could hear screams coming from another part of the beach. Groaning, he started jogging towards to the noise as well as activating Burst of Healing along the way to take care of some of his wounds.

After tiredly jogging around a corner of the beach, Aelfric saw a massive beached whale that had somehow trapped several people on a sandbank, putting itself between them and the rest of the beach. It looked like Aelfric would have to take it out in order to save them, and quickly as well before it could force itself any further towards the trapped civilians. It looked like he would need to hit it hard given its massive size, so he activated Echo of Strength as he charged forwards.

To begin with he tried the same tactics that worked against the sharks, charging it in the back. This was soon shown to be a poor decision, however, as he only got two hits in before it smashed its massive tail into his skull. Reeling backward, he shook off ringing in his ears and reassessed the situation. It seemed that attacking it from the rear was a futile effort, while its front and sides seemed similarly protected. He could see, however, that the area between its side flippers and its head it looked like you could get in without it being able to attack. It look too large and ponderous to be able to move to react to that.

And so that was what he did, given his still boosted speed, it wasn't too hard to get in without being hit and start pounding into the side of the whale. It took a lot of hits, however, he was eventually able to strike the lethal blow and began to slowly push it into the sea to allow the trapped people to leave. With a final heave, he pushed it into the ocean and began escorting the people back towards the city.

Luckily it seemed he had taken out the last of the live fish on the beach and it was a safe journey back to the town proper. While quite injured from the experience, Aelfric was happy that he was able to save multiple people from harm as well as clear out the dangerous sea life cluttering the beach. The group of merchants he had spoken to earlier were happy to hand over the promised jewels for clearing out the menace to the town and, more importantly in their opinion, to the town's reputation.

Echo of Speed gave Aelfric 60% higher, granting him the speed he needed to outmaneuver the sharks despite his own poor agility. It cost 20 magic, leaving him on 180.

Echo of Strength grants him 60% extra strength, boosting his melee damage to 28 at the cost of 20 magic.