Job info:
Job Name:First Date
Job Rank: D
Job Requirements:One mage only of any rank, At least five 150 word posts, and must make it a good date that will make him/her remember it and want to go on a second one but do not reveal your identity, steal their affections from the client, or break their heart (doing any of these will mean no jewels for a reward). Monster rolls are not required but are there for guidance if needed.
Job Location: Oak Town
Job Description: Some lucky person (male or female) finally gained the courage to ask their long time crush out on a date. However, they don't have the courage to follow through on that date. This said person has turned to any mages that are willing to help him/her on their path to finding true love. When meeting with the client before the date they will give you a lacrima to change your image so that you appear and sound like the client. You will then go on a date for the client, you may do whatever you wish on the date so long as you make it a good one, and of course don't end up stealing the dates heart, breaking it, or revealing who you are. The client is willing to give a reward to those who complete the job without messing anything up.
Enemies:
Weak:Uh-oh conversation, that's right somehow manage to interact with a real live boy/girl/man/woman/etc. Do your best to try and not make a fool out of the client.

Normal:Things have been going well thus far on the date, the opportunity has come show her your best pick up line.

Strong:One of the clients friends (apparently they're not that socially awkward) has spotted you and proceeds to interrupt your date for a chat. Somehow get this friend to believe that you are the client, keep the date going well, and not destroy the friendship (the clients doesn't have many friends to spare).

Boss:The Date has been going well thus far, in fact it has been going so well (or perhaps the date just has a soft spot for you) that they are willing to kiss you. Avoid the kiss without ruining the date if you want the reward (or go for it if you're evil enough)

Reward:1k jewels or no jewels if one has chosen to be evil and do everything the client didn't want them to do.

It was a beautiful day: The sun was shining, no clouds in the air and the temperature was just right. Even though it was a good day for wearing t-shirts, shorts and sneakers Kenji still stook to his normal attire it made him feel more comfortable. Kenji was in Oak town since he had agreed to help a rather shy boy. Back in the guild there was a job request for a boy who finally had the guts to ask his great love out for a date, though since he is really shy he is afraid that he might screw it up and that his love might hate him. Which why was the reason he asked the help for a wizard to go on the date for him! Kenji grabbed his iLac to check for the adres of the boy. He typed the adres in his route planner app to see where the poor soul lives. Hmm... it seems he lives at the other side of the town... That won't be a problem though! It gives me time to think of a good date setting!

Kenji walked through the town and he loved all the things Oak town had to offer, there was a nice park with a bench near a fountain which could lead to some romantic scenes. There were a couple of cute café's he could maybe have the date at. Kenji had some experience with dating, even though it is forbidden for priest's in training to do that. Though Kenji didn't want to become a full fledged priest, he only wanted to finish his training to increase his spiritual powers to aid him in becoming a better wizard, though in the end he still likes to practice the occupation he trained for it could give him some benefits in the travels he was going to make. Though all his first dates were pretty terrible. Kenji experienced pretty much every worst date a person could have. Bad table manners, awkward conversations, guys with a bad sense for humors, shy ones that almost don't say a thing, lewd ones, people that wanted to go with him the same night and the list goes on. I hope for the sake of this person that he isn't one of these type of guys! Kenji said with a bit of disgust.

Kenji finally arrived at the house of the client. He pressed the doorbell and out if came a boy. 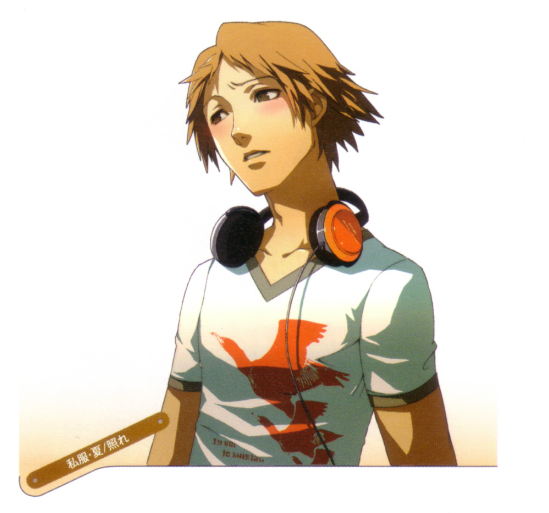 A young boy was in the door opening. Hello... Are you Kenji Oshiro? The person that accepted my job? The boy said with a soft voice. Kenji nodded, Yes I am! You must be Kaito right? The boy nodded. A-A-Anyway let's get this over with... I don't want people to see me with you... N-N-Not that you are ugly! I mean you look pretty handsome! I-I-I mean... just come inside... the boy sighed in defeat and led Kenji inside. Here use this Lacrima! It allows you to take form of the person I asked on a date! It will also make you sound exactly like him! Kenji grabbed the lacrima an a blinding light filled the room. The light faded away and Kenji's appearance was completely changed into Kaito. Hm... seeing you from up close... I must say you are really cute Kaito blushed. The doorbell rang. Alright his name is Akihiko remember that well! Kenji nodded

Kenji having the form of Kaito opened the door and his mouth almost fell open when he saw him. 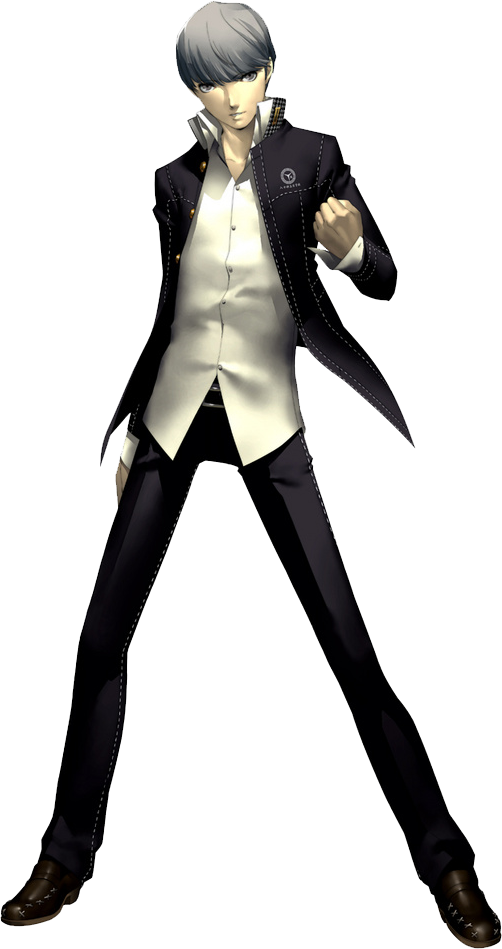 Oh hel- I mean hi Akihiko! You ready for our date?! Kenji almost broke into a sweat. Akihiko looked at Kenji from a bit closer. You alright babe? You look a bit nervous... He said with a low and caring voice. Yes I am a bit nervous... You are my first date... Kenji said pretending to be shy. Ah you're so cute! Come let's go! Akihiko grabbed Kenji's arm and pulled him with him.

Akihiko had brought Kenji to a café. And they both ordered a coffee. There was an awkward silence though, none of them said a thing and Akihiko was looking around him while whistling. So ummm uhhhh... How was your day? Kenji asked one of the simplest questions there was. Oh I'm so glad you asked! I wanted to tell you everything about my day but I thought I'd let you ask since I didn't want to come over pretty selfish! Akihiko then proceeded to talk about his day and how excited he was about today. they somehow managed to get into a conversation about different type of things. Kenji decided to use a pick up line to make Akihiko feel special. So Akihiko! Did hurt when you fell down heaven? Kenji winked at him, though Akihiko looked at him with a dumbfounded expression and he blinked a few times. Ahahahaha! Oh Kaito you're so adorable when you try to flirt! But you don't have to flirt with me since you've already won me! Akihiko said as he pinched Kenji's cheek. While Kenji was screaming internal and resisting the urge to punch him. Oi Kaito! I already thought I recognized that hair of yours! A voice said. Kenji turned around and it was another boy which he didn't recognized, Kenji gulped. So how are you doing? Kenji felt a sweat breaking out. O-O-Oh I'm doing good... Say how about I call you tonight... I'm actually busy right now... Kenji became nervous by the second. The boy looked towards Akihiko and back towards Kenji. Oh I get it! Sure call me tonight! the boy waved towards Kenji and Kenji waved back. A-A-Anyway... Where were we? Akihiko looked towards Kenji with a intimidating face. We were about to give our parting kisses... he said with a smile while he leaned in closer and wanted to kiss Kenji. Kenji was panicking he didn't know what to do. Kenji rocked the table enough to knock over his cup of coffee. Oh I am so sorry Akihiko! I didn't mean to do that! Sorry but I also have to go... That's alright babe take care! He leaned in closer again for a kiss. Kenji sneezed out of his way. Sorry I have to go I forgot to take in my allergie medicine! Akihiko looked a bit disappointed but quickly smiled again. that's okay! I will call you tonight! Kenji nodded and waved goodbye. Wow... Kaito is such a lucky boy! Kenji said as he walked towards Kaito's house to report.