We're On a Puppy Hunt (Job/Aerwyna) 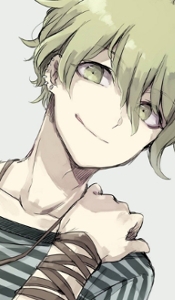 We're On a Puppy Hunt (Job/Aerwyna)

The young green haired lad now found himself in Magnolia, a very unfamiliar place but still felt rather comforting. Luard found his business today coming from the request board, seeing as now he had a reason to gain money, it was to be expected to start helping those to better the name of his guild. Since his membership was still new, he would like to at least pay them back for the kindness they have provided him so far. And with this specific job how could anyone not have taken it up he pondered to himself.

Where he was headed was to the home of a breeder of sorts, while letting a mishap take place, his little pups had started an adventure of their own. Walking down the sidewalks with a smile and not many cares as he kept that image of himself. Luard had to admit the rather well architecture of the town, moving attention from building to building to even admiring the pavement, from an outside perspective this would seem rather odd, luckily for his case those thoughts aren't on his mind. He was very focused around the area not only for that, but to take notice of any little animals scurrying about, much easier to just catch them along the way if they did happen to pass by. However the large traffic that this town carried didn't make that part any easier. Perhaps this job would be more of a task then he thought..

But for now Luard had to visit the residence of the breeder, to at least get some more information to help his search. Magnolia seemed like quite the vast environment, and it wouldn't wise to simply walk around and end up like a lost child in a store after all. 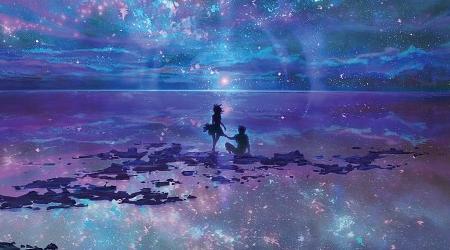 In clear blue water
“You haven’t seen any of these type of creatures before, have you Aerwyna??”

“No… not really.” Aerwyna answered her toadstool friend “Although with the way you have described them when you have read the job to me, they sound extremely cute! They should be easy enough to spot since apparently some of the people were even feeding them at one point!”

“That is what I told you indeed, oh, careful Aerwyna!” Kinopio cautioned as Aerwyna walked over a pothole of sort without being overly aware of the ground environment and then tripped up. Another thing that the female didn’t notice was that she tripped right next to a man. “Oh my gosh…” Aerwyna groaned. She couldn’t believe that she tripped over again. The pain was just as painful as always, she had to stop being so godamn clumsy.

Suddenly, some yapping could be heard right next to her, and she had to lift up her mop of blue hair and look to the side. To her surprise, it was a creature that Kinopio described perfectly, a puppy!“Oh my…” She smiled softly, so that is what a puppy looked like.

“Kinopio… keep… the puppy busy while I get up!” The female commanded regally while she tried to get up, wobbly in her steps.

So far, it seemed these puppies were some kind of masters at hide and seek. Luard presumed he'd at least be able to find one of the little guy's before his arrival, but with the nearing steps to his destination it seemed he underestimated his foes. But suddenly coming in front of his vicinity was that of a very blue figure, he may have been able to exam her better if she hadn't been falling before him this very second. Halting his steps, as to not step on her, with a slight head turn. He glanced down at the blue haired woman and her.. Mushroom-like companion?

Well this certainly wasn't something that Luard was expecting to interact with during this simple job. But the comical nature that has befallen with this girl, pun intended, made him wish to acquaint himself with her. If it wasn't for her groan of frustration followed by the quick interruption of little barks to the side, he would have asked her if she was hurt, that is the correct thing to do after all he believed. But the entirety of his attention was now shifted to his goal. Overhearing the demand given from the lady had it seemed as if they had shared the same goal. Well now sounded like a marvelous time for him to interject and greet the duo, as he had already planned to do so.

"Well hello there little guy." Luard reached down and placed his right hand on the large mushroom. "Oh my apologies, I meant for my hand to land on the other little guy." He used his free hand to rub the back of his head while laughing a bit, moving the other a bit further onto the captured pups fluffy head, not only because of its softness but also to make sure it stayed put. Hopefully he didn't let his small joke harm the mushroom fellow too deeply. "Anyway, I couldn't help overhearing that you also seem to be on the puppy chase. Funny how fate works its strings like that." He would offer the still downed lady a hand with a more genuine smile then one from humor.

"Oh of course, introductions should come now. I'm Luard, and I'm on a job to help find these missing balls of fluff." Luard had now gone back to his normal stature facing towards the blue haired woman, whether she took his offer or got up on her own. He offered up his casual smile with a small bow towards the two. A slight back and forth movement of excitement could be noticed, what was going to be a simply cute rescue mission may be turning into something with much more fun. He couldn't help but glance towards the toadstool while thinking that with a small chuckle.

Kinopio’s shyness instantly took over. He didn’t think that someone would place their hand over his mushroomy, squidgy head. He couldn’t believe that someone other than the mermaid princess had tried to use their comforting hands… ON HIS SPOTTY HEAD OUT OF ALL PEOPLE. “Please don’t touch me again!” The mushroom man croaked. He was upset that it wasn’t Aerwyna.

Taking the man's hand, the mermaid princess had some help getting up, what a gentleman. Aerwyna enjoyed that, he seemed rather polite and treated her so much better than some of the people back in the sea. Of course, nobody else was meant to know that there was some tensions with her because of her title as princess. So she never dared to bring up her title at all.

“Pleased to meet you! My name is Aerwyna and I am also on a little job to find them. I would like to find them quickly though! Let’s work together.” Aerwyna suggested, she felt this was a good idea because she felt that three heads would be better than one if she counted Kinopio. She was sure that Kinopio was going to help as much as possible.

Some more yapping could be heard and Aerwyna looked to the puppy that stayed near them with it’s cute tail flopping around and with it’s head tilted, they looked so cute! Just as cute as Kinopio himself!

» Aerwyna Salvatore
» Free trip to the spa! (Gala x Aerwyna)
» Aerwyna's Secondary Magic Training (Private)
» Where Oh Where Could My Puppy Be (Job)
» Puppy's on the run [Job Solo]