Peace Out for a Time

Peace Out for a Time

YO! Don't celebrate yet - you're not going to be permanently rid of me.

Anyways, I'd like to note that I (Seven and Kissos / Shipping Goddess) will be inactive for roughly two weeks. And by inactive, I mean not on most of the time. I may occassionally pop in to talk and everything, but honestly I'll be shocked if I am on to do more than check my notifications for the > Fuga meme (Go read that!) The reason being that I need to get myself together, plus I'm super depressed at the moment. I am having my grades lowered, and I am in a state of a cycle of limbo where I just don't do my work and then do the work late, but the late work cuts into the time of my current work, so I just don't do it altogether. I can't continuously do that, so I've decided to cut myself off from the site for a while as a form of self-discipline.

This site takes up too much of my time - and that's both good and bad. It's good because I know I'm engaged and the fire this site started in my heart is still raging, but it's bad because I've become pseudo-addicted to this place! Normally my hiatuses... hiati? Anyways, normally the breaks I take aren't from my own doing, but instead of some external source that pulls into my activity. This time, you can all blame me. For the threads I'm in or jobs I'm in you guys can cancel them if you want, save for two: My job with Roy the Chanter and my secondary training with Leila, I'd rather those not be canceled because I have stuff actually put into those threads. For every other one you can either cancel or find replacements, whatever.

Lastly, as a note to staff, I'd like this to be regarded as an official notice of my hiatus, and I as an RPer would like to still be regarded under the members of SS. By that I mean I would still like the account Seven to be counted when you look over the 5 active members of SS. I should be back before the 2 month mark anyways, but this is a just in case the worse comes to worst. If we STILL don't have five members even including Seven - then so be it, but I would at least like Seven to be counted amongst what little members we have. 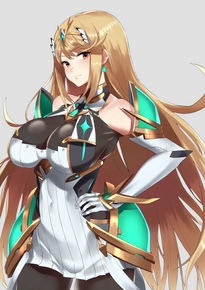 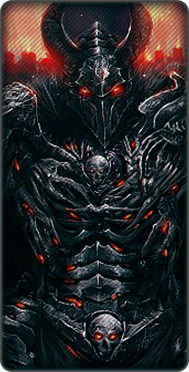