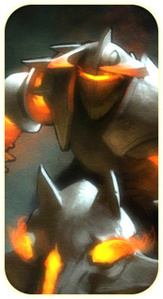 There was a day sunny beautiful day once when Nessaj's our terrifingly angry suit of magic had ran into a poor mailman whose truck had lost power and crashed into a tree, "Oh my boss is going to fire me now for sure." Nessaj paused a moment as he looked over the man from atop Armageddon, the warhorse of chaos, before he attempted to go on his way. It is Nessaj's way of saying hello I suppose, he was never too interested in people after his untimely fusion. The mailman however noticed him and called out for assistance, "Please sir can you help me?" Nessaj's helmet turned to the man towering over him, "And just what do you think would pry me into wasting my time with you?" His voice growled and echoed as it was spoken from the helmet. The poor man now scared he may have bothered someone from the wrong side of town, "W-well wait," He digs through his pockets to scrounge up whatever he can muster with value, "Take this, b-b-but please just help." Nessaj's gaze moves to the money then back to the man, suddenly without a word Nessaj grabs the jewels from the man's hands as his horse trots to the side of the road next to the bag of letters. Nessaj leans down to the bag of mail grabbing it and strapping it to the saddle. As Armageddon trots passed the mailman again she steps in a puddle splashing muddy water onto his pants before trotting off to the last remaining houses needing their mail.

Nessaj gets to the first few houses easily however after flipping the letters he comes across a letter addressed to a certain family he once used to know before his fusion. The memory was blurry lost to the armor's magic destroying and replacing some of Nessaj's old memories with it's own. Except just as the armor destroyed pieces of the old Nessaj, he had done the same to the armor, for he was not himself nor was the armor in control. They were not two but one. His horse stopped at the large mansion like home, Nessaj looked up at the home as more memories returned then he saw her in the second story main window looking out at the world. A girl from his childhood but was she real or just a memory, he could not remember her name. Shaking his head Nessaj returned to his task at hand not letting himself get distracted. 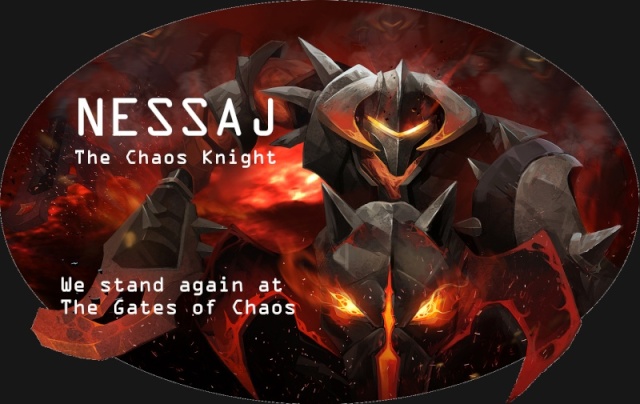