Why am I doing a job for someone who doesn't understand the art of poetry?!? [Job/Corliss]

Why am I doing a job for someone who doesn't understand the art of poetry?!? [Job/Corliss]

Job Description:
Amidst the old ruins of an abandoned Guild Hall
Through halls that echo in the winter and fall...
The souls of the damned walk alone
Waiting for their master to resume his throne...

A single mage controls the damned
Stores his corpses in spaces crammed...
Experimentation of unhealthy sorts
Their evidence decorating the courts...

Though doors may slam, and windows may break
You must endure, or succumb to your fate
Battle the waves of undead as they stand
And walk out with your comrades... hand inside hand.

I've run out of things to say in the rhyme
I suck at poetry, since I have little time.
Now take this damn job you filthy peasant
And hopefully your day is pleasant.

Non-Cryptic Version:
Go to the abandoned guild hall and find poke around until you run into some way creepy necromancer guys who's been stealing random people of all ages and genders to use in some way creepy experiments. You'll hear a bunch of way creepy sounds: stuff running in the walls, things above you shaking, windows shattering, footsteps behind you even though there's no one there, children singing creepy stuff; the works. You'll also see some way creepy stuff like dead people walking around with parts of their bodies missing, and if you attack them you'll notice they were never there to begin with...

In the very center of the place you'll find your target and he'll explain he was using this place to learn to bring his dead wife back, and decides that using a wizard might produce better results. Unfortunately capturing him alive isn't an option and he will continue hunting you down if you run... so your only choice is to kill him and obviously steal him and his wife's wedding band as proof of you beating down some desperate person... you sick bastard.

Anyhow, you disgusting excuse for a human, this job is more or less story driven. Damage, hits to kill, and many mechanics are entirely up to you. I advise going with a sense of realism, but if you don't wanna do that then oh well.

Enemies:
Weak: Spears x100
Just what it says on the package. A hundred spears start flying at you from the walls, floors, ceiling, through tables and any other surface.
Normal: Little Ghost Girl (aweeee) WITH A KNIFE! (-screams-)
Dozens of them! They seem to be following you and if you can't somehow hit ghosts because of an effect of your magic you better be damn good at running jefe!

Strong: Bob
Bob the but-ler! Can he serve you? Yes he can!
Bob the but-ler! He's gunna kill you! Fight and stand!
A 7 foot tall, rather large gentleman with what may as well be tree trunks for arms, and a very litteral tire sticking out the back of his head. He has a rather fancy suit about his body, though torn in many places it is, the napkin hanging over his left arm remains spotless. As for the mace he carries, it appears to be quite bloody. This marvelous chap seems intent on serving you your death and it's highly advised you deal with him. If you roll a strong dice multiple times, it means you will encounter other variations of him, including females if you so wish... good sir! 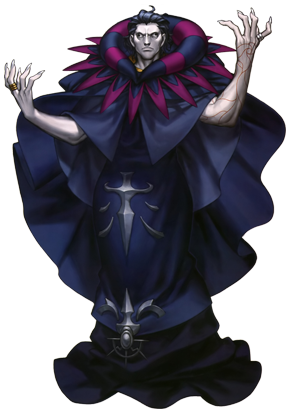 Boss: Necromancer
Because why not? Of course there has to be a creepy looking necrophiliac behind this whole charade! He'll tell you tales of the good times with his beloved and how she tragically died at the hands of a plague in an attempt to save hear dear friend who holed himself up in an abandoned cabin, and had her arm torn at. He'll even admit to not caring if she were a zombie herself so long as she would be capable of holding him just one last time... But alas his endeavors are in vain as he lacks the magical components by which to power her cold body, but AHA! a moment of glory as he realizes he can rip the ethernano straight from YOUR corpse and use it for her's, such a splendid plan! (Kill him.)

Wind rushed past Sorano's ears as the ground grew closer ad closer. Suddenly, her hand flashed out, moving too fast for one to read what she had written in midair. With a sudden pop, a huge cushion of air appeared below her, and she hiwith a soft thump. After lowering the amount of air inside until she was touching the ground, a wave of her hand and it disappeared. "Ooh, Sorano! You're so good at magic already, I bet you'll be one of the strongest members of the guild soon!" Frowning slightly at the enthusiastic exceed, the letter mage responded with a, "You realize that is a rather rude thing to do, Hoshi-chan? To say so blatantly something out considering the myriad powerful people in our group."

Waving along the path, the pair would stop at the entrance into he old wood, famed for its frightening appearance. "Ai ya... A-are you sure it will be okay?" Hoshi's high, trembling voice pierced through the gloom, clear yet wobbling. Tilting her head over her shoulder to glance at her companion, Sorano nodded as reassuringly as she could. "Yeah. Don't worry, Hoshi, you'll be just fine. You've been to the Spooky Forest many times before haven't you? I don't recall you ever getting into serious trouble, right? Just know that I'll do my best to keep you safe, no matter what." Sparkling eyes gazed up at the girl who had once saved her life. Having always viewed Sorano as a savior figure, Hoshi found it difficult to find fault with the seemingly strong girl. At this rate, she would only ever learn the hard way that saviors weren't perfect.

Nodding again at the exceed, Sorano continued on. "Hm, okay. This is where we agreed to meet Corliss-san, so if we wait here a bit, she should be here soon. You have all the job details?" Thinking momentarily, Hoshi brightened again, saying, "Yeah! We have to investigate an abandoned guild hall, right? Apparently there's been weird energies around it! Uwaaaaa are you sure it won't be scary?!?"