The sun was resting high in the sky above the massive capital city of Fiore and casting shadows from the buildings all over the place. There were birds singing and people all around the city were preparing for their days with that special someone. Mitsuo Takahashi was sitting on a park bench dressed in a charcoal gray suit with an orange shirt and no tie. His hair was somewhat neater than usual as he had run a comb through it, though it didn't make a huge difference with the way his hair was. He was holding a single red rose in one hand and a book in the other, which he was reading as he almost always was. The book was on God Slayer Magic, not the most romantic of subjects, but he spent almost any moment he was free studying on the subject, and he didn't want to miss a chance.

As he read the book he was keeping an ear out for someone approaching him. He had mailed in for a  "blind date" application that he had seen in the paper, something that he had great interest in, one of his goals in life being to fall in love. He didn't think it would happen with a blind date, but he also knew that it was impossible to know unless he tried. As he sat on the bench reading he wondered what the man or woman who was coming to meet him would be like, and looking forward to the interaction greatly as his mind wandered with different ideas of his date. 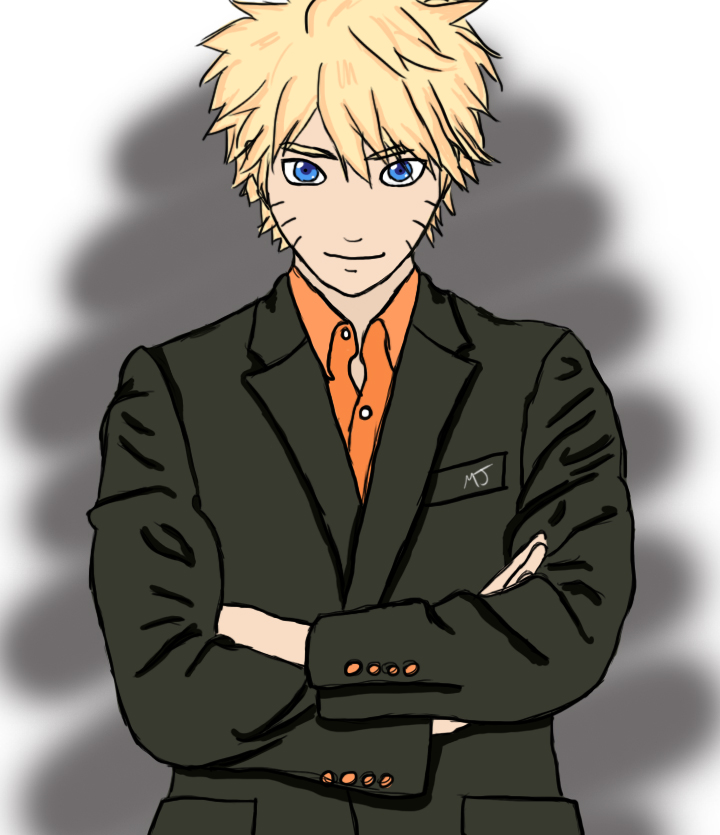 Noon was hardly a good time for any kind of romantic activities, even if the two people who would be meeting weren't romantically inclined. It was always so busy around the shops and restaurants as men and women alike stripped the shelves of flowers for their sweethearts and made reservations at the fanciest spots in town for the 14th. All of that being said, it was a time of year Kistiñe tried not to think about too much. As a young woman, one would think that her mind would be filled with hopes and dreams of meeting that special guy or girl that would whisk her away from all of her troubles; she was not that kind of girl. There had been many instances where her dates had disappointed her, thus causing her to seek far more...informal relationships. To put it mildly, she never stayed with one person too long.

With the help (and some borrowed clothes) of a friend, she had managed to make herself presentable to the most scrutinous of souls and quite ravishing to the rest. In her short black hair was the head of a white rose, and her face was touched up ever so slightly with a bit of mascara. Although she preferred much more vibrant colours, her dress was white linen and came down a short way past her knees, with matching shoes.

Her walk through the park had been filled with stares and a few whistles of approval from a handful of gentlemen, but they were returned with little more than a playful wink as she made her way to her destination. Given that this was her first time in a human form in quite a while--a misadventure with a previous lover had left her as a tropical bird--she had decided the best way to get reacquainted with her craft of lust was to simply jump back in; so, she had put a blind date ad in the paper and waited. She had absolutely no idea what the other person looked like, and had already spent about an hour already looking around. It was about then that she noticed Mitsuo sitting on the park bench and walked over. "Are you...waiting on someone?" she asked. Her voice contained a noticeable Spanish accent, and it seemed as though she was unsure of the words she had just spoken.
Mitsuo

Mitsuo heard someone approach him, his heart rate raising a bit as he wasn't the best in most social situations. He knew he was waiting for somebody to show up, though, and he tried not to freak out. He looked up from his book and saw an attractive young woman walking up to him, wondering if it was her that he was waiting for. He knew nothing about who he was waiting for, and it made him a little bit more nervous than it should have. He noticed that she was dressed very nicely and when she spoke to him it took him a second to be able to speak. As he did so, though, his speech was somewhat broken.

The young woman couldn't help but giggle a little bit at how awkward this boy seemed to be--he seemed to only be a teenager judging solely by his looks. Although orange really wasn't her favourite colour, especially the burnt shade that he seemed to be wearing, she had to admit that he wore it well...perhaps it would have looked better with a tie, but who was she to judge?

Watching as he put the book in his coat pocket, a thought occurred to her that perhaps this was the young man who had responded to the ad in the paper; what he had said had more than indicated it. As he offered her a seat on the bench, she smiled and looked down as she shook her head, Although it would have been a much more productive introduction to continue to speak what little English she knew, Kistiñe decided against it solely because she hated the sound of it coming out of her mouth--there was no confidence, no colour in her voice when she spoke it. "Me llamo Kistiñe," she said, laughing a bit, "Puse el anuncio en el periódico.... ¿Es tu nombre Mitsuo?"

Translation: My name is Kistiñe. I put the ad in the newspaper....is your name Mitsuo?
Mitsuo

Mitsuo's Spanish was awful, he would be the first to admit that. He could speak some french, but that was about that as far as the latin based languages went. He was generally good at getting the meaning from latin languages though. He smiled at her, handing her the rose in his hand and speaking softly; "Yes I'm Mitsuo, it's nice to meet you." He was a fairly shy person, but he tried not to show it, though it was nearly impossible. As he held her the rose and spoke he blushed slightly, trying to hide it as best he could. He was very nervous as he had never been on a date before, let alone one with someone he didn't know. "Would you like to walk with me? Or is there something else you would prefer to do?"

Kistiñe took the rose from the young man and held it to her nose for a sniff, a small smile coming on her face. It wasn't very often someone took the time to get her a gift or anything to show for a date, and in this case it was highly appreciated. Under normal circumstances, she would have given a potential date the name and room number at the inn or tavern she was staying by now; but, Mitsuo appeared to be too young for her kind of fun--even though she was practically a slut, she did have standards, and age was one of them. The furthest she would even consider going with a teenager was a kiss on the cheek farewell, and even that was a stretch. However, it was almost funny seeing how nervous the boy was under the circumstances--it was as if he had never talked to a girl before in his life!

"I would not mind a walk...," she said, this time in English. The syllables still felt odd and misplaced in her mouth, and her accent made it clear she was not a native speaker, but the lack of confidence that had been apparent in her earlier inquisition seemed to have disappeared. She knew enough of the language to get her by in the most basic of conversations, but floundered when it came to personal subjects.

Admittedly, the park was beautiful. The winter had been so mild in this area that many of the trees and flowers had not even withered; however, it was certainly not the place for even the most platonic of dates. People bustled up and down the paths, and little children were everywhere. She added, "...perhaps to somewhere quieter?"
Mitsuo

Her smile made him smile as she took the rose, the simple gesture being a part of Mitsuo's idea of romance, which was something that a lot of people didn't seem to care about. He had read several books of romance and loved the thought of a man who pulled out chairs for a lady, gave her flowers, opened doors for her, simple things that go a long way. As he listened to her speak he calmed down a little bit. "I think we can find somewhere quieter, perhaps the waterfront?" He thought of the idea because, while it would perhaps have some people there, it tended to be a bit quieter due to there being this lovely park with a fountain in it, where people didn't have to be close to actual water.