Where even silence won't find me. 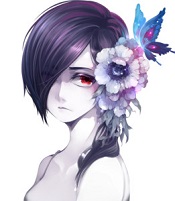 Where even silence won't find me.

June 15th, 21:56
The evening had been a strange one indeed. First there had been the intrusion at the theatre. The shining lights, the light music, the cheering and the laughing. It had sounded exactly like something that a young teenager would like to go see and experience. Dressed in a long black robe with a bunny mask covering her face to hide her identity, it was no wonder that the security at the theatre had asked questions. When the girl herself had been incapable of procuring any tickets or the like, their judgement had been immediate and harsh. They had attempted to capture her and bring her to the Rune Knights. In that endeavour, they had failed, for Xana had broken a couple of noses and some pride by taking down the security.

...After that, the girl had met Simon. A strange magician that was connected to something called a guild. Fairy Tail, if the girl wasn't completely mistaken with her memories. They were getting along rather well, at least for a time. It turned out however, that there were those who weren't interested in seeing her escape such a crime scene unapprehended. The door had been knocked, and the sounds of a canine had scared the girl enough that she decided to bail the scene. Out through the window, locking the bathroom door, she was on the run again, and the night had only gotten darker. Across the black canvas that was the sky, a litter of stars were shimmering brightly through a soft veil of clouds. The moon itself was smiling down from above, lighting the girls way. Not that the darkness was a hindrance to her. No, as an assassin, the darkness was her ally, and she was going to find a sanctum where noone would find her. Having fled to the centre of Magnolia, where the park was, the first thing that she needed to do, was to lose her trail. A large fountain, showing a water-bearer pouring a seemingly endless stream of water, was the perfect place to lose her scent. Climbing into the fountain, the girl was quickly washing as much of the blood off of the blackened robes and the bunny mask as she possibly could. The only light reaching in this deep, was from the stars and the lit streetlamps placed, seemingly randomly, across the park area.

The familiar scent of blood filled the german shepard’s senses as its legs carried it forward across the stone pavements of the city. With both its paws and Deidara’s boots pattering across the ground at a steady pace as they tracked the scent of yet another person throughout the city. Already the annoyance of a creature known as Simon was pushed out of her memory, he wasn’t worth actually devoting her thoughts to him.

What did prove worthy of her attention however was the source of the blood drops at his door and the scent of another fleeing from the other side of his house. Leaving through the back was not something that one with a clear conscience would do, and given the brat’s words he was either most likely made a saint as a political action on the council’s part or he was simply acting in such a way to cover something up.

Soon enough the pair of them would arrive one of the parks in the city, the canine leading them towards its large fountain in the centre of it. “I see...” Deidara said quietly as the creature would begin walking around the fountain, sniffing for the trail that ended at it. Her gaze turned to look across the park in the relative darkness, portions of it being revealed or dimly lit by the lacrima lamps dotting its walking area and some of the benches.

The white hair woman’s attention would soon be directed towards two people sitting on a nearby bench, speaking softly with one another in slightly worn clothing. Giving the leash a gentle tug she approached the pair, using her other hand to idly reach into her purse to feel around for a wallet. “Excuse me, gentlemen. Have you seen anyone entering from the north east section of the park and taking a bath in the fountain before leaving?” She spoke up as she came to a stop between the two of them, her finger slipping open the wallet to begin plucking out some of the jewels from one of her latest paychecks.

“Enough jewels for each of you to spend a weekend in a decent hotel, eat hot meals during your stay and some left over for clothing or even a train ticket to someplace else in Fiore if you feel you would do better somewhere else.” Deidara said simply while holding up the pieces of paper in her hand, holding it out to them in such a way that as their gaze was drawn to it they would notice the badge hanging around her neck.

“… I saw a kid in the fountain just a few moments ago.” One of them said as his hand lifted up to gesture towards the fountain.

“Not sure if it was a girl or boy, but wasn’t an adult. They left through the opposite way in a hurry... Probably the person you are looking for.” The second affirmed with a nod.

Further on, through the entry or exit to the park, the girl was now on her knees dislodging the grate to the sewers. It was rather heavy, and the girl wasn't exactly fast when it came to moving things with strenght. Dragging the grate to the side little by little, it was making a loud metallic clank with every little bit that she managed to drag it. Yet, it only lasted so long, because before she managed to pull the grid aside, the girls eyes fell upon the pursuer. There was a canine with her, and she could hear the snarling. Drenched in water, and tired from fightin and fleeing the entire evening, she wasn't exactly sure how to approach this situation. Definitely, Xana was unwilling to allow herself to be captured, but she also wasn't capable of fighting at current. The grate over the sewers was only slightly opened, and she wasn't sure that she could squeeze in there. If she was somehow capable though, she could possibly buy herself a little more time to escape, as the canine would need it further opened to slide in.

Upon the sight of the smaller figure standing still, as if it was a deer caught in the spotlight, Deidara came to a stop as she give a short command for the dog to sit. The hand holding the leash would idly reach down, scratching the animal behind its ear while her attention was on the masked person, violet eyes briefly taking in the sewer entrance and the person itself. “Ease now, I’m not planning on hurting you.” Deidara would say as she attempts to give the person a friendly smile.

The blood. It was from those security guards at the theatre. Apparently this individual in front of her at current had gotten no report of a figure matching her exact size and signature having comitted such a crime. It was fortunate, for the time being, but there was no saying when the entourage would arrive with the information. It meant that Xana would have to keep on guard. Even then, there wasn't a way for the girl to really reply to the other. Being mute wasn't always the easiest thing, so she would have to attempt communicating mainly with gestures.

Visibly shaking her head, Xana attempted to communicate that she wasn't wounded. Simon seemed to have been a good person, and getting him in trouble for no reason wouldn't benefit Xana at all. In fact, if the two of them could become friends, she would likely always have a place where she could hide or seek help. Then again, even that was doubtful. Staring at the dog, it was clear that Xana found the canine to be far more imposing than Deidara. It must've been suspicious exactly how much on guard she was, and how desperately she had attempted to remove her trail...

A mild look of confusion spread across Deidara’s face as she witnessed the head shaking, was the person too scared to talk or didn’t wish to expose their voice? The head shaking was obvious in its intent, even if she had asked two questions. No, the main cause for her confusion was the strange gestures the person made. If they were wounded in a leg than surely there would be signs of it unless the dealt with pain well, even more so as she noticed the sewer lid being slipped aside. If this person wasn’ injured, and neither did Simon seem to be, then why would she run and whose blood did she see before?

It was only when her eyes continued to study the bunny mask did she piece some of it together, noticing the slight way that it was tilted towards the animal at her side rather than towards the person addressing the wearer. “So he didn’t do anything strange to you?” She asked again as she bent her legs, crouching down beside the animal to look up at the bunny masked figure.

Standing there, the other may have thought of a ton of positive things. There may have been genuinely kindhearted motives behind her actions. There may have been a real desire to assist and help. Yet, all that these intentions had amounted to, was for the girl to feel like Deidara was trying to close in to capture her. The canine was especially threathening to her. So, without much further, the girl would take a step to the side, with the intention of jumping into the sewers. Unfortunately for her, she stepped on just the edge of the grate, causing it to snap closed, with only her leg in the way, effectively pinning her in place halfway on the ground, and halfway into the sewers. Gasping in pain, the girl was trying to escape as quickly as she possibly could, attempting to push the grate away, yet from where she was, she couldn't get enough weight behind the action to actually force herself free. So there she was, with one leg and her torso awkwardly sprawled across the pavement, while her other was stuck down into the sewers...

A single eyebrow rose up at the sudden drop in the figure’s height, her violet gaze looking at the now struggling woman as a slight smile curved her lips upward. “If I wasn’t on the job.” She began to say as she lead the dog over to a nearby bench before tying him up. “I might laugh at that little misstep of yours.” Deidara continued on while approaching the struggling figure, crouching down just out of what she expected the smaller figure’s reach to be while keeping her own arms within reach.