~~~~~~Prologue~~~~~~
While making his way to Era, Seikatsu couldn't help but remember the flirtatious girl from his previous job. He bagan imagining himself having a relationship, and immediately punched himself in the genetals to remove the thought. He fell to his knees clutching his privates.
"Silence such absurdities boy. You killed your family! For such atrocities the only reward is a slow death." he said angrily at himself with the ghost of his past burning in his heart.
After recovering, he pulled the slip of paper that white haired woman gave him and began skimming it. The paper was a folded up job listing, probably stolen from some guard or bounty hunter of sorts, describing a convict who'd escaped not too long ago. Seikatsu was unsure of the severity of this situation, and wanted something to get his mind off the past. He put the paper in one of the folds of his robe, and made haste for Era.

Act I: The Escape!
It took Seikatsu several days to arrive at the prison in Era, and he'd lost valuable ground compared to the escapee. The warden greeted him and showed Seikatsu to the cell that was broken out of. Upon arrival, Seikatsu noticed a rather large, gaping hole directly in the center of the cell. "I'm not questioning the quality of your guards... but how in Fiore did you NOT notice that?" Seikatsu asked sounding fairly frustrated. The warden stuttered, unable to come up with a proper response, so Seikatsu stopped him before the man blew a vein. "Just give me the prisoner's file, a map of the area, and a lantern..." Seikatsu said while resting his face on his hand.
The warden gave Seikatsu the requested items, and Seikatsu jumped into the hole. He followed the tunnel for what felt like hours until he found a light shining through the roof. Seiktasu clawed his way to the surface, and found himself in the middle of some fairly thick woods. He took a position in one of the tree, and began studying the convicts file.
Ninetails Derpfox

Act II: The Hunt!
According to the information, he had a kid when he was arrested. Seikatsu began to imagine himself with a family again, and like before, punched himself, this time in the gut. He didn't crumble to the floor, but it did slow him down. The files says he has a house in the woods, and he circled the location on the map where he came out of the hole, and the general area where the house should be.

Seikatsu came across a shallow mud puddle, with several footprints encrusted in it. He gave off a creepy half smile "I found you..." he said in a crackly low voice. He was glad he waited till the sun was out, otherwise he never would have seen the footprints. The mud was stuck to the convicts shoes, and was coming off little by little leaving Seikatsu a nice trail to follow. The trail ended at a pair of shoes hanging on a bush. "So you got smart, huh?" he said in an intrigued tone of voice. He noticed a trail of broken twigs leading in a pretty uniform pattern. "Not smart enough." he said feeling relieved. Following the trail, lead him to a small, run down house surrounded by brush.
"Bingo!" Seikatsu said triumphantly, and went to the nearest window to try and listen in. But could hear nothing, se he decided to let himself in...
Auorraprevell 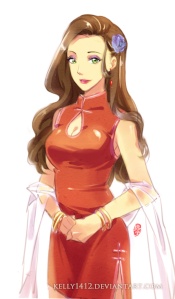 Act III: The Deal...
As Seikatsu entered he was staring at a rather large, gaunt man who was waiting a few feet from the door. "I assume you're here to take me back?" the man said calmly. "Perhaps, but first, why did you break out?" Seikatsu replied while preparing for the man to attack. The large convict stepped away from Seikatsu and sat down on a tree stump shaped like a chair. "When I was arrested I had a child, it's been some time and I wanted to see her at least one time." He said while somberly looking at the ground. Seikatsu stepped in fully, and leaned against the wall across from him. "I'll never know what you feel like." he said in a cold, envious tone. The man looked at Seikatsu and prepared to talk but was interrupted "But if it means you'll come quietly, I'll accompany you to see your family and escort you back to prison." The convict smiled, stood up and bear hugged Seikatsu, who now felt very uncomfortable. "You have a deal little man!" he said while putting Seikatsu down.
The man made dinner from some items he... 'borrowed' from unattended stalls in the town market, as well as some tea and explained where to find her. Seikatsu offered to take him directly to where his wife lives, and keep any guards off his back. The only hitch is that the man has to be in eye-sight at all times. The man agreed, and the pair spent the night in the broken down shack in the woods.
Ninetails Derpfox

@Auorraprevell
I have no problems doing team jobs, but you have to apply to do them. For this one I was already approved to do solo, and I typed the whole things up...
Ninetails Derpfox

Act IV: The Visit...
The two set out at dawn, with the convict walking in front Seikatsu, and Seikatsu holding the grip of his sword 'just in case.' Some guards approached the pair when they identified the man as the escapee. Upon making an attempt to detain the convict, Seikatsu drew his sword, and placed it at the nearest guards throat. "I'm bringing this one in, and taking my bounty you insolent pile of rat feces. If either of you have a qualms with this, let him speak and I shall remove his tongue." He said in a menacing tone. The guards backed off, and let the two continue into Era. The guards Seikatsu and the prisoner after didn't bother getting in the pairs way, they noticed Seikatsu carrying his sword unsheathed under his cloak. After the two passed the guard station Seikatsu said "I'm glad those men weren't all that manly..." The convict was surprised "I thought you wudda done it for real!" he exclaimed. Seikatsu nudged him and they approached a yellow, two-story house. The man walked inside as though it was HIS home, and upon entering he hollered "Sweet heart? Is anyone home?" and the sound of pitter-pattering footsteps was heard coming from upstairs.
Moments later, a small child flew from the stairs and tackled the convict with tears in her eyes. He lied to his wife, and said the prison let him have a day to visit, and his wife was glad. All day long that kid wouldn't let him go. For the entirety of that day the little girl was either holding his hand, on his lap, or sitting right next to him. Seikatsu felt so bad for the little girl he decided the prison could wait another day, for which the convict was extremely grateful.
Ninetails Derpfox

Act V: The Return.
At sunset of the second day Seikatsu gave the father time to say his goodbyes. He opened his mouth to tell his wife that he actually escaped, but before he could she said "I know." and passed him one of his wanted flyers. The little girl was fairly distraught, and cried buckets over her dad having to go back. Seikatsu approached her, knelt down, and placed a hand on her head. "I'll make you a deal. Stop crying, and I'll find a way to... 'persuade' the warden not to give your old man more time for breaking out. Mmmk?" He said in a friendly tone. The child agreed, and forced herself to hold back her tears. She gave a final hug to her dad, and the two set off for the prison.

At the prison, the man was escorted to a cell that wasn't at ground level. Seikatsu had a private meeting with the warden where he requested the man serve only the original penalty. When the warden scoffed, and tried to deny the request Seikatsu drew his sword and put the tip directly in the middle of the wardens eyes. Seikatsu's anger, and impatience with the warden could be felt echoing throughout the room and from the warden's perspective, Seikatsu was a hell beast of sort. The warden agreed, with the intent of lying, but Seikatsu forced him to put it in writing and even sign the paper, as well as put the prison's official seal on it and the copy of the document. Satisfied, with the deal, Seikatsu left the prison and went back to the convict's house. He gave the prisoner's wife the document, and she thanked him with a smile. The child gave Seikatsu a hug before he left, which made Seikatsu feel worse about himself than any memory he ever had.

While leaving the town, all he could think was 'I could have had that... if it were not for my own foolishness'
« View previous topic · View next topic »