Between The Lines [Izayoi; Private] 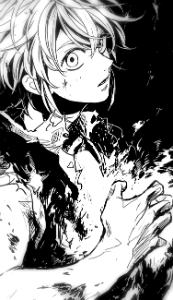 Between The Lines [Izayoi; Private]

Of all the libraries in Earthland, Fiore was surely the country with the most diverse spectrum of literature, be it scientific or fiction, that Earthland had to offer. Whilst he had found that it lacked the depth of nations such as Bosco or Bellum, there such an array of diversity to choose from, that Lyserg truly had to marvel what kind of books he had found throughout the centuries in Fiore. And the library that had the absolutely highest amount of diversity was Oak Town. Likely because of the colorful amount of people that had nisted themselves into the streets of the historic city, there were books from theories of magic over the most complex and unheard of works of fiction and philosophy. A treasure trove of literature, so to speak.

And today was another day, after having decided that his kingdom was well-protected under Gil's clutch, he had decided to make his way into Oak Town's massive library. Although it didn't look like much from the outside, the building being barren and brittle, and its insides not seeming as large as they were, it held a mountain's worth of information. What nobody knew was the density of works here was around 10 times higher than in any other library. Whilst it wasn't spacious, books were piled up in corners, every edge of every bookshelf was filled. There was little order to the arrangement, which was perhaps what many people disliked. But a man such as him appreciated a little challenge. And after the many times he had come here, he made it a small form of entertainment for himself to guess where certain books had been placed by observing just what kind of people were walking in and out of the library.

Setting foot into the building, he recognized the scent. A specific scent that pages made when they began decaying. The books in this city were partially older than itself, even older than Fiore. He had once found a book named after observations of an older culture of people, even older than the people he was originally part of. An interesting and expansive book on the culture that existed before the dawn of kings and larger societies. And because of that book, he had decided to visit more often. Greeting the lady at the front desk with a complete uncharacteristic, kind smile, he went on to swipe through the shelves lurking for a book to read. He had felt the urge to expand on his own Magic a while ago, and was now searching for some theories regarding Time. Moving throughout the rows, his eyes fell upon a title called "Magic and Time." Not sure if it was a novel or a scientific piece, he pulled it out with squinted eyes. Furrowing his eyebrows in surprise as he found the book to be a work of science and research, he clapped it closed and went into the back section at a table to begin reading.
_____________________________________________________________________________________
The Forge
Izayoi Burakkurōzu

In the main study areas stood a silver haired girl standing next to a giant pile of books, flipping though one. One the floor and surrounding area were quite a few other, some clearly discarded forceably. Izayoi had gone to Oak Towns library today mainly to raid it for any info she could find on magic. Most of which to this point she already knew, which was causing her much frustration. "Stupid humans..." she mumbled to herself as she slammed a book shut and tossed it over he shoulder. One of the librarians had tried to stop her a few hours ago but had given up. Izayoi grabbed another book and flipped it open, is was a book on magic theory, mainly elemental magics and such. "Stupid!" she tossed the book over shoulder and pulled another book from the pile, leaving the other book to lay where it fell. She would continue this until someone interrupted her or she found what she was looking for, a rare book called Magic and Time. Until she did find it, she would continue her abuse on the books the library had.

A book flew and hit a shelf next to Lyserg's head. He had been so focused on the book in front of his face that he had not noticed something so trivial happening right next to him. Torn out concentration, his head flung up and clocked in the direction where the book came from. A white haired, adolescent looking girl met his gaze halfway across the room. He squinted, drew a breath in and memorized all the things he could about her. She was tall, unusually tall. Short, white hair and red eyes. Bright skin, as if she did not get enough sun but still lived healthily. Rugged clothes and a demeaning look on her face. In short, she was not exactly impressive, but she seemed like a pesky troublemaker.

The outer edges of Lyserg's lips fell as she began yelling through the entire library whilst approaching him. The moment her hands stretched out to grab the book, Lyserg folded it close and immediately stood up. To his surprise, the girl was even a tad bit smaller than him. "I would apologize if you weren't so impolite, young lady. I am reading this peace, and I would advise you to not try and take it from me. I do not believe someone like you.." He stated letting his flickering eyes rested on her face, registering every little corner and edge she had in his mental databank. "Would have a use for this piece of literature." His intention was to provoke. It was intriguing why a young girl like her would want to read a complex and unheard of book like the one he had been delving into just now.

Izayoi raised a eye as the man called her young, she was unsure of the mans age but she doubted he was anywhere close to her own. Izayoi huffed and returned to her desk, "very well..." she pulled out a large leather bound book. She open it and started flipping pages, looking for the theory she had created. She sighed, she didn't understand why it would not work. She had to protect her sisters, and perhaps that mean she had to go back and try and kill the stupid demon hunting them. "Human, do you perhaps know anything about the cross theory of time and magic?" she looked up and cocked her head. "I have tried to fold time onto itself but have never been able to maintain it. I am simply thrown to the events that i already have done and am unable to alter them." Izayoi closed the book. "Perhaps you have some insight?"
_____________________________________________________________________________________

» Lines of.... So So SOOOOOOO Many People [Job: To Earthland... And Beyond!| Romulus Lupine| Join if you wish. I hate lines]
» Strange Date.(Izayoi/Alexander: Private)
» Attack of the...flying things (Private, Dmitry/Izayoi)
» Lines are fun! (Job)
» Lines.... Lines.... And more Lines