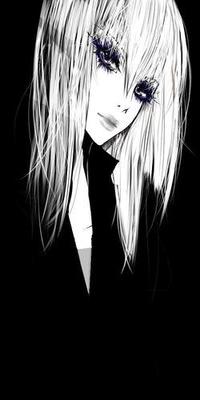 Empress of the Sky

As she was pushing through the crowd trying to push everyone slightly out of the way,she wasn’t shoving anyone as her tracks was clear for the time being. To think she had to go to Hargeon after this to meet up with Mathurin and some other girl she couldn’t remember at that moment I mean she really didn’t have that good of a memory to begin with. As she would turn her head slightly feeling the male who she was with touch her shoulder. It was bad that the guards was already looking for them but it wasn’t something she would say she enjoyed. There was two normal guards towards the west and one armored one towards the east. Both parties spotted the two blood covered mages,which wouldn’t be so good. Mikomi eyes will look toward Kuro as if to tell him to eliminate the other guard. Kuro understood what she had meant. Unspoken communication was one of his specialties, honestly. He could easily understand what people meant by their body language and various other things. Though his skills with that failed sometimes, he was good at seeing the unseen. It came in handy in this situation, since this bastard was apparently the brother of the guy he had killed earlier, judging by the giant claymore and armor. He was too tired to pull a physical deathmatch right now. Rather, he just did not feel like it. He needed more training with physical confrontations without magic before he would try that again. Of course, that did not mean he would refrain from entering a close combat fight, he would simply use magic this time. He probably could have used his swords if he had them, but the dust was dangerous to use. One particle forgotten, and he could easily kill himself, even. A strange but true fact of life was mortality.

Kuro grinned, and slipped into a nearby alley, close to the one which Mikomi went to, waiting patiently for the man to arrive in the alley. Kuro knew the way the man would swing his sword, as well as the size of it, having seen the exact same type of sword earlier today. Yes, he would win this, no doubt. The question was merely how he wanted to do it. Well, he was also curious if the man would try arresting him or just killing him. You never could be too sure with Rune Knights.

He did not get much chance to think about it, as the man charged toward him with a vertical strike. Being the ass he so often was, Kuro immediately stepped out of the path of the blade, before throwing his arm forward and releasing a good bolt of electricity at the man. The electricity itself did nothing too bad, merely stunning the man for a moment. The man shook his head, clearing his thoughts and nerves from the shock. Kuro grinned, before he held his hand up, in an open position, as if holding something in his hand. Kuro then closed his fist like he was crushing something in his hand. At that moment, the armor the man was wearing shrunk exponentially, crushing the man with it, until it was the size of a basketball. Kuro kicked the heavy ball towards the trash nearby, amused that he had been able to do it without blood. Kuro glanced at the claymore before shrugging and strapping it onto his back. Weapons like that were not too out of place. Most would simply take him as a mercenary of some form, and leave him alone.

Empress of the Sky

Misaki would stroll through the crowd as she was hoping no one was in a panic at the time,she was more built for doing things alone. But she also had times she needed to reach out and actually help other people of the guild though she was the leader of the secretive branch of the guild. Her eyes will look forward as the forest view would be seen. She will come to a stop as she will stand at the entrance her hand placed on her waist as she stood there. Her mind going through the different events that had happened on this job and forced her to actually have to work with someone. It was a bit annoying,but overall she enjoyed herself that’s all that mattered at that moment. She smiled as she looked at the forest,her head turning slightly as she noticed the man who was with her,her obviously took a gift it would seem.

She will look ahead now as by this time the man probably was standing beside her,she will keep her hand on her waist as she smiled slightly at this.”Well guess we will part ways for now,you should probably make your way back to the guild...I have another assignment in a nearby town”she will explain as she will rise a hand pointing to the west”That should take you back to the guild if you follow the path the forest gives you”she explained hopefully helping the man out with this situation as she will smile slightly before stepping into the forest,with a wave of her hand she will break off towards the east...where Hargeon Town was,she would break off towards that direction following the path given to her..with her speed it wouldn’t take no time at all to get where she needed to...the end

Kuro chuckled as Mikomi spoke. She was definitely nice enough after having released the stress she had before. He supposed he couldnt blame her for her previous actions, so any animosity there may have been before was utterly erased. She was an interesting woman, now that he thought about it. As much as he would have loved to watch her walk away, slowly if he were lucky, he decided to head off first. Kuro grinned. "Perhaps we should do this again sometime, then. It was a bit of a rocky start, but the ending was wonderfully done." Kuro laughed openly now, his voice no longer having the strained tone it did before, having felt the constant stress and pressure over him. He felt freer than he had in a long time... This mission hadnt been so bad after all.

Kuro turned, placing one hand in his pocket and waving with the other. He walked away from Mikomi, into the forest. "Thanks for the help. Maybe next time we can get a drink!" Kuro laughed again, honestly looking forward to the next time he would meet her. Hopefully in a more fun job, with less mental drama going on. Honestly his mind was far too paranoid sometimes, seeing potential enemies absolutely everywhere, including Mikomi for a while. Something told him, though, that she would not become an enemy. He couldnt describe why, how, or even when, but he had realized that perhaps she saw him as something resembling a friend. It was a nice change of pace from the usual betrayals and backstabbings that came from his relationships. Kuro laughed heartily as he placed both hands on the back of his head, making his way back towards the guild. It may not have been home, but it had a few people who he could relate to, so he would always think of that place fondly, no matter what. Perhaps it was his vehement denial of most emotions which had caused him to hide his own love for the guild, but it became obvious to those who bothered to know him. Not home, but close enough.
_____________________________________________________________________________________