Elise had found herself in the Crocus the Capital of Fiore with her partner Jennifer Ford as they walked through the busy Street of the capital city for their target. The Guild had received a job to take out a local politician in the capital that was making life hard for the wealthy of people as he wanted to help the poor and the less fortunate. Afraid of the change that would bring the wealthy peoples pocket they had tired someone to take him out which is what brought them to the capital today.  As she walked through the streets Elise would give a bit over a If I, she knew a few details about the target but as for his actually were abouts that remained a mystery.  Regaress she wouldnt mind looking around if she was with Jennifer but the longer the spent in the capital the more danger they would find themselves in.  Furthermore Elise did not like being in the capital it made her feel uncomfortable as a dark mage being in the heart of me enemy territory. However she was fine with it since she had Jennifer with her setting her mind at a bit more ease. She would look over to Jennifer a bit of a blank expression on her face but more happy if nothing else.  “So where should we start looking Jen...aimlessly walking around wont help us much” she said wanting to get her opion. Next to Indra she valued her opion very much as they had a more special relationship but of course the job came first.  Elise was curious if she belong from the Forrest had any tracking skills that Elise didnt already have in her Arsenal.  Elise best way of tracking was simply talking to people….or more painful ways of innterogation.  How would that was probably not a good idea for the time being.  Bearing that in mind she would wait to hear what her team mate would have to say on the matter as they walked through the busy streets of the capital.

"Well personally, I'd be checking the inns, but there's a possibility that I may end up wanting us to get a little distracted. I mean, odds are, this guy will likely screw up sooner or later, and we'll be there when it happens. However, rather than waste our energy running around town looking for him, why don't we just get ourselves a room, put our energy to better use, and wait for him to come out of hiding? Besides, it's not like he's going anywhere anytime soon."

Jen put a certain emphasis on certain words, letting Elise know that she was having trouble with waiting until the job was over. However, she didn't know how Elise would feel about putting the job on hold while they got their "personal affairs" in order. Ever since the two had met, there had been a particular form of tension between them, and at least for Jen, it seemed to grow stronger by the minute. If it turned out that Elise wanted to focus on the job first, Jen would have to take out the target quickly, or risk the tension building to nearly uncontrollable levels.

"But, I suppose we can't completely abandon the job, so let's check the bars. People usually open up in places like that. After all, Alcohol is not only a muscle relaxer and blood thinner, it also lowers one's inhibitions. And for the tough customers, let's just say that I have ways to get them to talk. Although, I'm going to warn you now that you might not like what I do. I understand that you and I have some kind of special thing going on, and I honestly wouldn't know what to do without you, but some people require something of a distraction before they start talking, and we both know that of the two of us, I'm the more distracting person." 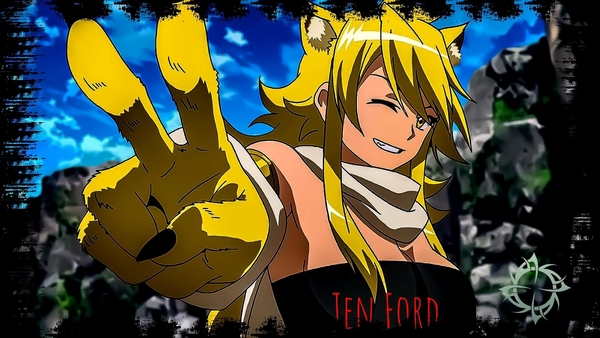