To Earthland... and Beyond! (Job|Solo) 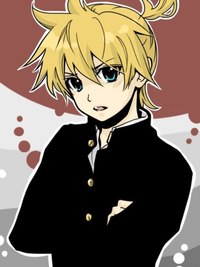 To Earthland... and Beyond! (Job|Solo)

Dawn broke, and with little time the scene was a mob. A queue had built, the world’s best in length and size. Every head had but one thought that stood, all with aught to do, all the same. Push, and shove they made their way down the path to the dock, in droves to gain one particular item, a great figure that they were free: a pass-to-ports. The commotion that kicked up in the early hours of the day riled the world, and put everyone in a fit of a mood, passersby, everyone in the crowd and each and every dockhand were on more than any average duty, but a laborious task of meeting demand after demand.


“Enter, young hero,
The curtain call is not one to ignore.
Give us a show, give us delight,
Surely you they’ll adore!”
Xavier child of the guild Lamia Scale, without proper bed for the night slept well comfy, stowing away on the boats docked and precariously unguarded at night it was too easy to pass up. He didn’t need much, and he got by.  However not much can be said about rude awakenings, as the poor child was disturbed in his slumber by the very idea that people seemed to believe they could simply storm this place no matter what the occasion may be.

A man working at the docks was rushing back and forth between an impromptu office that had been set up for all of the arriving patrons, carrying a lot of paperwork to the front of the line to make sure his co-workers didn’t fall behind in their work. He sped walked toward before he nearly bulldozed a tiny kid in front of him with spiky blonde hair, who looked just about as tired as he was. He was about to speak before the kid beat him to the punch. “Sir, what’s going on here?” Xavier asked. He was rather startled, he thought everyone had known. “They are giving out passports, passage to anywhere in Earthland.”

Xavier blinked a few times, not really sure exactly what he was hearing in his incoherent state. “What?” he was utterly confused. “We are handing out passports to travel anywhere in Earthland to the citizens of Hargeon! If you get in line now, you might not have to wait three hours.” After regaining his composure, he continued on his way before Xavier could pester him more, eager to help his friends who were all in the same boat. Xavier pondered the irony of that statement before realizing that, a passport would be a great thing to have, and that patience is not one of his virtues. He had a plan.

A woman and her family were discussing the terms of the passports over with the group of young mean, and she was furiously scribbling on the paperwork to complete everything because everyone behind her was getting awfully tired of waiting. She was almost done, and the people were anxious, so Xavier’s timing with his plan would have to be perfect. He was charging up his electricity, and with little time he was ready to go. The moment she put down the pen, Xavier used his spell, ‘Static Jump’ and soared through the air from across the docks, as she walked away, and the man behind her moved in to replace her, he landed just in front of him with great precision. The crowd erupted with anger, but after Xavier’s rude awakening, he didn’t care all too much. “One please.” He said cheerfully. “That’ll be 5,000 jewels.” Everyone was forced to watch in anger as he forked over the money without question.
_____________________________________________________________________________________