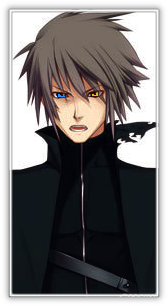 The port town of Hargeon.

A small, yet important town on Fiore's southern coast, containing access to both the sea and the railroad. While the town had seen its fair share of trials and tribulations, it still provided a number of important functions to the nation and its people. One such function, despite how small it may seem, was the authorization and distribution of of passports for the use of travel outside of Fiore's borders. Together with the city of Rose Garden, Hargeon was one of the only two places in the country where one could gain access to such papers, allowing one to travel freely between foreign lands. This legal paperwork was important for two reasons: it allows wizards to pursue work outside the borders of their home nation and it allowed annoying tourists to terrorize the populations of other fine countries, along with their families. Naturally, people from all over were lining up on a regular basis to receive their passports, including a certain grey-haired wizard.

Dmitry Kazakov was lost. It was as simple as that. No way around it, no sugar coating to be had. As hard of a time as he had navigating Magnolia, the town of his newly joined guild, Fairy Tail, he was even worse off in a town he spent virtually no time in. However, as much as he hated the thought of navigating yet another town, he was also aware that for some reason or another, these passports were important for guild members to have. Why this was, he hadn't the faintest of clues, but he wasn't about to start asking pointless questions anyway. Meanwhile, unbeknownst to him, a pair of entirely unimportant wizards were having an inconsequential duel.

"Bahahahahaha!" Cackled an overly dramatic dark wizard wearing an incredibly tack black cape and some variety of eye shadow. "The town of Hargeon will be mine this day." This outcry, came from somewhere unimportant just east of Dmitry's current location, followed by an explosion that, conveniently, destroyed nobody's home or business. "Was I supposed to turn here, or..." The Fairy Tail wizard muttered to himself, oblivious to the battle of peace and justice happening nearby. "You'll never rule the peaceful citizens of this town, foul villain." Came the retaliation of an over-exaggerated legal wizard of a heroic persuasion, firing some vague manner of colorful magic at the so-called villain. "Oh, right...supposed to be straight through here." Dmitry said as he confirmed the directions he had heard earlier, unaffected by the dark villain being hurled into a nearby, totally abandoned warehouse, which had been scheduled to be demolished later that day.

"So, a right here and...yeah, 'nother left." Upon finally arriving at the place where he was supposed to get his passports, the wizards was greeted with an empty line. Apparently the crowd of applicants that normally took up much of the space here had been drawn away by the battle of the pointless, leaving Dmitry to gather his current objective with ease. "Passport, yeah?" He requested of the young woman at the kiosk, handing her all the appropriate documents. After a few minutes, he was handed a small booklet that would serve as his passport, allowing him to finally leave Hargeon and the pointless battle behind...if he could find the exit. 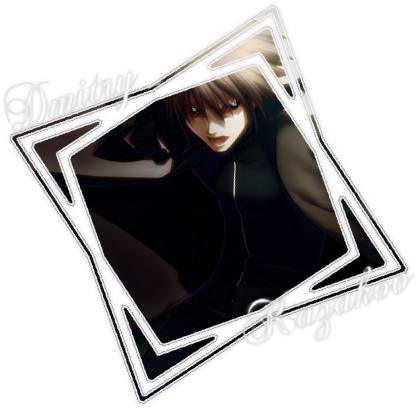