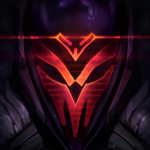 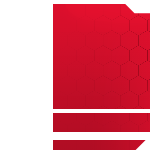 Though he was reluctant to attend, Michael had promised his older step siblings to attend their Halloween endeavors in Era. After all, they don’t go and hang out very often, considering that everyone in the family is very busy. Though his reluctance did not stem from the fact that he doesn’t enjoy these festivities, nor is it from his dislike of horror imagery. Far from it. In fact, he does have a liking for them and finds them quaint. He remembered he was very into occult stuff, like witches and vampires and whatnot. He wanted to celebrate it with his family, but he’s very hesitant to do so. He deemed himself as ‘immensely dangerous’, the fact that he unknowingly made a pact with not just one, but two greater powers speaks volumes of the strength he needed to borrow to do what he needed to do back in the now obliterated Felidae.

The devil and the sleeping god… his fate swung forth like a pendulum. Who shall succeed in swinging their influence to their favor? Neither knows, but he only knows this - he is a ticking time bomb. This was the ultimate reason why he was very reluctant to join despite being invited. And yet, with the baby charm of his twin step siblings, how could he refuse? It was around that time when he may have trusted them to stop him if things go awry on his end. He trusted them to send for his twin siblings to put a stop to his rampage when things go south and he’s under the influence. He may be paranoid, but it’s best to be safe to minimize casualties.

And thus he is faced with a conundrum - what costume should he wear? There are a lot of options to choose from. From the classics to the niche, he had all the time in the world to try them all. He isn’t sure why he’s very indecisive. Perhaps he really wanted to get into the spirit of the holiday? He knew for a fact that he was very into Halloween, a fact revealed to him by his brothers since he was still recovering from his trauma induced amnesia. He drew inspiration from complex halloween costumes from niche themes, yet they still don’t have that certain je ne sais quoi. They just don’t pop for him at the moment. So why not go with the classics? Like mummies, werewolves, and vampires - yes, that’s it, a vampire! It’s as if there’s a sudden spark at the thought of vampires and portraying them. Adorning black and red silken clothes and pale skin, it looks like it’s right up his aesthetics.

It was almost time for the festivities to start. Michael had finished working on his costume - a classic vampire in very regal attire with a pale complexion and silver white hair. Normally one would have to wear a pair of red contacts to emulate a vampire’s eyes, but his eyes were already red to begin with. He went down from his room to the manor’s hall to wait for his step siblings. He was going down the staircase when he was greeted by his jovial step brother - Cinna, dressed in a whimsical and colorful ringmaster’s attire with some skull accessories here and there. It would appear that the two of them finished their preparations first. “Hey, Mikey! Oh wow, you look great!” Cinna said, with stars in his eyes in awe at his costume. He was flattered, but it’s plain obvious that his step brother took great lengths to plan for his costume. In comparison, it only took a few snaps from him to alter the threads to weave his clothes. “Hey. You look great, as well.” He complimented back.

The two of them waited for the others in the living room, patiently sitting by the sofas near the fireplace. There was an awkward silence between the two of them, mostly because of Michael’s nervousness and paranoia of things going awry because of him. While his costume easily concealed the eldritch sigils, it couldn’t do the same for his devil arm. Well, he couldn’t hide the spiky stuff around his shoulders, but the rest remained hidden. They’ll probably think it’s part of his costume or something. In a typical concerned older brother fashion, Cinna caught on to his nervousness. He had known all about what happened in Felidae, and what he had to pay. “Relax! Absolutely nothing will happen to you.” He said, trying to comfort him, “You’re not going berserk. Or go crazy. We’ll make sure of that.” Ironic, considering the height difference between Cinna and Michael, the latter of whom is a few years younger than his step brother. Said step brother is also quite small to be old, even more so that he behaves more childlike and the imagination of one. The esper sighed, trying to shake off this worry. His older step brothers being here for him granted him a bit of confidence that everything will go without a hitch.

Footsteps could be heard from outside the room, and in enters Cinna’s twin - Zander, who is a splitting image of himself save for his pink irises. His costume could be described as ‘risque’, with the overall materials being leather. Leather pants, leather boots, leather jacket, all of them black. In addition, he sported a pair of fake horns curving downwards and a red tail. Judging from his attire, he looks like he has somewhere fun to go to after the event. Neither of the two commented on his getup. He’s obviously dressing up as a devil. A kinky one. “‘sup nerds. Ya’ll ready?” He greeted his brothers.

“Hell yeah!” Cinna replied. Michael just nodded. More footsteps could be heard as another person entered the room - an anthropomorphic owl wearing what can be described as a ‘demonic chainsaw demon person thing’, with some fake blood splattered around the chainsaw bits. Compared to the rest, his costume looked more gorey. “I’m finally done with my costume! What do ya’ll think?”

Everyone gave him a thumbs up. “Oh, awesome costume Anton!” Zander said, while Cinna stared in awe. “You look amazing!”

As soon as everyone was in the room, Michael stood up. “Okay, that’s everyone. Olaf isn’t coming?” Michael asked, puzzled that Olaf isn’t joining. He remembered that it was a family thing for them to attend the Halloween faire together. Though in recent days, everyone else was too busy with their work, Olaf did join the festivities with either Zander or Cinna. This might be the first time he’s missing out. “He’s terribly sick. He’s going to be fine though.” Anton replied. There doesn’t seem to be any hint of worry from his brothers, so this ailment could just be something that can be treated overnight. What a terrible timing. “Okay, this should be everyone. Time to head out, then.” As soon as everyone was ready, the esper tore open a rift in space and created a portal to the venue in Era. They didn’t want to risk being late, after all.