Pride goes before the fall(solo job) 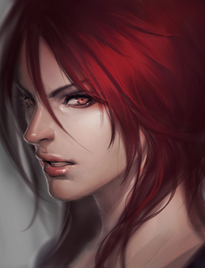 Pride goes before the fall(solo job)

The capital of Fiore was a sacred place for many. Home to Fiore’s own royal family, It’s no surprise that Crocus was also one of the most heavily guarded places in fiore. With it being only seconded to Era, it’s unheard of for a crime to go unsolved longer than a couple of days.

Which is why when it is heard it’s often shouted aloud.

The rash of bizarre murders had ruined the peace of Crocus that had been hard earned through blood, sweat, and tears. These killings though had no basis, no clear motive, and the killer seemed to be in too many places at once. The rune knights of Crocus were working day and night when they could to track down the killer with no luck. Their victims have had little similarities with each other besides being people that lived in Crocus, and that they were well known members of the community. However the rune knights were not the only ones on the case.

The man exits the building into an alleyway, the evening sky above him. The coat he has on is not his normal one and instead is a rune knights uniform. It was a standard sergeant’s uniform, the only abnormality was that the collar was adjusted to hide the face with the low tip hat. Not enough to actually hide the face if anyone got a good look at the man, but it was enough to where on passing he wouldn’t draw too many eyes. Besides, he already knew what he was going to hit, the office merely a block away.

The man approached the local office for this area, the front entrance was well illuminated as lacrimas in the street lights pierced the now encroaching darkness. However his focus was not there. His focus was on the side of the building, a door that led into the middle of the office. Technically no one was supposed to use the door unless there was an emergency, but it was an open secret that many knights used it as a way to sneak away for a few minutes at a time to catch a breather or grab a bite to eat. And when they returned, nobody batted an eye, willful ignorance and all that. And so when he entered through its doorway, only one soul was there and it ignored him after confirming in their periphery that it wasn’t a stranger.

The inside was easy to navigate, it’s clear this isn’t the man’s first time doing this. Avoiding the well trafficked routes and rooms, he made his way into the back rooms. Here it was empty as the immaculate records were nothing more than a single back wall of cabinets and lockers. The truth was this station was merely a halfway point for most investigations. It was more efficient to process evidence and paperwork between the higher up offices in the center of Crocus and the outskirts. Along with receiving mostly mundane and repetitive records, the security of this information was not as important as most of the time all info here was already available to the public.

The murders however had put a unexpected strain on the system. While this wasn’t enough to overwhelm the organization, it did encourage lazy behavior. Such as sending private evidence to low security drop points. It was the reason why the man was here, finding the lacrima of the latest murder, he brought out another from his coat. A soft light illuminated from the one brought out as it slowly took on the same color of the lacrima from the cabinet. Once it had become a perfect copy, he put the original back, his gloved hand closing the drawer with hardly a noise. Having what he needed, he left the room, and had no hiccups as he left through the side entrance once more.

He was being watched.

He felt the eyes as soon as he left the building. It wasn’t magic that guided him but instinct, living on the street had rewarded the aware and paranoid eye to avoid unnecessary conflicts. He pondered if his continued dips into the evidence had finally caught the attention of the knights. The man made his way down the well illuminated street. Friday night was in full swing as late night employees made their way from work while others began flowing to enjoy the nightlife. Clubs, while not numerous in Crocus still had a presence, and it was fortunate that the sergeant was near one of them. The doorman at the gate of the lucky 8 eyed the sergeant before letting him in, the exchange may well never have happened to the outside observer.

Once inside he quickly found his goal, a crowd of people dancing and moving to the night with performers on stage fueling the fire for the night. He merged with the crowd, his coat and hat changed out revealing a black tank top and moppy black hair. With a pair of glasses on and the rune knights outfit tucked away into a satchel, he left the crowd and headed outside.

Joining a group of others who were idling around looking for another destination for the night, he followed them making small talk before splitting off from them when they passed a familiar alleyway. Disappearing into its shadows, he found his office door as he entered through it.

Locking the door behind him, he wandered in the dark hallway before finding a room illuminated by moonlight. Turning on the light, it revealed an older building that had seen better days. Old designs echoing a fashion from the last era covered the walls. The floorboards creaked as he walked over them, putting the rune knights uniform in an empty drawer in the desk. The room itself was the last flickers of his dreams to be a hero, the trinkets and papers around him the relics of each attempt to try. It seemed though that despite his efforts, he couldn’t be the good he wanted to see in the world, every job he had so far either ended in failure or another swooping in to save the day.

He heard a teapot whistle from above him, and he smiled to himself, there was one good thing he managed to do.

Heading upstairs, a smell of salt and sweet greeted his senses as he figured dinner was being made. There in the small kitchen and dining room combo stood a man at least a foot taller than himself. He had an apron on with a plain daisy design, a contrast to his muted and dark colored clothes. The cook spots the shorter man in a black tank top that causes his smile to widen as he comes up from behind him and holds him.

“I hope potato stew hasn’t worn out it's welcome just yet, francois?” The tall man asked the one behind him.
“So long as you're the one bringing it inside Darell.” The shorter man responded, affectionately rubbing his partner’s stomach, which caused him to giggle.

“Stop! You're going to make me-” Darell dropped the wooden spoon in the stew, but not from the tickling. Down below them was the obvious sound of the front door opening. One that was locked prior.

“Go wait by the fire escape!” He urgently hushed. He grabbed a staff leaning near the fridge as he prepped, the metal rod humming with a soft vibration. He would have peered down the stairway into the lit room. So far the door to the office hadn’t been breached yet. Though given his knowledge of magic, that could easily mean nothing. Fortunately he didn’t have to wait for long as the knob on the door was broken as whoever turned it did so with more force than necessary. The knob broke, the door swung wide as the figure stepped in.

Though it had been months since the spring festival, he recognized the red hair and out of place iceberg armor. Her piercing eyes seemed to scan the room before her as she seemed to be looking for something. He knew he was in a bad situation, the staff in hand would make a barrier but if he remembered her strength from last time she outclassed the magic in it by at least a rank, and wasn’t sure if it would be enough.

Seeing that she began looking around, her back was turned to him. Using this opportunity, he began to turn slowly to creep away; he was fortunate that they had new flooring done on the second floor. He couldn’t make it though.

It hit him faster before he could make a motion with the staff as a red light flashed before striking him, causing a circle of black magic to appear around his waist. He only caught a green hand retreating back into the shadow of the night before he heard the floorboards below creek closer to the stairs.

“Francois!” the man heard his name called out by Darell as he saw him rushing towards him. He cursed under his breath.

“Darell leave! It’s the crazy lady from the festival!”

“Crazy?” The femine voice spoke aloud as the two men looked at the doorway in shocked silence, her eyes seeming to pierce into them.

» Pride comes before the fall.
» We All Fall for Fudge! | Job | Solo
» Pride and Perilous
» S-urveying The Pride
» Provoking the Pride