A Foot In Both Worlds... 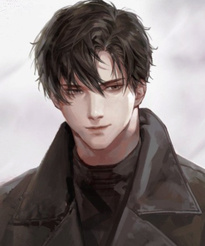 A Foot In Both Worlds...

Job Details :
Job Title: A Foot in Both Worlds
Rank: D
Player Requirements: Must be an "intern" member of Fairy Tail, any rank, with a number of 1-3 members. 500 words minimum per player. If you have completed the job before, you may complete it again ONLY to help another member complete it.
Job Requirements: You must prove that you are accepting and tolerant of the darker and illegal aspects of Fairy Tail through some way or the other.
Job Location: Anywhere
Job Description:
So you've arrived in Fairy Tail, and are ready to participate in this new world of business and mercenaries! However, somehow you don't ever feel quite as connected as the other members are, and have always wondered what exactly you were missing. If all goes well in this task though...maybe you'll find out! You must somehow prove to the guild that you are accepting and tolerant of the darker and illegal aspects of Fairy Tail in this job. Of course, your character will have no idea of the guild's illegal side, but this is where you can show that they are worthy of full membership. Whether it is through a confession to another member, doing something more aligned with the illegal side of things, or some other plot of your choice, you will demonstrate your open-mindedness and why you should be considered to be a member of Fairy Tail!

Please remember that an intern member should have no access to guild grounds besides the guild hall and Fairy Hills, and should generally be unaware of the guild's illegal activities unless for plot reasons discussed with the guild master or aces. Additionally, if you choose to go on the route of performing an illegal task, a disguise should still be used as a normal member might.

Gavriel was fairly new to the bustling yet quaint town of Magnolia, however he had gotten acquainted with the locals, introduced himself to the Fairy Tail Guild, and bought a place to stay. He always liked towns like these, where he could find both a tranquil peace and some adventure as well.
Better head off to the Guild hall now, Gavriel thought right after he had gotten ready for the morning. Don’t want to be late.
He walked through the market streets near the edge of town, waving at the occasional friend running a stand. Eventually, he finds himself at the entrance to the guild hall, and walks in with a bag and some items.
“So Verlo has it?” One of the guild members at a table near the front spoke quietly.
“Seems like it. We need to get it soon though, or otherwise it may be used against us or another guild.” Another member answered in a slightly hushed tone.
“What are y'all talking about?” Gavriel asked, curious.
“You will find out soon enough. Actually, how about you ask the guild’s master about it? You may be asked a favor.”
Gavriel shrugged, and went to the guild master for a due explanation after grabbing a drink. Man, I’m parched. He thought while taking a swig.
“So I was told you could tell me ‘bout this ‘thing’ that some ‘Verlo’ has in store for us. Care to elaborate?”
“Well I was gonna ask you to help with that anyways, so I might as well explain,” The guild master says. “You see, Verlo, or Verlo Kuers, is a businesswoman who grew her magical shop business, Aegis Items and Antiquities, which was grown by less than legal means. She used many artifacts to, well, ‘exeed’ her business to quite an extent. The most renowned of these is a quill that can perfectly forge any signature, and remove a preexisting one. Obviously she uses this sparingly, and has so far managed to dodge the gaze of higher legal authorities. I need you to steal this item, and return it here. Make sure you get the right one, I doubt it’s the only pen she owns. "
“Steal it? Do we have any legal authority to do so? A warrant maybe?”
“No, but it needs to be done. Great chance to see if you’ll do something like this.”
“Well guess it’s gotta be done.”
“We need it by days end, so hurry up and get to it.”
He sighs and hangs out for a bit around the guild hall, bonding with many new friends. Around afternoon, Gavriel heads out to the manor he was told Verlo was, stopping near the gate. He had already donned his grey cloak, gilded with swirling linear patterns made of fine leather and dulled studs.
It’s dark and the pavement is deep grey marble, it’s unlikely that someone will see me and even if they do then I doubt they’ll see my face to report it. Accounts say that Verlo is on leave, but there are still some staff that will need to be avoided. He thought to himself as he creeped around corners and avoided any spots where he may be spotted. Gavriel found himself at the side entrance, and slipped in once any personnel were out of sight. Following a decent memory of the complex, Gavriel was able to head into Verlo’s study.
He rounds the doorsill slightly and sees a familiar figure, That’s strange, she looks just like the description of… Verlo? Weird, she was supposed to be somewhere else. Were the accounts wrong? He waits a bit, hoping that she’ll leave soon so he can get an opening. Looks like she has plenty of pens and quills, but she’s only using a few quills, so she must be forging something with it. It’ll make finding it easier at least, but wait, if she is then why is she using multiple font pens? It must be the real thing, otherwise she’d use a normal pen, Wait, is it the inkwell? It doesn’t seem to be lessening in its volume. I might as well take both, for good measure. After a good bit of time and watching for staff, Verlo steps out, not seeming to notice Gavriel in the shadows. He slips in after a minute to make sure she wasn’t coming back and grabs the quills and inkwell. Time to head back. Rather get all this over with quickly.
“Did you get it?” The guild master asks as Gavriel walks in the guild hall.
“I believe so,” Gavriel responds “though I’m not sure which quill it was or if it may have even been the inkwell, so I just went ahead and took both. But considering there’s a panic from Verlo about a lost item, there’s a good chance I have the right thing.”
“I suppose it’s possible that it may be the ink, but at least we're sure we have it. Thanks for the help.”
“No problem. Turns out Verlo was unexpectedly present in her study, so I had to ink outside the box.”
“Well hope it didn’t give you too much- wait, was that intentional?”
He grins “Very much so”
Gavriel gets back to normal activities, and is later given rank as a newfound Fairy Tail member. He does any paperwork or legal business involved, and hopes to slowly grow into a figure able to accomplish his goals.