✧ Allowing for her rosy pink hair to cascade down to the floor and sway with each step she would take, Desirée would find herself within the busy streets of Oak Town on this spooky night- it was Halloween, and the nation found itself ridden with parties all across its vibrant landscape. Within the walls of the town ridden in trees was what one would perceive to be a spooky night market of sorts; it was as if the streets were lined with merchants and festivities of all kinds relating to this dark night, the perfect place to meet new acquaintances! A bright smile on her face would match the strange-looking smile of the black witch hat that would sit just above where one would typically find her crystalline crown. If one were to recognize the idol turned Guildmaster, they would see that, unlike her typically bright and flashy attire, she would instead be adorned in the darkest of noire-hued witch apparel, inspired by an ancient story of a dark witch that had the ability to manipulate pumpkin-kind- Magdalene. In order to match their commandress' attire, her three companions would also be observed to be wearing dark cloaks just like the one that would flutter alongside her rosy locks. Tonight would hopefully be a night of peace and prosperity for the girl of holy gemstones- it was her wish to somehow take her mind off of recent emotional events that would cause her heart to feel somewhat broken. Certainly, the nearest winery would be having specials on this beautiful night, just like the one did back in her days of the Black Rose. ✧

✧ Wandering off into the crowd toward one of the edges of town's decadent houses, the girl of crystalline ethereality would slip through one of the alleyways to get to the other side of the town quickly, popping out with a small flash of pink light near the Wooden Oak Winery- it was as if they were functioning from a small booth on the outside for partygoers, and immediately upon approaching the booth Desirée would be recognized by the working merchant. "Thank you for the sincerities, kind sir~!, ♡" she would joyously respond to his excited words of welcome, "I would like to try the spookiest wine you've got! ✰ I just got back from traveling to the Mysterious Canyon, so I haven't been able to have a drink all day~! I'm so excited~! ♡" It was almost as if the merchant was able to produce the beverage from his back counter too quickly- she would be handed a giant glass of wine that would look to be completely black in color and would be sent on her way. Just what would be in store for the Guildmistress tonight would be unknown; taking to the crowd once more and taking a large sip of the dark beverage, she would notice what would be a fortune-telling booth sitting amongst the orange and red trees that had taken to the change of the seasons. "Lumi, Luna, Rosie~ Do you guys wanna get your fortunes read? ✰ I haven't got mine read in quite some time! ♡" she would intently ask her companions that would float behind her, which would appear to become quite excited due to the mention. ✧

✧ Walking toward the purple and orange-colored tent, upon reaching the exterior the pink diamond that would sit on her forehead would shine upon the flowing fabrics- they would seem to sparkle in resonance with the holy lights that would shine outward toward them, imbued with magical glitters. Someone seemed to be getting their fortune read on the inside. "We've gotta wait our turn you guys~! ♡" she would happily exclaim to the trio, lowering to sit on the city curb to enjoy her large glass of wine, "Ah, I just love parties like these! ✰". 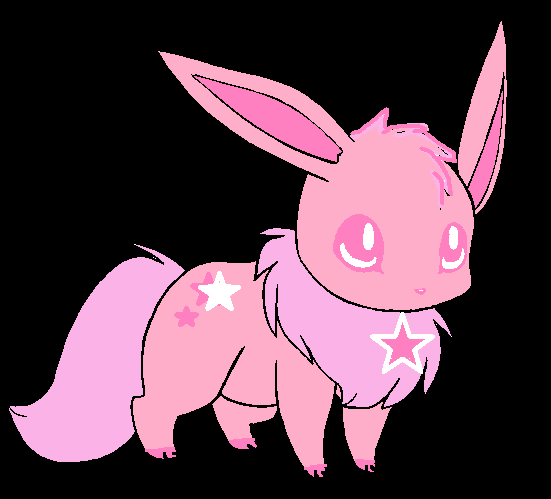 To suggest Esper was anything other than an Idol fan would be an understatement. Not only was the small creature an idol admirer, but he knew every song by every idol, including his beloved Desirée. With his transformation powers, he had even gone so far as to dress as her. Esper, the playful creature, was all pink with diamond stars on his body. His claws were even pink! And, while he could imitate her voice, he wouldn't dare to impersonate a rose like herself. Instead, he'd use his own voice, which was, at best, squeaky. His voice was anything but noble for such a noble creature. People considered him to be adorable once they got beyond the fact that he could communicate in the first place. This made being viewed as anything other than an animal more challenging at times, although he had to admit, the snuggles were wonderful sometimes.

He'd have to determine what to do first now that he'd arrived at the celebrations. He wanted to go trick or treating, but he didn't have hands in this form to handle a bag, and no one would give candy to an animal, he wagered. Instead, he'd go from stall to stall until he got to a tent. Looking closer, it appeared to be a fortune teller's tent.

Do you believe this fortune teller is genuine? He'd doubt himself as he stood in front of the fortune teller's tent. The tent was purple and orange, with a brilliant violet flag emblazoned with the words "Fortune Teller" in silver lettering.

The fortune teller was young, possibly little older than 20, and dressed in a purple garb reminiscent of gypsies. On the table in front of her was a crystal ball and cards on a table.

"Sit down and I'll give you your fate," the woman stated after a few moment of silence. Esper would immediately take a seat on the wooden chair across from the young lady. She didn't seem to mind that he was an animal and had in fact been waiting for him.

He believed he saw the fortune teller's eyes shine a dull grey color as she looked into the crystal ball for a brief minute. She'd lay out cards on the table, pause and lay out more. "I see several roadblocks in your path to finding the answers you seek. A wartime tale, a fated encounter, and a reawakening."

Esper was becoming engrossed in the entire event. She'd persuaded him she was the genuine deal, so he'd listen carefully before responding.

"What can you tell me about my past, please? What exactly am I? Is there anybody else like me? Who am I meant to meet?"

She would stop Esper from saying more with a gesture of her hand. "Esper, my beloved. That I'm afraid I can't tell you. You must overcome your difficulties on your own. You simply need to glance here to find out who you're destined to meet." She'd gesture at Esper and wait for him to go away.

He'd come out of the tent, completely perplexed as to how he'd meet himself, just to run into...no...it couldn't be, it wasn't...