It had been some time since the siblings had visited Magnolia. Last time they had was to visit one of their uncles for a holiday, and he was... less than keen on them. Uncle Daniel was a meanspirited old man, but that did not bother Tony or Britney in the slightest. Magnolia was still a lovely little town, though it had, as much as Uncle Daniel insisted, mellowed down in recent years. Now it was just on a vacation-

"Of course," he sheepishly said as Britney went to report in to the outpost. Tony was eager to begin his investication, immediately making his way towards the marketplace. He figured that this early in the day, if there were any ne'er do wells, they would have congregated at the market. Scams, thefts, robberies, all that sort of thing was bound to be at the most populous place in the city.

Of course, Britney said that if it weren't for his uniform, he would be one of the most suspicious people. He was always scruffy looking and "rambling to himself," as she said.

"Of course, he had no idea what she meant through that rambling," he began narrating softly to himself. "She was always a tough nut to crack, someone who always hid her true intentions behind a mask, behind a veneer of seriousness. There was something brewing in Britney's mind, and Tony was certain of that. As for what that plan was, he could not be certain. After all, this was just routine work. The two had wanted to get more involved in the Knights, Tony especially. They pounced on the opportunity to take extra patrols, even in spite of Britney's motion sickness in the car ride from Era to Magnolia. A side effect of her unique magic, the Mimic Dragon Slayer Lacrima. It was an odd piece of magic material. The very chaotic essence of magic, compressed into a small stone for others to use as magic. It truly was a miracle of modern magic science." He was now in the center of the marketplace, looking around to see what there could be. Out of the corner of his eye, he saw someone who looked especially suspicious. Weaving through the crowd, he reached her as she was about to enter the premises of the marketplace. Ready to vet her to see if she was a potential threat to the civilians or a threat to commit any crime, he scrambled towards the edge of the market. Unfortunately, he tripped over a dropped caramel apple, faceplanting right in front of the woman. He quickly brushed it off, springing to his feet. "Apologies, ma'am. I'm going to need some identification. I've heard rumors of a suspicious individual coming to these parts, and I need to ensure that they are not faking their appearance." He nodded, physically blocking her from moving into the marketplace. He figured that she was not actually this alleged culprit that he made up, but it was not impossible that she was someone who was more suspicious than not.

If only he knew what he had gotten himself into... 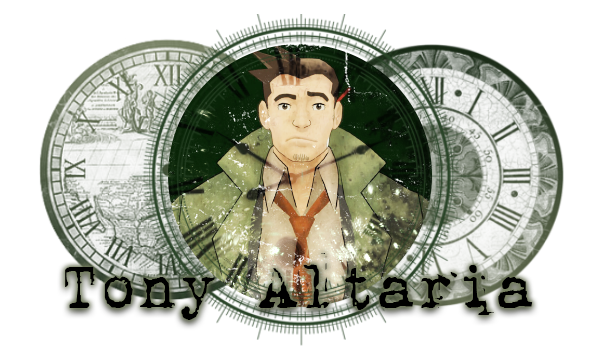 “How do you plan on doing that exactly? Will you need to take a closer look at me?” The woman answered in response, an amused eyebrow rising, her tone failing to hide a hint of flirtatiousness. It never took long for Menka’s eyes to start wandering and already her gaze was beginning to spread from the lawman’s face to his body. She made no effort to hide it, the kitsune never did and a chuckle soon escaped her lips as she took a step closer to him. “I can be whoever you want me to be. Blonde? Brunette? Redhead?” Her hair colour would change as she spoke, matching her words precisely. “I’m afraid that I don’t have any identification though as everyone around here is already familiar with my appearance so I’m not sure what I could...Oh! Hold on! What about this?” Without any thought, she raised the hem of her dress to reveal her guild mark, planted on her stomach. “Would this suffice? My name is Menka and if you want to ask my Guildmaster about me, I’m sure he could tell you who I am.”

Her words were not just idle ones either and she and Mura had become rather close during her time in Fairy Tail or perhaps more truthfully, one of the ghosts that occasionally took over the shota’s mind. Kyuken was a dirty minded fellow which suited Menka all too well, resulting in them having shared a few heated encounters. Just thinking about the spirit caused her to giggle although for the moment at least, she managed to put him to one side and focus on the fellow in front of her. He appeared to be rather sweet although she could think of a far softer place that he could have faceplanted into. Perhaps later.

“So." she then asked. "What’s all this about a suspicious person? Is there a criminal wandering around here or something? Some evil do’er that you’ve come to lock up.” Her large ears twitched, while she also fought off the temptation to wrap her tails around him. Just talking about locking someone up made her feel excited and she briefly pondered about whether she should have pretended to be the person he was looking for just for the fun of it. Oh well, it was too late now and instead she simply watched, eagerly awaiting an answer to her various questions and musings. He certainly had her attention. 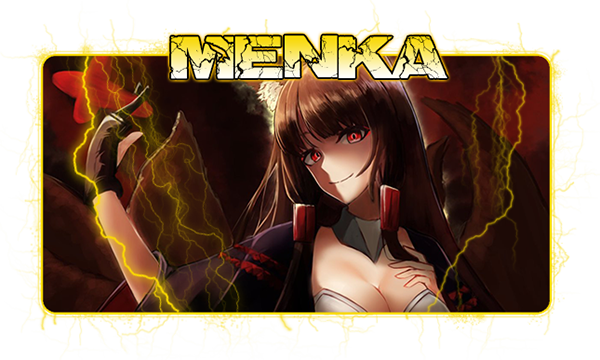 
Tony coughed, a bit embarrassed about the appearance of the woman in front of him. "Y-yes, that will suffice for identification." He looked away, a massive blush on his face. "A-and as for the suspicious individual, m-me and my sis- err, me and my... um... partner? Co worker? Y-yeah, let's go with that. A-anyways, we heard of a potential stalker around here that we were supposed to look for. Real messed up dude, apparently doing predator thingies. Looking for children. I think." He rubbed the back of his head. "T-the details are slipping by me. I... kinda forgot to check the mission report on the way here. Bit worried about my... co worker." He coughed. "A-anyways, you probably know Magnolia better than I do, s-so if you're willing to help..."

» I'M SCARED TO DEATH WHEN I SEE THEM ARRIVE || Passport Job
» Goddamn Right You Should Be Scared Of Me • Open, BR Members
» Go pick some pumpkins, they said. It will be fun, they said.
» Pick a Dorm!
» Why pick weeds when you could punch them instead?