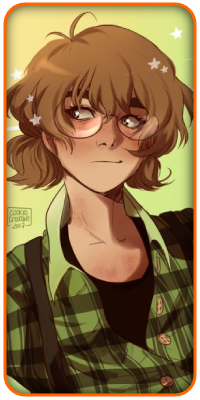 It was her day off from the Rune Knights~ The little witch was free to do as she pleased today! What does she choose to do? Fly over to Nelson’s Apothecary, of course. The older man couldn't really deny her coming to the shoppe whenever she wished. This was her second home, and she was his money maker. She was happy to come visit so long as she was able to make her own potions at his shop to sell, as well as have extra materials for herself. She did have her own personal garden in the barracks at the Rune Knights Headquarters, but it wasn’t anything compared to the one she had at the back of Nelson’s shop.

She had originally reworked his garden at the shop to be as organized as she possibly could, while leaving it a charmingly chaotic garden. She used the herbs he had to make the garden, and since working there, she had gone to some of his suppliers and used any excess in his garden again.

She flew through the capital on top of her broom, smiling gleefully as she zipped around the people. Her black cat snoozing at the front of her broom. She had put on a bell at the back of her broom, by the bristles, to make the broom noisier while she flew around the capitol. Some people were used to her flying, making it easier for them to avoid her slightly reckless flying, but she still was too reckless in her flying. It would take her a matter of seconds to jump up on her broom and grab hold of the front end of it and pull back as a break while simultaneously picking up Nanny and holding her.

They ended up stopping directly in front of the apothecary, and the redhead instantly jumped off the broom and rushed inside the shoppe. "Nelsoooon! You miss me?" She calls out excitedly. She looked around the shop, but noticed the mustached man was not at the register. She turned around quickly, the sign still said 'OPEN' to the outside world. Where could he be?

Nanny was a bit grumbly in her arms, before twisting down and out of them to roam around the shop to find her sleeping spot within the shop. The man would constantly move her bed on her, or put things in it, making her have to find a new one. “Nelson?” The witch stepped further into the shop, trying to listen for the man as she did so. She took off her hat, putting it on the top of the coat hanger while resting her broom against it. “Nelsooon~!” She calls out louder as she makes her way to the back room.

As she peered around the corner and pulled the curtain that made the back room isolated while she did her potions, she was surprised to see it as she left it. Usually Nelson would bother her spot and mess with it by moving something, or everything, or put something there that left little room for herself. This time, it seemed that wasn’t the case… The little redhead glared at the potion making spot, and glared through her circular lenses at the desk and chair. She was trying to figure out if there was something missing or moved in her absence. But it seemed that this was going to come fruitless to her. Shaking her head, she looked towards the door that led to the backyard of the shop. Where the garden was. “Nanny, I’m going out back to check if Nelson is there.” She called over her shoulder as the cat decided to lay herself on the counter behind the register. She would be able to guard the shop this way. Wren had turned herself and opened the green door with poorly drawn flowers painted on the inside.

Peering out, it was quiet, just like the inside of the shop. A bit of a panic was starting to settle in on the redheaded witch as she cupped her hands around her mouth. “Nelson?!” She calls before a startled scream is heard at the other end of the garden. The little witch knew that sound and stormed over to the other end where the apothecary owner laid on the ground, surrounded by leaves and herbs and the shade of a tree.

“Wren! What brings you here…?” The man questions as he was rubbing the sleep from his eyes. Around him were various little notebooks he had written with notes on the herbs and their properties. He seemed to have been transferring the information to a new notebook. One that was bigger.

“You know that the shop still has the ‘open’ sign up? And you’re sleeping out here for who knows how long? And there is absolutely no one inside the shop so who knows how many customers came in and left with no response?" The little witch crossed her arms over her chest as she glared down to the man sitting on the ground surrounded by herbs. He was starting to make a nervous face before he covered it with his hand. The apothecary owner knew he messed up. "I better be paid triple for me about to go over stock and see if anything is missing." She leans in towards the shop owner, who nervously smiles before he just nods.

“I… I deserve that… I guess I should also sweeten the deal and say you can add three new more new potions and salves… or maybe five more, with those ointments you’ve been having too.” Nelson closes his eyes as he leans back on his arms while still laying on the ground. “I’ll be in in a couple minutes.” He tells her as she nods, pointing a finger at him, as if telling him he better keep his word. The shop owner typically does, but he knew the little witch could still kick his butt regardless. He didn’t have magic. He watched the short woman walk away from him, and cleared his throat before he called out to her; “I was going to reorganize the stock again, and was getting notes of the herbs we have to see if I needed to get more.”

Wren turned her head to look back at him, and pinched her nose under the bridge of her glasses. “Alright… I’ll get on that. Sometimes I wonder how you kept this store open for so long.” She says as she ‘tsked’ at him a bit. Nelson honestly wondered how he managed to do that too.

Back inside the shop, the little witch went to the counter and grabbed the clipboard that she had on a little hook by the antique looking register. Nanny was snoozing away on her little bed, barely peeking an eye at her master. They could sense one another anyways, she didn’t need to peek, but the cat had been curious about what the witch was actually doing in the shop now. She was grumbling under her breath. Wren glanced over to Nanny. “He fell asleep in the garden…” She grumbled before shaking her head. Nanny seemed to mimic her master in shaking her own head before closing her eye again and going back to taking a nap. The witch went to the shelves closest to the door. She was sure that if any stock was stolen, it would probably be around the front door the most. She needed to make sure that the store got lacrima cameras installed in case another instance like this happens again.

She looked up and down the shelf, taking a separate piece of paper and making tally marks for how many were on the shelf. As she finished with one item, she would go back to the original clipboard and take note about how many items were on the shelf from opening and how many were sold, checking that the amount missing was correct. As she was doing so, Nelson would come in with his stack of notebooks in his hands. He placed them next to Nanny on the back counter, sighing deeply as he did so. “I’ll help you, Wren. It’s my fault this happened anyways.” He says as he grabs another piece of paper and starts making his own tally chart of the stock at the other end of the shop. Of course the man was feeling guilty about making Wren do all of this on her own, he wasn’t going to take back any of the promised bonus’ from this either, she would get more done than what he would be able to do anyways.

It took the two nearly two hours to go through the shop’s stock and check everything. To Wren’s surprise, nothing had been stolen in their absence at all. She sighed as she was sitting on her broom and looked around the shop. “We don’t have any missing stock… so that’s a plus.” Her brown eyes look around. He wanted to reorganize the shop… that wasn’t a bad idea. Right now everything was by herbs. So some things had things that others didn’t. Maybe they should organize it by what it was? Potions in one area, loose herbs in another, tea in one area, and so on and so on. A smile was forming on the little witch’s face as this plan pleased her greatly.