A Day Out in the Country (Solo/job) A Day Out in the Country (Solo/job)

It was cutting things close to be here at the Fiore building trying to garner herself an ID. When she came to Fiore, she had been given a temporary visa for her visit. The intention? Well that was for her to take part in an experiment that was conducted by Dagger Corp. in order to help with the research and production of items to help those with sensory based deprivations from birth or otherwise formed somehow else. She could remember her first day like it were yesterday. Those whom were harmed in attacks, wars from past, or like her, from birth. People who had the inability to function like the majority of populace had her in a minority that she didn’t very much care about the fact she had no ability to hear. If anything, it made some interactions much easier to ignore or diffuse when they realized whom they were dealing with. Though, that only normally happened since she came to Fiore. The Napedian blonde was never used to a culture like this, it felt like what most consider to be culture shock. But, she did try her best to adapt.

A lot of the people in the country were nice and inviting, but she did have her fair share of moments with some less than favorable types. It never stopped her from trying. Much like today, she attempted to do her best to be normal and when she entered, she approached a lone man behind a table. On it were spools of tickets labeled with different numbers and Fiorian letters. She did her best to accommodate the language shift of Napedian to the language here, so basic alphabets were easy to recognize for her. As she approached, she had been asked about her visit today. Her eyes looked up toward the ceiling in thought before she returned them to the lips of the gentleman. ”Mm.. Passport pic..picture.” She replied, doing her best to say it in as clear a voice as she could. The slur in her voice was thin and her hands by habit had made several signs in them that some could perceive to be sign language. ”I’m deaf, sir... sorry to bother. Umm.. how would I know when I am called?” He simply smiled and politely pointed to a lacrima vision in several places with a list of letters and numbers.

He waited for her to look back and then spoke normally. “My sister-in-law is also deaf. So please come to me if you need any help, Miss. Just have a seat for the time being.” He spoke to her. His kindness put a bright smile on her face. ”Merci beaucoup.” She replied, a giggle in her beaming mood of joy. It took nearly an hour before she had been called, eyes scouring and watching as people of all ages showed up for a number of things. She every so often glanced towards the man at the counter and was still very happy that she had some form of ease to her day so far. This wouldn’t be her first stop either. Today was an all in one trip before having to go back to the testing facility to do her weekly check in. But with her new passport in hand, she was now labeled to be part of dual citizenship between Napedia and Fiore . However, she would leave that past behind with those demons locked away forever. 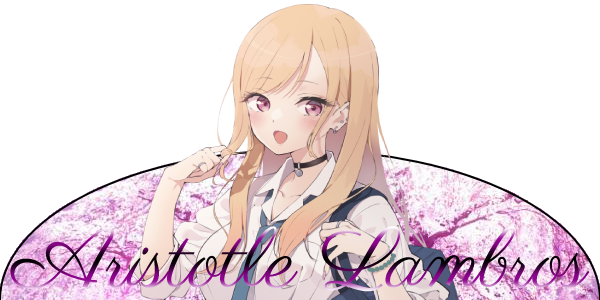 Re: A Day Out in the Country (Solo/job)

Her next trip along was off to the iLac store. She had ordered herself a phone especially made to accommodate her, but also with a bit of technical genius on the companies part, they had also added her hearing device to be able to sync to iLac’s for the purpose of enabling calls to be heard by the user of the device as well as the phone being able to function with an advanced form of speak-to-text software. As well as a vice versa, she was never 100% keen on being able to speak through a phone of any kind and preferred the face-to-face interaction as it made her feel much better being in front of another person. She hated the old self of hers for the years she took from herself of isolating and hating things in her life. By things, that would be everything. Herself, her lineage itself, and her inability to be normal. It was a several year phase that she went through and she was thankful that she broke from it before she had come back around to possibly siding with her mother’s path of life.

Approaching the store, Aristotle stopped for a moment. Looking around, the blonde noticed there were little people around her, so she could assume the noise would be substantially small. Plus, her father experience in picking up phones before were that the store was usually very quiet inside. Even with people inside, usually not a very large sound can be heard. So this was an opportune time to test out the equipment outside of a controlled area. Pulling off the backpack on her back, she opened it up and pulled out a pair of mechanical looking cat ears with speakers had been for the ear canals. The Napedian slipped it into her hair, fixing it around to hide it a little and grabbed a pair of small wires handing from the ends of the band which contained some earbud like devices. Once inside, the feeling of the headphones turned on and the earbud like ends fed in an artificial wave of lacrima energy that activates any working mechanics of the ears and then mimics the function of the disabled parts, allowing the user to hear.

With just the ambient sound of nature flooding her temporarily functioning ears, she began an elated and cheerful atmosphere of joy. This wasn’t exactly normal looking, but considering this was not only cute but was also working towards being able to look like something that was non-abstract. Once the doors to the store was open, Ari quickly flinched and her body scrunched up at the lunatic screaming she didn’t hear from outside the store doors. An irate woman was pointing fingers and screaming at the worker. She tried to not interfere and simply walked over to the other worker across from them and did her best to ignore it. ”Excuse me, sir.” Her hands began to move a little, though she tried not to look like she were signing while speaking, hearing her own voice in a slight Napedian accent was appealing to her. ”I am here for a custom order.” The man quickly nodded, then looked over at the woman and his coworker. “Right, you must be here for the one that woman is demanding. Such a pain... just please wait right here.” He quickly slid out from behind his little counter and went around to the other side and picked up the phone in question.

“What do you think you’re doing with my phone!?” She shrieked. The clerk stopped in his tracks and turned to her. “Ma’am, this is not your phone nor will it be for your continued harassment.” The manager replied, instantly getting no attention while the whale of a woman watched the phone walk away and over to the other counter where she set her eyes on the blonde woman standing nearby. “You’re giving away my phone to some slut!? What makes you think some skinny little bimbo deserves that phone more than me!?” The whale shrieked. ”Because the only thing sperm whales like you are good for is exactly what the name suggests... Vieille sorcière stupide.” Rolling her eyes, she left the woman in shock by her retort while reaching once again into her backpack and pulling out a wallet, then handing over jewels for the clerk and leaving.

» Country and Modern[Solo/Job]
» Cross Country
» Out of the Country for a Week
» Idk why this country has so many freaking camps
» A new country requires new beginnings.