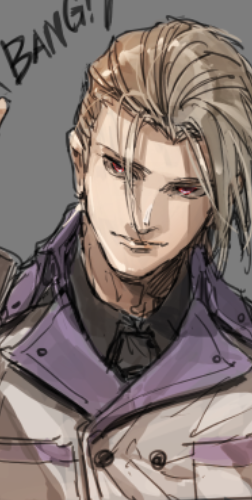 Fiore always held platforms for trouble if you were looking hard enough. Illegal sex rings, fight clubs, illegal guilds, criminals in hiding—they all existed, and many of them did so in plain sight. If you wanted it enough, if you thrived in the desire to be part of it, you'd eventually find it.

It was a dark, misty night in Oak Town. The world on top was peaceful and quiet, everyone retiring to their homes with an eased conscious. However, this was only an illusion. For towns, Oak and others, the night was the prime time for mischief, and for Oak Town especially, trouble was rising in the criminal underworld.

. . .  . . .  . . .
"Ladieeess and Gentlemen! Welcome to the Silk Road, the only underground auction to buy your true desires! We have the best of the best! We have items you couldn't even find on the Motor City black market! One of kind wonders! Artifacts of unspeakable power! All can be yours for the rrrright price!~" an invisible, charismatic man announced over the loudspeakers with the same energy of some "MC" in a boxing ring. There was a large stage and a podium towards the edge, numerous spotlights shining down on it from above and display cases full of many oddities littered the scene. In the background was an auditorium of people wearing masquerade masks, all decadently fashioned in tuxedos and dresses. They were all primarily middle-aged and older men, their mistresses, and older women who had some money to their name—but they were all indulging in the same criminal activity together.

Among them was a man who, unlike the rest of the crowd, wasn't wearing any sort of mask at all. He fashioned himself dapperly in white like the rest of them, if not more, but made no efforts in veiling himself behind something like a mask. His ruby lion-eyes, bold and ravenous like so, were in full view, his silver-blonde hair draped over one side of his face and neatly slid back on the other. He didn't applaud when he was supposed to after every announcement, and he didn't bid on anything that clearly caught his interest. He sat somewhere in the middle of the seated crowd, legs folded over each other, elbow planted into the armrest as he leaned on his hand with a casual interest in what he was seeing. He smiled when he liked something and didn't emote at all when nothing of interest came up. Finally, something of special came up. Something that widened his eyes fractionally...

"Ladies and Gentlemen, I have here a rare and exotic Great Dragon Egg! Found deep into the Unknown Lands, you won't find something like this ever again! It's one of a kind! All Great Dragons are nearly extinct now, folks! This egg, if given the time and temperature, will hatch and be yours to keep! It's amazing! It's fresh! It's—"

It was the man from before, sitting in the crowd like he was window-shopping, stepping onto the stage with a confidence that made him seem like he was hosting the auction himself. There was a look of shock and disbelief among the crowd and the announcer who was now at the podium. It was none other than Prada

"W-Well now! If it isn't Prada of the underground, infamous for "attending" auctions like these! You want it that bad, huh? What's your bid?" the announcer grinned, pinching and twisting the ends of his thin, curly mustache. Prada walked up to the egg as large, burly security guards inched their way over to him from the steps and back of the stage. He looked at it with a sort of conviction in his eyes, like he were about to take it home right that second.

"You heard me—nothing. I mean..." Prada looked at him and stroked his chin with a certain arrogance, his hand gingerly caressing the egg, "...why should I bid on something that's mine now?"

"Well, Prada, that isn't how it works here. I don't know what other auctions you've attended in the past, but here on the Silk Road, if you ain't got the jewel, you ain't getting the prize," the announcer scoffed apprehensively,
"Security!"

In the instant the announcer summoned them all in unison, large, shaded men marched onto the stage with their big, callused hands, ready to grab Prada as he reached for the egg. Three of them closed in, all surrounding the silver-blonde, but then something started to happen. The second their feet were too close for his comfort, they all turned to... gold. Like golden statues, they froze in place as the very essence of their material bodies congealed into a magnificent, metallic substance. After that, everyone stopped, staring at the stage in horror.

"Believe me, I have the jewel. In fact, I'm sure the toilet I piss in is worth more than you twelvefold," Prada began to circle around the egg, avoiding the golden statues as he did, "Well, actually, I'm not sure—I know. And besides, you really should feel grateful that I'm here to begin with. The fact that I'm even considering accepting these items are, alone, the best thing that will ever happen to you—"

"—Don't interrupt me, môle. Do you know who you're talking to? Didn't your parents ever teach you to not speak unless spoken to, especially when someone like me is addressing you? Idiote."

"Now then, I don't particularly like dragons, but I know someone who does... hm..."

The crowd filling the auditorium fled from the scene in swarms, screaming and pushing as they left in terror. Even the security guards fortunate enough to avoid Prada's goldmake attempted to escape, dragging the announcer away with them. Prada seemed completely unconcerned by this, alone with his new prize. Or, so he thought.