Were there any classes of people that were worse than those at the top? Pompous, arrogant and who loved nothing more than to tread on those beneath them. They were the true scum of the world, scum that Cierra would like nothing better than to be rid of and tonight, she would get her chance to at least get rid of one member of that elitist group of jackasses. Tonight was another chance for her to unleash her might and the thought sent pleasurable shivers up her spine.

She had scouted out the mansion beforehand and did not see any issues with her getting in or with the guards. From what she had heard, those who worked for the scumbag hated him more than anyone else, which amused her somewhat. He had signed his own death warrant and if all went to plan, he would end up seriously regretting his choice of allies, amongst pretty much every other choice that he had made in his miserable life. His head had been on the chopping block for too long, it was time to finish the job.

Under the cover of darkness, Cierra left her hiding place and snuck around the outside of the mansion, gently creeping around it until she reached the rear of the large building. There was no sign of any guards but since they were useless anyway from what she had heard, it seemed like they would not be any trouble anyway. No, it was something else that might be a little more challenging. Not a man but an animal, one with a sharp set of teeth and would no doubt like to sink them into her body. However, she had a plan for these too if necessary.

Approaching one of the nearest windows, Cierra was about to smash one of them open when a door close by opened and a gaggle of girls wandered out, chattering constantly and not even noticing her. The fools did not even bother to shut the door behind them and wandered off into the gardens. Without a moment's hesitation, the mage stealthily took her chance, entering the building and swiftly closing the door behind her. The first part of the job was complete but now came the tricky part.

Finding herself in the kitchen, Cierra swiftly moved towards the cupboards and quickly searched them. She knew of the stinginess of her target but perhaps the kitchen staff would be a little more forthcoming. Luckily for her, the mage found what she was seeking and it was perfect timing too as just as she was about to continue, a growling sound could be heard coming from the doorway, causing her to slowly turn towards the noise.

Blocking her path stood a large dog, a Doberman, its eyes filled with anger and fury, snarling at her. Yet, despite the savage appearance that it had, Cierra could not help but notice that she could almost see its ribs showing through. The dog had been starved and was in poor shape. The pink haired mage was by no means an expert on animals but even she could tell that much. Sympathy was not something that Cierra usually showed but she had always had a fondness for animals. There were times when she preferred their company to a human's.

Still with one hand in the cupboard, Cierra slowly pulled it out, revealing a box of dog biscuits clenched in it. The response from the dog was instant and it suddenly came forward, wagging its tail and then sitting down in front of her. Smirking, the mage took one of the treats out of the box and gave it to the hungry dog, who ate it in an instant, its tail starting to wag. It was a gentle giant in truth, just another victim of her target's abuse. She stroked its head for a moment, before a thought entered her head and she crouched down beside it, grinning.

"I don't know if you can understand this but I want you to gather your friends and then come up to your Master's room," she said, still rubbing the dog's fur, "There is someone up there that I think you'd like the taste of too."

The dog looked at her for a moment, cocked its head and then whined. Cierra simply grinned in response, before closing the box of treats and placing it in the jaws of the waiting dog. It then turned away and walked off, wagging its tail again.

Shaking her head, she then left the kitchen and made her way towards the grand staircase. It was deserted and Cierra had no problem with reaching and then climbing them. He was bound to be in the master bedroom, probably playing around with one of his brainless girlfriend's. She darted across the landings quickly and soon found herself standing in front a large set of double doors. They were ridiculous in size and only an idiot would possibly want such a pair. It would explain why her target would want them too. He was of course not known for his brains, his brawn, his skills, his equipment or.....anything in truth.

Grinning, she tapped in to her magic power and surrounded her hands and arms with blood, it was time for the fun part.

Smashing the doors open with a punch, Cierra entered the room to find Silverspoon on the bed with one of his girls, just as she had figured. Typical man.

"Put your pants on, Silverspoon," she said dryly, "I know you don't have much to hide anyway but I'd rather not fight you without them."

"Who the hell are you? Barging into my mansion like this," he said angrily, getting up and sorting himself out, "If you want your turn you'll have to wait, whore."

"No thanks," Cierra quipped, "I'm not interested and never will be."

"Then die," Silverspoon yelled, raising his hand and muttering a few words.

Cierra raised an eyebrow, before darting forwards, catching him hard in the stomach with her first punch. He doubled over, only to receive a vicious knee to the face, sending blood flying everywhere, followed by a hard right hand which caught him in the jaw. He was completely useless and Cierra only became stronger with each strike, her lust for blood increasing with every blow. He reeled back from the force of her blows, staggered by her ferocity. Cierra then struck him hard with a blow to the liver, followed by a vicious uppercut that sent him tumbling over the bed and crashing hard against the wall.

There was no need for her to even use her other techniques against him and Cierra was content with just beating him to a pulp. She rolled over the bed and caught him hard in the chest with a kick, forcing him back up against the wall.

"That's enough," he said, gasping for breath, bleeding from the mouth and nose, his face crimson, "What do you want, kid?"

Cierra turned to the girl, who seemed to be enjoying the spectacle and said, "You're going to need someone else to leech off. Tell your friends too."

The girl nodded her head but before she could run off, the mage grabbed her hand and brought her in close, Cierra's pink eyed gaze filled with blood lust and passion, her voice seeping with it, "If you tell anyone that I was here then I will drain every single molecule of blood from your body. Do you understand me?"

The girl went as white as a sheet and nodded again, before running as quickly as she could once Cierra released her.

She turned back around to find that Silverspoon was trying to escape out of the window. Smirking at the coward, she created a whip like strand of blood and cracked it towards him, ensnaring him in its grip and immobilising him.

The moment was made all the more sweeter when she heard a whine from behind her and the dog that she had fed before appeared beside her. It was not alone though and there were another half a dozen behind it. They all had the same look and all of them were directed towards the trapped Silverpoon.

All they needed was the right command.

Cierra crouched down beside her newest ally and said sweetly into its ear, "Kill him, my friend."

With a howl, the lead dog surged forwards and the others followed, tearing the horrible bastard limb from limb. By the time they were finished, there would be nothing left of him that would need to be stashed.

With a smirk, she then turned towards a beautiful cabinet and approached it, undoing the fragile locks on the door and opening it. Inside lay a beautiful collection of spoons that she imagined would be worth a pretty penny. Taking them as a bonus, Cierra then climbed up and out of the window, into the darkness of the night. Another job completed. 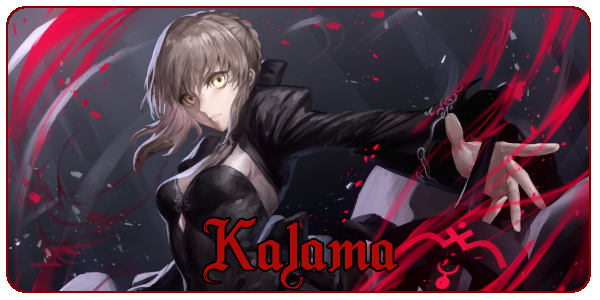