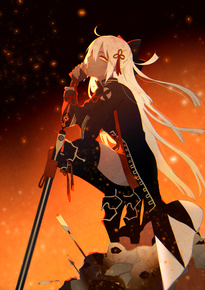 Dawn would find herself sitting in a small pub on a rainy day. The young woman sat alone in a small booth and table inside the small pub. Lightning and thunder flashed outside and people were wet with their umbrellas as they made their way inside. As she sat despite the loud chattering, happy faces, and gathering of a bunch of people with drinks- she couldn't help but to feel sad.  The young woman dazily stared at the of ale, which in return was staring back at her.

She was deep in thought despite, the activities that were partaking around her.

Dawn was a rather short girl who sat quietly with her hands gripped around the mug filled to the top with ale. In that moment, she could think of nothing but her father. She must've done something wrong. She must've.... Somehow, she felt she had failed as a daughter to give her father truly what he desired. That desired thing, was something she could never figure out deep down as much as she thought. Nonetheless, she found herself in a busy and small pub doing nothing fun.

"Where did I go so wrong?" she'd think to herself quietly. Then she'd grow angry.

The young woman would clench her hands angrily around the mug and attempt to throw it at a nearby wall. The glass shattered into a million pieces. Thankfully, she had thrown it in a direction no one was near, but if someone had.....

"You are still going to pay for that you know?" the bartender would say and grab his dustpan and broom.  He'd begin to come around from the bar and sweep. Dawn replied nothing in response to the question.  And just nod quietly as if she comprehended. She was clearlly pissed. In an instance, like this one, Dawn would've apologized but she couldn't. 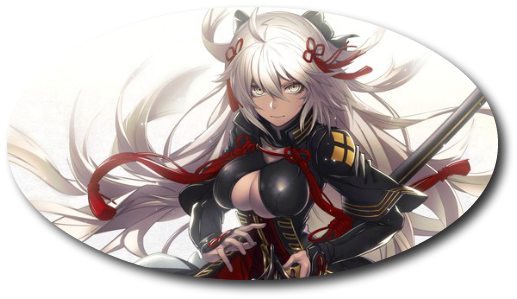 x/y words || @tagged || job info/job sign-up || Appearance
The crack of thunder hadn't shaken either body as they trudged their way through the pouring rain in order to come to this pub. Neither of them truly needed to be here in a place of food and drink really, but Gisen wanted to go at a great self request. This was only a side stop to actually visiting the royal castle for some work with the royal family. Simple guard duty papers and what not, but she wanted to be the one to do the leg work despite the title of General. Normally, someone of her level could push it off to another person without a question asked. However, that wasn't Gisen's style. She always liked to put in an equal front of the work if she was able to do so and if she wanted to prove her worth to the Rune Knights, she had to be willing to do grunt work with a smile. Not like it was hard for her.

Two female figures entered the building one after the other. The first was a very soaked bunny girl dressed into her uniform overtop of some other clothes. Knowing the rain was coming, she had planned by dressing in much more than necessary just because she didn't worry about things like other people such as overheating. The second to enter was a newer companion to Gisen's gaggle of girly spirits. Eliyares was a rather quiet spirit, but she was also bone dry, including her clothes. Some people looked at her for few reasons; firstyl being how she could be untouched by the rain, and the second having been her eyes. They were far from normal really, but she wasn't the type to do anything in the moment but soak up the observing eyes all looking to her. "Come on Eli! I wanna get some nice fresh carrots!" She brightly called out, peeling off the soaked uniform coat to reveal the clothes she wore underneath.

Approaching the counter, the bartender had taken his attention from the girl there that he was trying to get the attention of and took her coat. "We'll get that dried for you, General. Just sit tight and have a drink." He seemed to be friendly towards her, but she had come by every so often for many different reasons, so they were a slight bit friendly with one another. "Thanks a bunch! Umm, carrot juice for me and some water for Eli please!~" She replied with a cheery tone, watching him nod before he walked into the back. As the water spirit took a seat next to Gisen, the bunny girl herself was seated next to whom she didn't recognize so quickly as Dawn, but she reminded her of someone. "Evening~" She greeted, giving a light wave. The girl gave a bit of a wallowed question of a hello, but being in such a bubbly mood was not being popped so quickly. "My name's Gisen and this is Eliyares. What's yours? And why are you so glue- ...Mmm.. sad. I forgot the other word I wanted to say..." "Gloomy." A quick add-on had the Knight peek over her shoulder and then nod. "Yeah, that word. I'm getting there! Someday I won't need help~"

"One can hope only sooner than later... Getting tired of hearing that Sylph bitch to me." Eli thought, sipping her water and saying not a word after.