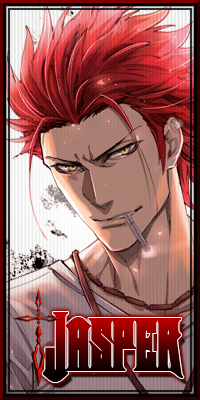 The scent of freshly brewed coffee filled the air, an intoxicating aroma that Grigori felt mixed well with the soft hints of nature that managed to make their way to the second floor balcony of his mansion. Located outside the city limits, the estate was just far enough to get away from the busy, irksome noise of the city and the associated smells of that many humans in close proximity, yet still close enough to have full access to all the amenities of living in the city proper. As much as Grigori appreciated the sounds and smells, the view of course was the biggest selling point. The mansion sat atop a good sized hill, in combination with his vantage point from the second story Grigori had a decent view of the massive forest that surrounded the southern side of the city, alongside a view of a few swaths of the southern road that was the main thoroughfare of goods in and out of the Falkenwold. It had cost a fair amount, but the view made it worthwhile in his opinion.

To his right, a small stand held his teacup, much as he abhorred the taste of most teas they were far more proper when sitting down with his clientele so he had learned to make do, though he very rarely filled his cup with such drivel. Instead, he much prefered the Enca-imported coffees, which smelled far better and served to sharpen his alertness whenever his work kept him awake into the small hours of the night. In front of him, a table that might otherwise be used for an outdoor meal was lined with stacks of reports and ledgers from his holdings all across the Pergrande kingdom and beyond. While he had people to do the majority of the work for him, it never hurt to go over their reports and ledgers and ensure himself that little was out of place. More than once he had been burned by an ambitious underling thinking they could short-change him and make their own fortune.

“Father?” Maximillions voice from behind him brought him out of his work. “Alice said you wished to see me?”

“Yes. Come have a seat with me.” Grigori replied, beckoning his son to one of the adjoining seats. His son complied, coming around the backside of the table to the seat to Grigori’s left. The 13-year old boy was slight, not yet having hit his final growth spurt. His stark, white hair with streaks of black would one day be echoed by his fathers as age eventually caught up with Grigori, but for now it was a lasting remnant of his late mother whose own hair had always been white as freshly fallen snow. The boys crimson eyes were assuredly from his father, however, and shown with an honest earnesty, though Grigori knew deep down the boy would much rather be free to spend time with friends than stuck learning his father's trade. Grigori wanted his son to be successful, however, and life as an heir to his company wasn’t any easier for it.

“How go your lessons? What is Mr. Henkel teaching you today?” Grigori asked,  grabbing his teacup and turning to face the child with his full attention. Mr. Henkel, or Johnathan Henkel, was the man Grigori had hired to tutor his son. While Grigori wished he could be more hands-on with his sons teaching, he could hardly instill all the basics into the boy whilst still fulfilling his duties to the company. Besides, if Grigori was being honest with himself, he wasn’t the best with children. Much as he loved the boy, he found himself lacking at times when it came to showing his son the fatherly aspect the boy deserved. He hoped to one day bring Maximillion with him and give him his lessons first-hand.

“What are you learning today?” Grigori repeated, his voice slightly harder despite his attempt to keep an even tone. Maximillion was being evasive, which likely meant he had been zoning out again.

“Uh… seasonal fluctuations in marketplace produce.” His son replied. “Isn’t that the kind of thing I could have someone more interested in it take care of?”

Grigori suppressed a chuckled. That one was a tad boring. “Of course, there will be others to handle the day-to-day fluctuations, but one day you’ll still have to give them direction. As much as produce might not be as interesting as the weapon and armour shipments, it is still a sizable chunk of our offerings. You’ll have to know when someone isn’t pricing our product correctly, and how to adjust for both droughts and  more favorable conditions.”

As Grigori stopped to take a sip of his coffee, his son sighed and responded. “I know, I know, Mr. Henkel keeps saying the same thing.”

“He’s a smart man. You really should listen to him. Remember-” Grigori was cut off abruptly by his son.

“You’ve got to know both the product and client, if you want to succeed…” Maximillion intoned,  ramming it into Grigori’s head just how often he said it. Much as it might annoy Grigori to be interrupted, he had to admit book learning alone was rather boring. No amount of mock-ups could take the place of real experience.

“Alright, child. If you can tell me the importance of the two, and how they interact, I’ll consider taking you out for my next meeting. I’m sure it will prove… informative.” Grigori said, a slight smile creeping across his face as his son perked up. Surely, a chance to see his father in action would help, though Grigori would be surprised if the chance to get out of the estate and see more of the world weren’t what peaked his interest more.

“Go on..” Grigori impored his son.

“Well… like you said, if there is a drought then there is more demand right? So you can raise prices and get better deals.”

“Close enough. Remember though, the client matters most. You can adjust the prices to match the need... “ Grigori replied, pausing a moment to take another sip of his coffee before continuing, “but sometimes it’s better to take a loss on market value.”

“A loss on market value in a drought?” Maximillion said, looking at his father quizzically. “But Mr. Henkel said…”

“And that’s why a little hands-on experience will do you some good.” Grigori cut the boy off. “It’s not all about numbers, remember we have working relationships with many of our customers. In times of drought and hardship, we can strengthen those bonds. A client whom we help in a time of need will be a loyal client in the majority of cases. You have to look at the long term, getting a better price in the here and now, while nice is not always the correct answer. We stand to make far more by keeping a loyal customer who depends on us for their needs than someone who feels as though they’ve been the victim of us in their dire time of need.”

Grigori waved his hand beckoning a servant waiting inside to come to him. The servant complied. “Mr. Crowe?”

“Please, take care of these dishes and put the paperwork on my desk in the study.” Grigori replied, getting up.

“What shall I tell Mr. Henkel?” Maximillion asked, following suit in rising.

“We shall go speak to him together.” Grigori replied. “And then, you’ve a number of things to get packed if you’re going to come along.”

The both headed indoors, Maximillion positively beaming with excitement.