Leanne on the Loose (Solo) Leanne on the Loose (Solo)

Leanne had finally escaped her wretched home and was planning to start a new life, free from her pesky goody two shoes brother and the parents that doted on the both so nonchalantly. As a good detour from her daily life, she opted to visit a place she'd heard rumors about: the Rose Garden. A place known both for its beauty and the various events it often hosted, Leanne was immediately enchanted by the bustling city and its vibrant colors.

She also noticed a lot of long lines. Was this one of the renown events? She waltzed up to a stranger without fear, nudging them and demanding information.

"You haven't heard? They're giving out passports to any mages that come through today. Wouldn't you be excited too?"

Oh, she was. How could she refuse the chance to travel, to get even further away from this blasted place? However, standing on such long lines was a burden not meant for Leanne. She decided a little mayhem was in order and knew just how to bring it about. Swiftly, she made her way to the back of the line, and proceeded to scream in the direction of its very front.

A cloud of black mist formed from her breath, and in seconds, the crowd was in a violent frenzy. Parents and children, neighbors and strangers- they were all fighting among themselves, blind to what was provoking them. Leanne smiled devilishly, standing just far enough away from the chaos to be safe.
Leanne Lyle

Re: Leanne on the Loose (Solo)

She remained one of the onlookers, slowly finding her way towards the front of the waiting queue she'd made a mess of. She got some weird looks, many trying to figure out why she seemed unaffected but most making sure not to make a peep about the issue. Once she was at the front of the line, she hummed innocently, awaiting any questions she'd be asked.

The first one was fairly obvious.

"Quite a ruckus," An elderly mage mused, hand gently running through his long beard. Leanne nodded in agreement, quietly exclaiming the glee from being able to create such a calamity so early in the day. "Your name, miss?"

"Not at all, not at all!" The old man howled with laughter. The girl surely knew nothing about being an adult- if she did, she wouldn't be surprised by the eclectic information needed just to get a passport. "This is just average questions. But I assure you, it will sound more like a census as we go. Now, there's a page for emergency contacts. Do you want to put down your parents, a sibling, a friend?"

"I'll go with my idiot brother." The girl's harsh words startled the man, but not enough to warrant concern. "I don't plan on telling him much about my travels, though. Half the reason I want this is so I can get away from home once in a while."

"Well, you'll definitely be able to do that!" The chaos behind them dialed down over the time it took for Leanne to finish the paperwork. It was long and tedious, but finally, she'd gotten done with all of the questions. As he was handing her her shiny new passport, the old man whispered, "If you come back here tomorrow, you'll find another nifty giveaway. Make sure to come. You won't be disappointed!" 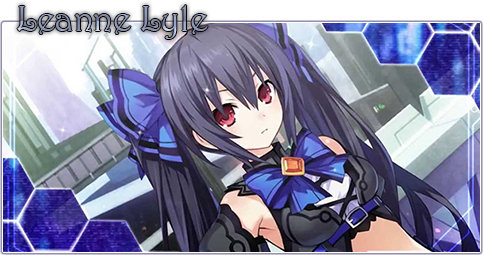