Strapped in, Dynamite and All ♢ Solo

Strapped in, Dynamite and All ♢ Solo

Job:
Job: Hostage Negotiator
Rank: D
Player Requirements: D-rank and above.
Job Requirements: Minimum of 5 posts of 150 words per character. Talk the stressed worker that he should not kill his boss and fellow employees. Failure results in an explosion.
Job Location: Capital Crocus
Job Description: Rune Knights have a current crisis in their hands and require a skilled negotiator to go talk a stressed worker that recently got fired. He has strapped enough Lacrima explosives to himself that he is able to level an entire office building. Attacking this man is too risky and thus they hope a 3rd party negotiator can end this confrontation. This is officially a free job and the jewels come from the people inside the office that thank you with their salary.
Reward: 200 Jewels

Re: Strapped in, Dynamite and All ♢ Solo 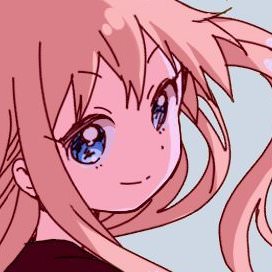 althea eventide
Word Count: 757
Word Count Total: 757/500
Tagged: @
Music: N/A
٩( ๑•̀o•́๑ )و
Althea plopped another strawberry in her mouth, tasting it carefully before actually swallowing.  She was getting experimental again with what she tried, seeing as whenever she dropped by in Crocus she always went to buy some fruit from the same stand.  The first time around she had a nice taste of mulberries, but this time it was strawberries.  The blonde was more of a blackberry person, but it never hurt to try new things.  And so far although it was shaped weirdly compared to other berries strawberries were on Althea’s “I’d try it again” list.  She was in the Capital in the first place mostly just to check if any jobs needed to be done there.  Sometimes Fairy Tail’s job board didn’t have everything that was out there and it was good to be thorough.  But, at the moment she was on some downtime, so why not eat some delectably sweet berries?

At least that’s what Althea thought before she saw a huge crowd gathering around a building, everyone looking upwards at it’s roof.  The youth cleaved her way through the people before promptly stepping over the police tape that seperated the public from the “danger zone”.  “Hey,”  She said, tapping on a Rune Knight’s shoulder, “What’s going on?”  The soldier turned, and although he at first looked like he was going to tell her to get behind the tape one of their colleagues stepped in.  “Althea Eventide, right?”  The water mage nodded, “Perfect, we needed a reliable third-party.  You see, an former employee here has strapped explosives to himself and has hostages, so we can’t go in there and apprehend him normally.”  Althea eyes the building, confirming that not only the worker themself but the rest of the building were covered in explosives.  “So, we need him to get off with everyone uninjured, could you do that?”  The Rune Knight said, offering her a loudspeaker, “I think I’d be the last person fit to tell someone not to kill himself.  But hey, I’ll give it a try.”  She replied taking off the soldier’s hands.

Althea then rose the loudspeaker to her face before speaking, “HEY YOU, WHAT ARE YA DOING?”  She yelled, even though the instrument she was holding already loudened her voice.  The stressed worker didn’t respond at all.  “Forget this…”  Althea muttered before running towards the building.  “Don’t, he’ll-”  “I JUST WANT TO TALK, ‘KAY?”  The mage yelled once more into the loudspeaker as she scaled up the office.  And soon she was on the roof with the dynamite adorned man, her eyes lingering on his twitchy trigger finger before moving onto his face.  “I said, what are you doing?”  The stressed worker stared at her for a moment before simply laughing.  “Isn’t it obvious, I’m taking back my life from this bastard!”  They exclaimed, pointing with the trigger to one of the tied up hostages who was probably their boss.  “I’ve been here for decades yet he fails to give me anything in return for my hard work and loyalty!  All he does is fire me!”  The youth glanced at the boss, although she got no eye contact back because they were only focused on the bomb’s trigger.  “Yeah, that does sound pretty dumb.”  “Of course, that’s why I’m-”  “I mean it must’ve taken a lot of planning to go into rigging up this entire place.  If you’re as lowly valued as you say it must’ve taken ages to figure out how to plant explosives in places you had no access to.”  “Yes, but-” “I mean, before I spoke to you I looked for a way in first, but I couldn’t find a single one that didn’t lead me to potentially breaking something.”  Althea grinned at the stressed worker, “You're really something, you know that?”  The worker at first looked like a loss for words, “Of course!  That’s why I have to do this.  I’ve wasted too much of my time slaving away for an uncaring master, but now I’m the maker of my own future.”  “Oh, is that right?  Then how come you aren’t just moving on?  You have the skills, you’ll be able to get the opportunity.”  “No one would hire me after this…!”  “You’d be surprised, I mean you could even join a place like Fairy Tail, you know?  So,”  The young girl walked up to the worker, stretching out a hand with a strawberry inside.  “You wanna get off the roof?”  Althea wasn’t sure when, but at some point the worker had began crying, “Y-Yes!”
IVYLEAF33
_____________________________________________________________________________________
bank
« View previous topic · View next topic »