Meeting the Burning King, and gaining a God's Beyond Instinct! 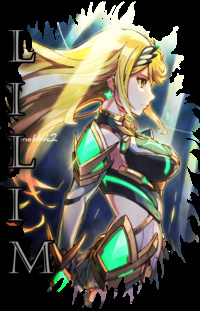 Meeting the Burning King, and gaining a God's Beyond Instinct!

The In-Between. A strange place where not many come to stay, most of the time just passing through to another place using the Wakusei Portals. I had never understood why, as the vibrant, multi-colored sky glowed a peaceful light purple at the moment, and was filled with the countless stars. It was the perfect place to be. One could hide here for a millennia, and never be found if they so chose; The expanse of space seemed minute, but as one continued walking, they'd find the horrific truth of this space: It was Non-Euclidean in nature, not bound by the same constraints that most of reality was bound to. So, in theory, one could continue walking towards one point in space, and not only never reach it, could probably find more than one instance of themselves walking alongside themselves, slightly desynchronized from the other facets of themselves. They could also probably find the beginning of this universe by taking a single step forward, and the ends of it by taking that same step backwards. It was an unlikely series of events, to be certain. It could even drive one insane, if they didn't already fall under that category.

However, this was the demi-plane I found myself in, the infinite echo that reverberated into the eerie silence from every footstep, or sniffle. I knew I could never stop the noise from entering my ears, so I did what any sane person, or any foundationally stable insane person would do: I started to walk. While the "path" itself, the inter-dimensional "material" that neither existed or didn't exist, created itself underfoot; I'll never quite get used to that strange feeling of almost falling on your face, yet  always finding a platform underneath ones' heel. It was... disconcerting; if I was being honest. However, I kept walking despite that strange feeling. I walked, and while I did, I watched the world around me spin, the sky changing from a bright, shining Purple, to a macabre, sinister deep blue, and yet from there, a verdant expanse of deep, though bright Green, and to a chill orange. It was strange, watching what was once a bright blue sky beyond the portals, one that only changed in 10-14 hour increments during different seasons, change into a fast-paced, multi-faceted sky that seemed temperamental rather than calm and steady. During my walk, I watched the sky above me change, not just in color, but also in configuration, as not only stars, but the other portals themselves kept shifting in place, falling, rising, vanishing, moving left to right, and more; Yet I found no difference with this than the quickened passage of time when in the normal world: Just in a different perspective.

The first thing to break the monotony was a massive being, reptilian in make up, or so I could see, bigger than should've been allowed by nature; Flying around, not caring in the slightest about anything that could ever be so insignificant to be small enough to be blown back by its magnificence. I stood my ground, bracing myself against this illusory foundation, not taking more than a step back before the sudden, bracing gale disappeared unto the horizon, the swift changing horizon. From the horizon that the massive, and dangerous beast disappeared into,  a beam of silver-white energy curved across this strange, seemingly infinite inter-dimensional space, carving a hole into the fabric of the space, one where a green field atop a pyramid rose to meet your gaze. A gentle breeze wafted over me, from this strange portal, before I slowly entered it, the sweet scent of cherry blossoms, and the bright, fluorescent primary sun burned a brilliant, golden hue, as its secondary and tertiary counterparts burned a bright white and a sky-blue respectively. I had spent most of my first few moments here blinded by the strange, yet beautiful natural beauty; Yet, it came to an end to a quiet, demanding voice breaking my silent reverie with a few simple words: "Mortal, what are you doing here?"

I spun around so fast, I nearly fell, but I caught myself before that could occur. As my eyes adjusted after the rather strange disorientation, either due to lack of gravity, or the re-adjustment to a lighter version of it. Given that it was somewhere amidst those two, I breathed in a sigh of relief before looking to whomever disrupted my personal trance. It was a Humanoid, an upright monkey coated in fur, and garbed in silks and accessorized by a giant thread-belt type thing, and a thing of beads, each as large as a head or so, maybe even more. I coughed lightly, clearing my throat of phloem, gathered by the disuse in an unknown quantity of time. Then, I spoke, saying lightly: "I... Ehrm, I was looking for another Deity to contract with. I was looking for power." I said this, grimacing internally. It wasn't that I was unwilling to say it, it was just that I felt that I had no choice. I looked back at them, and their face was in a knowing smile. His smile cracked for a bit, then turned into the biggest S*** eating grin one could find, before tearing a bead from the floating ring around his neck, and throwing it at me, hitting me in the chest with a heat that, quite frankly, felt quite odd.

I felt the force throw my body with little to no issue, before I impacted the ground. Yet, despite feeling like I got hit by a dump truck's combined force in the space the size of a small baseball, I got up instantly, feeling just fine, if a tad stung. However, as I rose up, and looked around, the field around me was empty, barren beyond the plants for as far as the eye could see, the only thing left was a small symbol above my sternum, and a small portal, shaped like a door, that opened up in the space I left Hargeon into. It was all around a strange experience, however, I at least can say that I wouldn't be leaving empty handed,. It was going to require a decent bit of training to first find, then harness the strange energy the odd god's power left within me. I shrugged, then found myself back on Earth, feeling strangely light as the normal, blindingly bright sun glared through a bright blue sky. One, I might add, that was dotted with clouds.