Ruvel had been dealing with a lot of stuff since his return back to Tolgalen, his summons had upped his studies and he had been made to train more. It made him wonder if there was something going on that they weren't telling him, he knew it was a waste of time to ask them as they wouldn't give him any information so didn't even bother. At current he was wearing his normal white hakama, an ice blue and white hooded top, white tabi and black shoes. It wasn't long since he was last chased up a very thin piece of spider silk created by one of his summons, every time she caught him he was forced to start at the bottom again and try to get to the top of the companies roof. In honesty to him it was a bit unfair as she had the upper hand but knew better than to complain about it, each time he managed to get a bit further up before she caught him. He tired so easily that they had to stop well before the summon wanted to, he knew that this was just to be a quick break before it started all over again.

He moved into the company's headquarters and was heading towards the kitchen when he stopped hearing someone talking about a plight in Desierto. The receptionist saying that they would put it on the board, that someone would be with them as soon as possible. Ruvel walked over taking the flyer "My name is Ruvel Mizune, I am one of the vice presidents here at the West Fiore Trading Company. I will personally help you in this endeavour." he said looking to the man behind the reception desk "Be sure to tell Cirven and the others they'll send out a search party otherwise also please get in touch with Black Rose and see if a member by the name of Miss Kiru Nivani is available, if she is tell her the details, the location of the village in question and that I am personally requesting her help in this task, that I will meet her at the village." he said not waiting for a reply as he turned around his eyes on the male that had come such a long way for help "Please accept our hospitality and stay as long as you need. When you feel ready to return home we will give you passage on one of our ships." he said with a calm tone heading for the company head air ship.

As soon as he was on it, it took off within thirty minutes towards his destination the twins creating the link that was needed, on this occasion given he knew time was something that wasn't on his side. He hated ships so much, they gave a fake freedom that he despised along with them. It wasn't before that long before he was at the village in question and left the ship happy to be on the ground, but he could see what the man was speaking of. He had made sure to bring food and supplies for everyone but it was clear that it wouldn't be enough for the issue but it would do until he and Kiru if she was to show up could come up with a better solution for the issue the people there were having. 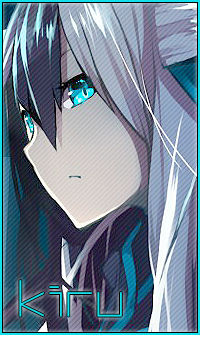 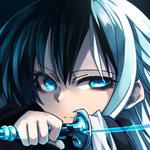 "Well check again. I don't want any missteps this time. It eneded up costing the guild a small fortune the last time we lost track of the person's tab. By the time we figured out, they were a continent away. It took me a week to track them down, and get back whatever I could."
"R- Right. Of course, ma'am!" The man responded and scurried off. Kiru watched him leave the room before she sighed and dropped a stack of papers onto her desk and leaned back in her chair. The guild paper work was just as tedious as she remembered it being. Didn't seem to matter what happened outside the guildhall, the paperwork was always the same. And she was really the only person who did it. Not that anyone else in her guild couldn't do it, but the fact was Kiru didn't trust anyone else to handle it. Didn't seem to matter though, Kiru didn't think anyone else in the guild had the patience for something like this. Which made her perfect for it. Not long after the woman had returned to signing documents another man walked in to drop a letter. "This came for you Miss Nivani." Kiru nodded and looked at the letter. Its seal bared the West Fiore Trading Company symbol.

Kiru soon found herself in the middle of the desert. She awaited the arrival of her partner. Knowing him, this job would be a lot easier. Especially with so many people involved. Not only that, but the assistance could prove useful to strengthen relationships with their guilds. 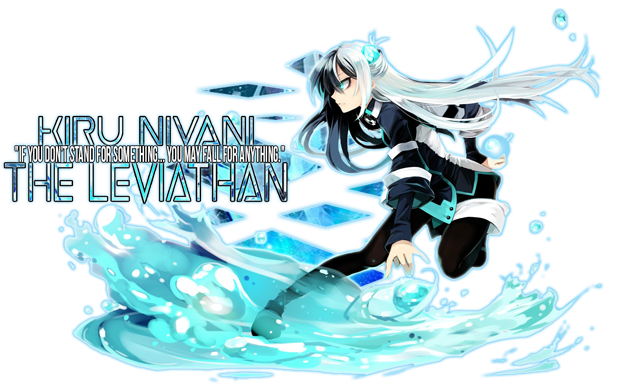 It had seemed the two had arrived around the same time, this was impressive given that the communication may have taken at least thirty minutes to an hour if sent by their normal means, which he had a feeling that may have been the case if by letter. Allowing those that had accompanied him to send out supplies he walked over to Kiru and smiled "I'm glad that my request for help got to you, as you can see these people are in dire need of help and there is no end to this heatwave, if they stay here much longer they will die." he said with a stoic tone as he looked back at where he just came from villagers grateful for the supplies given to them. "If not by the heat, then by the drought and lack of food." she looked to her for a moment. "We need to up root them and move them to somewhere with shade and a water supply which given it is a dessert isn't exactly an easy thing." he said with a sigh but then he remembered that he had seen a large oasis a few miles walk from there and with the supplies that he had brought from Tolgalen that would easily help them build a new settlement while having enough to survive and even tents for some temporary shelter. He looked back to those on the ship "We need to move them, there's a large oasis south west of here that would be perfect. help the elderly, the young with their mothers and pregnant women the rest of us will walk." he said not sure if the other would be okay with the plan but at the end of the day there wasn't much they could do. Soon after the airship left for the oasis in question while he, the villagers and hopefully Kiru made their way by foot.

Soon her partner arrived and the two exchanged greetings. He informed her on the more intricate details of their situation that Kiru hadn't seen in the message. The only thing that was written was the basics and the need for assistance, so she was inclined to help. Ruvel was right, people here were in serious danger if they didn't get somewhere with water. Luckily for them though help seemed possible. There was an oasis close enough for them to get too if they could hold out a little longer. Kiru and Ruvel were there to help them achieve this purpose.

Soon all the sick, elderly, and young were loaded onto the airship while Kiru and Ruvel stayed with the rest. It was their job to make sure the rest got to the oasis safely. Over the course of the next few days the group finally made it. Luckily there were minimal problems along the way and everyone seemed to survive.