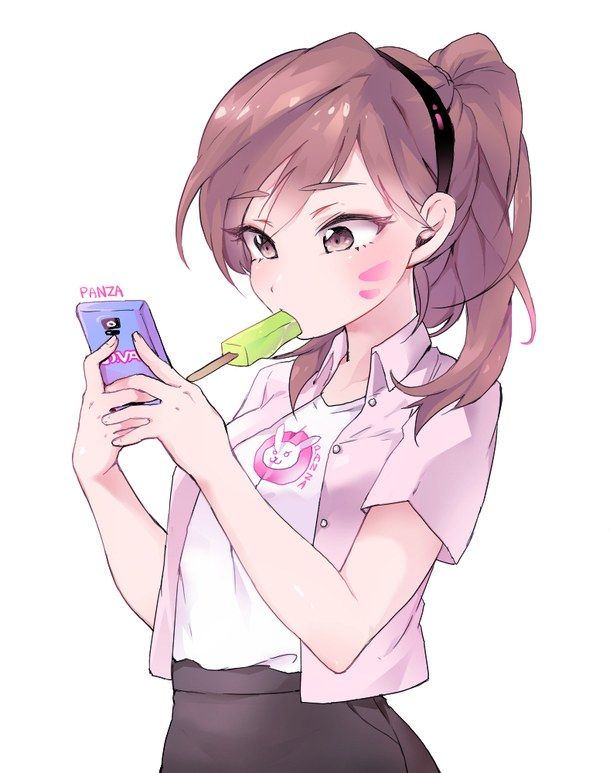 Tag
Words:
"I was only mostly dead."
A sigh escaped the Nephalem's mouth as he walked along the streets of the city's capital. Even now there was still a lurking tension in his thoughts and stomach, one that hadn't gone away since he woke from the dead. It wasn't something to be proud of, at least in his book. His power was still gone, but his memory of all of his glory was still there. And to remedy the feeling of nostalgia that he couldn't get over, he found himself craving one of the desires that hadn't escaped from him: strawberries. Unfortunately he also lost his ability to conjure up any kind of strawberries that he wished for at an instant--though that wasn't the most frustrating part about the experience. So in place of this, he found himself in the awkward position of actually having to buy something himself. Though rather than just go for raw strawberries to chew on, he decided that a dessert would suit best for the moment. The bell just above the door's frame rung as he swung it open and entered the shop. He was given a friendly greeting, which he gave a simple wave in response. His eyes looked back and forth as he entered the shop, seeing only a few people there at the current moment, but one individual stood out to him... he might try to strike up a conversation with them.

"Strawberry sundae..." he ordered at the counter, and now it was time for him to wait. He made his order quick, as he wanted to find his seat fast, in front of the person that had caught his eye earlier. It was a girl, looking perhaps a few years younger than himself, certainly shorter. She sat by herself eating the same dessert that he had ordered, but one thing about her caught his eye. He sat himself in front of her, and stared at her blankly for a moment, before he pointed at his own ears, signaling to her that he was curious about... whatever it was she had on hers. "What are those, exactly? Never seen them before." He knew a lot and a lot of things about the world, but this was something new; he could only hope that she was kind enough to respond to him. After all, Deniel knew full well how some women could be if a man so much as tries to strike up a conversation with her.
Notes
template by Sammy @ Adox 2.0

Tag
Words:
"I was only mostly dead."
Deniel was a little astonished he didn't need to ask for her headphones, and she put them on the table for him to try it out. He glanced down at them for a second, averting his gaze back to her before shrugging. He picked them up, and gave a very brief analysis on how they were built. He placed them on his head, the music beginning to flow into his ears seamlessly.

His face was fairly blank while he was listening in on it, but a slight smirk cracked itself onto his face as he took the headphones off and placed them back on the table in front of her. "Interesting. I've never come across something like this before, but... I might pick one up myself." He responded to her inquiry with a nod, and very shortly after she mentioned it, his strawberry sundae was brought to him to enjoy. He nodded at the waiter with a thank, and picked up the spoon to dig it into the sundae, and swallow it up in his mouth. His expression was a little tense as his eyes looked down, obviously thinking about something. He took a second spoonful of it, and after a few more moments of awkward silence and thinking, he sighed and ate more of his sundae a few bites at a time. "Strawberry sundaes are quite the dish, if done right. This one is fine... but it could use more strawberries and less vanilla and whipped cream. They drown out the ripe taste of the strawberry, y'know?" He took in a few more spoonfuls of it, and sighed hopelessly. He enjoyed the sundae that was given to him, satisfied that he could taste a good one once more, but it reminded him once again of everything he had lost. "I used to have a Magic that could create a hundred of these things in a snap of my fingers... but it's all gone now. Just like everything else I had. My power, my glory, .... everything." He realized he was perhaps telling too much to this stranger girl, and stopped himself from further discussing his past, hoping to change the subject to a more introductory phase.

Tag
Words:
"I was only mostly dead."
The woman mentioned the freshness of the strawberries, something he had not noticed previously. He took a few more spoonfuls of the sundae, and focused his attention on the taste and ripeness of the strawberries themselves. They were quite good, but of course he knew that in his lifetime he had tasted better. Still, getting a bunch of ripe strawberries all at the same time was no easy task, and he could only accomplish this through his previous Magic. A fellow strawberry enthusiast was always a friend in his book, however; he recalled once that he had met once before, though... things never ended up too well for them. He shook that thought clear from his mind and focused back on her. He listened to her silently introduce her name, and it was quite the easy one to recall. "Rishi... simple enough." He smirked and gazed back down at his dessert, eating just a tad bit more of it after she had seemed to enjoy it more thoroughly in her last few spoonfuls. "No two strawberries are created equal. There will always be some above the rest in a single batch, and of course in every dish." It was clear that he wasn't just a "strawberry lover" like her, but more of a connoisseur, or even a fanatic for them. To him, strawberries was the finest fruit in all of the world, and one of the most challenging, yet rewarding, to incorporate into a dish.

One thing he failed to notice until now was that she had a Magical Aura; she too was a mage. Disappointed in himself for not realizing this, it was yet another signal that he was significantly weaker and less capable than he used to be. Regardless, he thought it was worth bringing up, and maybe he could see what kind of Guilds there were out there. In the previous encounter he had with a Wizard Saint, after all, he discovered that there were a few new Legal Guilds that he was not familiar with. No doubt, things had significantly changed since his demise. "You're a Mage, aren't you?" He inquired of her, already knowing himself that the answer would be 'yes.' "Tell me, what Guild are you in?" Statistically speaking, it was a significantly higher chance for her to be in a Guild than not be one. As far as he knew, he was one of the only Mages out there that outright refused to ever be in one; many of them are Guildless only temporarily, and eventually find their way into one. But Deniel, on the other hand... there was something about them that always kept him astray. Even when he had a very strong bond and alliance with Infinity Hydra. He flashed back to the previous conversation he had with the Saint... she never mentioned it. It must have been disbanded, too. Damn it... I hope nothing terrible happened.
Notes
template by Sammy @ Adox 2.0
_____________________________________________________________________________________