"Rin...this is madness.." Theo groaned, scanning the throng of collective human elbows. Just...elbows. Everyone was throwing them like confetti at a party. He could've sworn he just saw a tooth fly out of someone's mouth. That'd make a lovely ID photo. The treasure hunting man looked more worried by the second, reaching up to touch his face as if to erect an elbow blocking barrier. "I'm pretty sure that old dude with the cane just beaned a five year old to knock her out of line."

The Crystal Swan member just stood back, mouth gaping at the chaos of the line, if it could even still be called that. How would they make it through before the issuers were done for the day? He just had to get one. What kind of treasure hunter didn't have a passport to travel everywhere with?  If even Theo was a little intimidated, what must it be like for the small teen he was with? He squared his shoulders, possibly even puffing his chest out as he made up his mind and psyched himself up. "No matter how elbow-y these crazies are, I'll keep your face from getting smashed. Okay?" 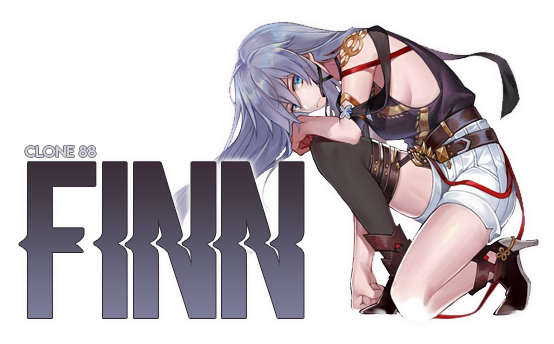 Wow. This really wasn't what she was expecting at all.
She knew that there were going to be a lot of people, but she wasn't expecting it to be this crazy. Having a passport was important, sure, but was it really worth all of this...?

Rin looked up at her tall friend. He seemed to be just as concerned as she was. People were pushing, shoving, screaming, and just all around acting like animals. It was really unsightly.
People really shouldn't be acting like this. Rin pouted, frustrated by the behavior she was seeing.
Pie-face, I mean Theo, piped up, offering to protect her from the flying elbows of the townspeople. She smiled up at him, appreciating the kind gesture. "T-thank you! That's very sweet!" she said, pushing a strand of hair behind her ear. She looked back to the crowd, pondering what her next move would be. They had to get their passports somehow... But this line was ridiculous. They had to come up with a plan... She raised her tablet, looking up to Theo as she did. "M-Maybe I could make something to distract them?"
coded by benetnasch of THQ

Theo's own mind was racing for ways he could use his own magic to get them ahead without either of them getting mauled by rabid vacation hopefuls. Jello was rather bouncy, after all. Perhaps he could just use his normal shield, holding it in front of Rin as he charged them both through the line like a bowling ball through unruly pins. Ah, but that would put them in rather close proximity. His arms were only so long... he made himself blush a little. Raising a finger to scratch at his cheek nonchalantly, considering other unspoken options. He had a few ways he could go for just him, but he and Rin needed to stay together! He promised to protect her! He couldn't just armor himself and enter the fray...or just zip all alone to the front and barge his way in.

Oh, she could distract? "Oh? Like what?" he asked, not having a clue about her magic. A distraction could be helpful! Make everyone look to the left so they could sneak past everyone and slip in unnoticed. "It'll have to be big to get everyone's attention. We'll have to be sneaky..." he said thoughtfully, tilting his head and sending inky black strands of hair over his face. His eyes met hers as he waited for her answer, his expression betraying his curiosity as usual.

A distraction. Rin scrunched her face up, deep in thought. What would get these people to move away? Maybe something shiny? These people seem greedy enough to fall for some fake treasures. She looked back over to her friend, and instantly scrapped that idea. Her treasuring hunting companion would definitely go running for it too if he saw it, and she definitely didn't need that happening.

She began to lift her tablet, pressing the button to fabricate her pen. As it did, she began to scribble something. Perhaps some sort of creature would entice them? She was thinking of a cute animal, but realized quickly that she wasn’t really able to remember many of them. She blushed deeply, feeling quite foolish for not knowing about things as simple as animals. There was one that she could remember, and it was quite cute. She furiously scribbled until the animal began to appear just to the right of the crowd. Uh... Why was it still growing? It wasn’t supposed to be that big!?

The elephant finally appeared in all of its glory, thought it was a considerable bit larger than she was envisioning. At least it was big, like Theo had suggested. People stared at it for a moment, but as the elephant lifted its trunk to let out a mighty trumpet, they began to scramble in fear. “O-oh... I seem to have made a goof...” Rin said, biting her lip in embarrassment. The screaming and flailing bodies before her were extremely frightened by her beautiful creation. She pouted for a moment, thinking that she had done a rather good job. She waved her arms at the people, yelling to them, “D-don’t be scared of him! He won’t harm anyone!” But nobody was listening.
coded by benetnasch of THQ

"Kekeke!" Theo clucked evilly, thoroughly impressed by the adorable, but giant, beast. "Yes! That's perfect, Rin!" he congratulated, turning his eyes to the opening path straight to the passport issuers, who seemed strangely unfazed, if not actually bored. He then turned to his guild mate, jamming two thumbs up. "Your magic is so cool. Is that how it works? You draw it and it comes to life?" the dark-haired man wanted to know, now moving forward and motioning her to follow and stay close.

While her antics had cleared quite a large number out of the line, there were still some stubborn ones. Those stubborn ones were using her distraction as well to slip ahead of each other, or even ambush with elbows to try and clear their way to the beginning. As the two at least came to stand in line despite the chaos, Theo frowned. This was no good. Much shorter, but they were just as in danger of getting their faces bashed as before. There was even a line starting to form behind them, offering more impatient people to ward off. "Any more ideas? Because if not, I have one, but it would require you to take a piggyback ride..."

Rin smiled at her friend's reaction to her magic.
It made her really happy to see his interest in it. "Y-yes! I can create pretty much anything with my tablet. It comes in handy a lot!" she gushed, a twinkle of excitement in her eyes. She followed along, close to his side, as they approached the booth. Yet, Rin's elephant seemed to have helped other people more than it had helped them. She crossed her arms and pouted at this revelation. They were supposed to be at the front of the line! Not these people! She grumbled quietly to herself as she thought about what to do next. "I don't really know what to do now, Theo. I'm sorry." she said, a frustrated look on her delicate face.

Theo then suggested a plan that involved a piggyback ride. "A piggyback ride? W-what is that?" Rin asked, her head tilting to the side slightly. Did it have something to do with riding on a pig's back? She looked around, but there were no pigs in sight. She was quite puzzled indeed.
coded by benetnasch of THQ

Theo stared at her for a moment, a sort of befuddled blankness crossing his features mere moments before the cuteness settled in. What a cute question. She didn't know what a piggyback ride was. Rin was looking for the pigs oooooh god he thought he was going to die from how adorable that was! His cheeks flushed just a little and he chuckled, attempting to recover his composure. How to explain? "Uuuhhmm....a piggyback is where...Hm. It's where, like...you ride on my back. You know, I actually have no idea why it's called a piggyback. Seems dumb," he tried to explain to her, though his own musings took over at the end. Shaking his head to bring him back to the fact at hand, he smiled at her and hoped he had explained it well.

Oh wait, he hadn't offered her any context as to why he wanted to carry her on his back. "OH. Uh. Well, you see...you'd need to do that because...I think I'm going to spread jello under everyone's feet around here, so they'll start slipping and falling, but I don't want that to happen to you! So if you are on my back, we can both skate our way to the front and presto! Passports. Eh?" Theo finished, quirking one brow to emphasize his strange, but probably effective offer. He crouched down, motioning for her to just put her arms around his neck and he'd take care of the rest.

A large blush shot across Rin's face, making her a bright red color. Ride on his back? How on earth was she going to do that? She had to admit,
his idea was a really good one. She didn't know exactly how his magic worked, but she trusted him and his judgement. She also really didn't want to slip on a large sea of jello. What an embarrassing story that would be. She bit her lip and nodded. "O-Okay... I'll try my best!" she said, trying to be as confident as she could be.

She quietly walked behind him, putting her arms around his neck and climbing on. Her blush only seemed to become a brighter shade of red as he grabbed her legs and lifted her up. "O-Okay! I'm ready!" Rin said, holding on tight like the spider monkey she had become. Theo then activated his spell, causing everyone them to slip, then calmly and confidently glided towards the booth. Everyone was cursing and yelling behind them, but they really didn't care. Rin and Theo had gotten their passports that day, and their pictures totally didn't suck.
coded by benetnasch of THQ

» A Passport is very useful [Private]
» Passport, Please (Private/Meletzo/Job)
» Acting out for a passport. [Private|Job]
» Just Another Picture [Job|Solo]
» The Stormcaller Receives a Passport [Private Job]