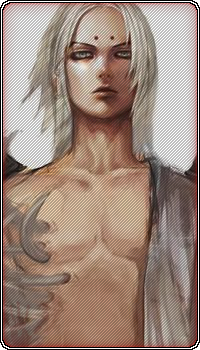 The day would be sunny in the town of magnolia as the sun would radiate beams of pure heat on the town. Kids would be heard playing tag as they  ran across the hard asphalt, with no care whatsoever if they fell. The town of Magnolia had been a lively one for sure, even Izo felt at home there with his calm and gentle demeanor, he was never bothered by any Fairy Tail wizards and could actually be left alone to relax and think about the the good times. The wind would suddenly blow past gently, causing the leaves on the ground to float off and be guided by the gentle breeze which was perfect to cool someone down from the blistering heat. As the cheers and yells of joy would be heard throughout Magnolia, Izo would lay atop of a park side bench. The bench had a bump in the middle, causing his stomach to be rather higher than the rest of his body, though he did not mind.

He had been thinking about his guild and how he had yet to make any connections within it, he was lonely as always, the only things who were his friends were the flowers. The beautiful flowers that Izo admired so much, being able to sway in the wind and be left alone was a dream for him, a dream that he would acquire one day, whether it be by death or living in peace. "A guild, huh? I though it was more interaction. Seems those guilds I heard about as a kid was nothing but a lie. I wanted a guild were I could gain and stay beside comrades. Tch, what a joke." He would pull his upper body off of the bench, causing it to creak, as he changed into a sitting down position. He would not be aware that not too far away, there was a man with white hair who could have possibly heard his complaint.
_____________________________________________________________________________________ 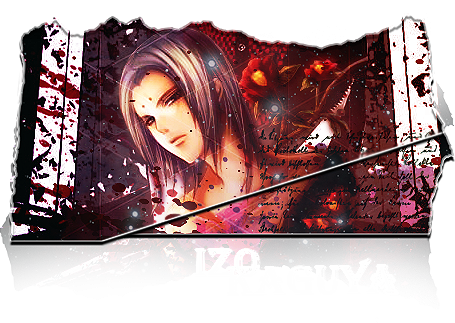 It was not fate that the man with white hair would be standing near where Izo Kaguya sat, nor coincidence.  The desire in Izo's heart, shined like a beacon in a starless night that had drawn the attention of an entity who sought to grant those desires.  It was by her will, that the man with white hair had come to Magnolia, in search of a new ally.  "I hate this bloody town."  He uttered, exhaling a dark cloud of smoke that trailed behind him as he walked through town among the civilians who'd cough and gag as they walked by him and caught the scent of the cigar held firmly in his teeth.  The enormous man did not know fully the reason why he was sent.  Though he knew his mission and what it was he was supposed to accomplish, however he was uncertain why it needed to be him to accomplish it.  Was this a test, or was there something about the man he was about to meet that was somehow important?  The stern faced man looked about the area, through the crowds of smiling faces and saw one person who was unlike the rest of them, who's dissatisfaction stood out in the sea of content.  A light breeze swept through the area and whispered in to his ear and as if a label were painted upon the boy's face, Lord Nimbus knew he'd found the right person.

He would glance at the scenery as it was swept to the side by the gentle but harsh wind. He would let out a long sigh as he inhaled and closed his eyes, allowing nothing but natural sounds ring through his head. Until a deep voice pierced through his eardrums as he swiftly opening his eyes to see a tall man who also had white hair. The man would speak once again, asking if he was lost. He wasn't necessarily looking for something, he was hoping that something was looking for him. Though he knew that the likeliness of someone to be looking for him was at an all-time low. A pause would ensue before he let sat straight, causing the bench to creak as he looked at the man with his vivid green eyes.

"I am looking for nothing, rather hoping something would find me." He would answer blatantly as his dull piercing gaze would look into the fierce man's eyes. What am I looking for? He would question himself in his head as breeze would blow away a rose from the patch of grass it had been planted in.