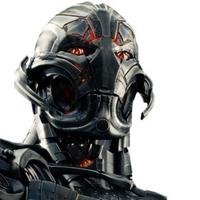 Deliver My Letter!:
Job: Deliver My Letter!
Rank: D
Player Requirements: Must be done under 10 posts. 500 words total. This increases by two posts and 200 words per extra mage.
Job Requirements: Deliver the love letter.
Job Location: Magnolia Town.
Job Description:
There's this man in Magnolia who wishes to send a letter to one of the most popular celebrities in Fiore, who seems to be his childhood friend and love interest, and surprisingly, that celebrity is heading to Magnolia Town. You must get through many fans and enter the backstage if you want this to happen. Just don't get caught by security, or else you won't be able to give the letter.
Reward: 600 Jewels

It was an unusual request for sure. To even request it from Xellal is even more unusual- But it wasn’t something he would simply reject. He had to integrate himself with the society of this plane and the people. Even if it were to merely accomplish the menial tasks of day to day love interests and the like.
“Thanks a bunch mirror-dude-guy!” As the individual had rushed off blushing, it was that which clued Xellal into the matter he was settling with.
So he stared at the letter a moment and went to inquire something to the man. He realized that the simplicity he exemplified in his origin plane to probe the minds of nearby denizens and or even just finding things was extricated from his capabilities entirely in this world. A nuisance for sure, but something he could manage. He was once human, dabbling in the maze of confusion of politics and mental relationships held together by sheer trust.

Despite the fact he was almost perpetually under the careful watch of virtually everything, he strolled through the streets of the town; as if he belonged exactly where he was- although this was far from true. The stance, pose and bodily expressions were almost convincing enough to lead those that lived here to believe that he, in-fact did belong. He liked it that way, but if it were something that did make people uncomfortable is he eventually wielded his left palm skywards as black etching flowed into the air slightly above his palm. Intricate circles wrapping around one another as the smaller variations got populated with foreign words and symbols. His focus expanded as the energy flowed into his body as a golden energy wreathed the area. He was seeking that particular celebrity he was informed of. "Legendary Lore" It was a matter easily distinguished when he utilized the arcana of his youth. Although his tongue was foreign to those around him, it was apparent the further he utilized the spell, the less it seemed hostile. More of a map that stretched out as far as the eye could see in the town, dotting away points of importance in his field of vision to attribute something more of a tactical visual.

In what seemed like a matter of moments, he had hovered his way nearby to spot the security, who were very intent to watch him. Providing a brief squint he meandered behind an alleyway and begun to animate the small letter into a small plane. And guided it along the air; looking like a silent bird drifting through a cracked window into the preparation room on the other side gently nestling itself with the woman’s other belongings, with a touch of glitter to catch her attention to the letter. A simple task he thought, but it rose the question in his mind. How difficult would it had been for someone else? Or if he was incapable of even a speck of dust in the cosmos of his power. It was truly neither here nor there for him.
But he was to remind himself of humanity once more, a task that may provide trials unexpected to even him. Time will tell he supposed.