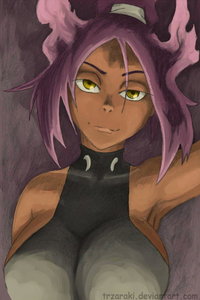 First Date:
Job Name:First Date
Job Rank: D
Job Requirements:One mage only of any rank, At least five 150 word posts, and must make it a good date that will make him/her remember it and want to go on a second one but do not reveal your identity, steal their affections from the client, or break their heart (doing any of these will mean no jewels for a reward). Monster rolls are not required but are there for guidance if needed.
Job Location: Oak Town
Job Description: Some lucky person (male or female) finally gained the courage to ask their long time crush out on a date. However, they don't have the courage to follow through on that date. This said person has turned to any mages that are willing to help him/her on their path to finding true love. When meeting with the client before the date they will give you a lacrima to change your image so that you appear and sound like the client. You will then go on a date for the client, you may do whatever you wish on the date so long as you make it a good one, and of course don't end up stealing the dates heart, breaking it, or revealing who you are. The client is willing to give a reward to those who complete the job without messing anything up.
Enemies:
Weak:Uh-oh conversation, that's right somehow manage to interact with a real live boy/girl/man/woman/etc. Do your best to try and not make a fool out of the client.

Normal:Things have been going well thus far on the date, the opportunity has come show her your best pick up line.

Strong:One of the clients friends (apparently they're not that socially awkward) has spotted you and proceeds to interrupt your date for a chat. Somehow get this friend to believe that you are the client, keep the date going well, and not destroy the friendship (the clients doesn't have many friends to spare).

Boss:The Date has been going well thus far, in fact it has been going so well (or perhaps the date just has a soft spot for you) that they are willing to kiss you. Avoid the kiss without ruining the date if you want the reward (or go for it if you're evil enough)

Reward:1k jewels or no jewels if one has chosen to be evil and do everything the client didn't want them to do.

There stood Monica Belle...except it wasn't really her. No, it actually looked nothing like the bald-headed woman that had come to Oak Town on a job. In her place, instead, was a stunning woman worthy of being a model. Her makeup was finely painted on, bringing out her sharp and gorgeous features. Her lips, though puckered in a scowl, were a bright ruby red that practically glowed. Her long blonde hair was pulled straight along her back, treated with a magic device to get a shiny and lovely sheen. There were no signs of tattoos anywhere on her body, as most of her limbs were presented to the world through the slim, black dress she had on.

But make no mistake; this was Monica. The lacrimas that had changed her appearance into that of the client rested in her purse, the slim item slung over her shoulder and resting just by her side. She looked miserable; in fact, she looked down right annoyed over her situation. How stupid was this? She literally couldn't put to words. The client had led her to believe she would be assisting in protecting them during the date. But alas, it had turned out that Monica was the one going on the date, not the female client. No, she was much too nervous and shy and lacked the balls to go through on the date she had asked for. Forbid it though that she not show up, so now Monica had to play the part as best she could and with minimal study.

It was truly a recipe for disaster.

Monica had arrived somewhat early, if ten minutes ahead of time could be considered early. The client had practically begged her to if only to ensure the date went off without a hitch. Without a hitch; the very notion was almost amusing at this point. The transformed woman sighed through her nostrils and shook her head slightly. “The things I do for jewel..." She complained quietly to herself. Ironically, she considered this more of a chore than her duties to the Garou Knights. An entertaining factoid, no doubt, to the other members of the group -- had they known about it. Monica hadn't met many other members personally, only heard their words or their names. She'd never actually spent any time trying to get to know anyone because that wasn't in her nature. If she needed to know anything about them, she'd seek it out. Otherwise, no point.

Her pale blue eyes rose from the ground in time to catch an eyeful of possibly one of the most handsome men she had ever seen. Bulked with muscle, dirty blond hair like sand grain and piercing green eyes. Her annoyance seemed to settle as she gawked slightly at the sight, more surprised than anything that he was walking right to her with a bright smile. "Hey." He said simply, his voice as smooth as silk.

“Uh...hey," she responded, blinking away her surprise and remembering what she was here to do. And unfortunately, it was not him. She was to make sure the date goes well, enough for a second one, but not so good that he falls for Monica rather than the actual client. Ugh, complicated and stupid rules. She had half a mind to say screw it and try to talk this guy into her bed.

“Let's go in then." She nodded and managed a soft smile. He returned the look and reached out, grabbing the door for her so that she could go into the restaurant. A gentleman too...

This was going to be so hard.

The man, known as Rory, had reserved a table for the two of them, right in the center of the restaurant. It wasn't some overly romantic place but it was definitely nice enough that Monica felt a little out of place. At least, the real Monica underneath did. The one playing the role just continued to smile softly at her date as he pulled out a chair for her and let her sit down before he pushed it back in.

The waiter was quick to come over to them and before he could even introduce himself, Monica was holding up a hand. "Whiskey. Cheapest you have." She did her best to sound pleasant. She also made sure to hit on 'cheapest' hard, not wanting to order something truly expensive if Rory was planning on paying. She probably shouldn't assume as much but he'd been a complete gentlemen up to that point; what was going to stop him from continuing that trend?

He smiled. "Nonsense. This is our first date. Get us both  a glass of your top shelf whiskey please," he interjected before the waiter could leave.

"Don't even worry about it. I want to do this." He replied back with a smile as he took his seat across from her. She could feel the slight blush on her cheeks and she looked down at the table. She needed to keep acting like the client but every part of her was telling her to grab this guy and drag him back to the inn. He leaned forward and planted his elbows on the table so he could interlock his fingers. He continued to smile. "You look beautiful, by the way."

Son of a bitch.

Monica couldn't recall the last time she had been on a real date, if she had ever been. Sure, there had been times where her hookups had been preceded by dinner or drinks but they had been quick and flirty exchanges, meant entirely to seduce the other person. This was...well, what she could only assume was a normal person's version of dating. Casual conversation, eating by candlelight (because of course there were candles) and just...getting to know one another. Rory was charming, definitely one of the best conversationalists Monica had ever met. She only barely managed to hold onto the ruse, spitting out haphazardly rehearsed words to sate his curiosity. But it was hard; on the one hand, she wanted the jewel she was owed for taking this job. On the other, she kind of wanted to say screw the job and...screw Rory.

"Oh I'm just the bashful type. I get all nervous trying to ask men out." She played her part to the best of her abilities, twirling her fork in her meal as she stared down at it. She should have left it at that but a glimmer rose up in her eyes as she glanced back up at him. "Once I'm alone with them though..."

Rory's brow arched and his smile got a bit wider. "Yes..?"

She could tease right? There was nothing in the client's instructions that forbade her from leading him on just a bit. If anything, it would help out the client in the long run. "Well I'm definitely not as timid."

Oh what a weasel he was, smiling like that at her! He knew what she meant and it was obvious he enjoyed it. "Well you know...I only ordered a light meal because I was hoping I could get something else to eat afterwards." There it was, right out in the open without an inch of manners. Her breath hitched in her throat as she looked at him, blood rushing through her body like a raging river.

Well there went any chance of getting any jewel.

Monica lay on the bed, her clothes half-on and half-off. Beside her lay Rory, in a similar state as her but completely passed out onto the mattress. She had managed to keep the lacrima close enough to her that the deception had stayed true, though half-way through she had almost completely forgot about that. She breathed slowly, catching her breath as she allowed a small smirk to tug at her lips. Hell, it was worth it. She rolled her head to the side to see the sleeping Rory and she snorted a short laugh. Definitely worth it.

But now she had to go about her normal routine and thankfully, the lacrima would help her out with that. Slowly she rose up from the bed and plopped her feet onto the ground, standing to full height. She bent down and grabbed the purse that lay on the floor, feeling the crystal secured in its folds. Without so much as looking back, the woman padded barefoot across the room to the door and slid out into the hallway.

Sighing, she reached into the purse and took a firm grip of the lacrima. A quick flex of her hand and she felt the crystalline surface crack, releasing the magic inside. The image of the client that had stayed on her features melted away and Monica was revealed in her place. It wasn't the first job she had mucked up but hell, a thousand jewel was worth losing if the client was too much of a damn coward to go on her own date. Monica got the benefit from it in the end.

Smirking, she tossed the purse on the ground next to the door and headed down the stairs, looking to get herself a drink.