A not so Noble Endeavor 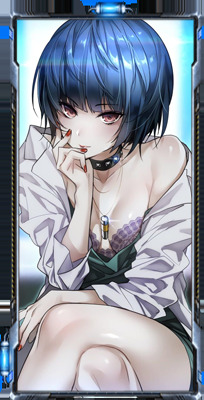 A not so Noble Endeavor

Job title: A Noble Endeavor
Rank: C
Player Requirements: 250 words per post, 15 posts minimum. 5 monster dice rolls. Solo.
Job Requirements: Retrieve the mysterious artifact without getting detected
Job Location: Crocus
Job Description: You somehow wind up working a suspicious job - acquiring something sensitive for a Crocus nobleman. The man has agreed to pay a ridiculous sum of money for doing exactly as he requires. You are to sneak in to a specific mansion in the dead of the night and replace a valuable artifact with a counterfeit, making sure not to raise the alarm and alert the owners of the theft. Secrecy is vital to the client.

Weak - security camera. These cameras are placed at strategic locations and feeds into an Archive network monitored by a security guard. They are fairly easy to avoid - however, breaking one will result in the watcher cluing on to your presence and sounding the alarm.

Normal - guardsman. These are regular stationed guards with no special powers. They are, however, extremely loyal to their employer and will alert the household if not defeated within one post. They carry short range tasers that deal C rank electric damage per hit. Takes 3 C rank hits to defeat.

Strong - patrol. Guardsmen patrol the hallways in groups of three, each of them equipped with firearm that deals C rank damage per hit. All three must be defeated in one post or they will alert the household. These small units are capable of working together as a team and are capable of advanced tactics. Each one takes 3 C rank hits to defeat.

Boss - Head of Security. Former military and well versed in melee combat as well as firearms, he uses a variety of tactics to protect the household he serves. Deals B rank damage per hit, and takes two direct hits of B rank damage to defeat. His melee attacks cause five second stuns per hit. This effect stacks. Cannot be bribed or otherwise persuaded. If not defeated within one post, the entire mission fails.

Extra note - Leaving around bodies or unconscious guards out in the open will cause you to be attacked by one group of patrolmen on your next post.

Importance: Personal plot
Reward: 5,000J
Leaving the mansion undetected and in no more than 15 posts will grant an additional 2,000 jewels.