"Admittedly Blake, I'm starting to have some second thoughts about this", Zero said as he walked with the exceed on his shoulder. He was walking down the streets toward the castle; where he had to go for his current job. The king of Fiore had asked Fairy Tail to send a mage over to put on a show.His guild master had sent him saying something along these lines "You haven't been going "Really Zero? I thought this would be up your alley; acting all showy and making a fool of yourself.", Blake said as he gave Zero a toothy grin.

Job Info:
Job Title: Fairies and Kings
Rank: D
Player Requirements: Must be a Member of Fairy Tail. May only complete this Job once. May bring a partner but they must be a guildmate.
Job Requirements: Thread must be 10 posts. Must defeat one group of Enemies. 200 words per post.
Job Location: Crocus

Job Description: The King of Fiore has sent a request out to Fairy Tail personally....the fan mail has been piling up at the Guild; and the King says that it's been awhile since a Fairy Tail wizard made a public appearance for the people of Fiore. Although, since the King is not a part of the Magic Council; this would be a goodwill mission between the Royal Family and Fairy Tail.

Your Guildmaster has sent you to put on a show for a crowd of fans gathered in Crocus Square.

As you approach; the fans cheer your name, and wave Fairy Tail flags. And on a stage, sits the King of Fiore; Mato, and the Princess of Fiore; Hisui. Put on a show with your Magic worthy of the King.

However-----the show is interrupted by none other than the Masked Guild. Come once more to spoil the fun, and if they can; do some damage to the capital city while they're in town.

Weak: Masked Guild Fire Rookie x10 - A fire wizard from the Masked Guild, not too skilled; but his spells seem to have a huge range. Wears a red mask with an all black cloak covering his clothes. Careful, they can make their flames bend corners and home in on you. They also might try to light civilians on fire. They deal less than D-Ranked damage with their fire magicks, but their strength is in their range which can extend easily 80ft. Takes 1 hit of D-Ranked damage each to defeat.

Normal: Masked Guild Wind Rookie x10 - A wind wizard from the Masked Guild, not to skilled; but his spells seem to be really good at knocking things back and picking things up. Wears a green mask with an all black cloak covering his clothes. Careful, they can fly. And will try to pick civilians up and drop them off of rooftops or from the sky if they start losing. A cheap trick, endangering others. But they have no shame. They deal C-Ranked damage with their wind enchantments and spells. Takes 2 hits of D-Ranked damage or one hit of C-Ranked damage to defeat.

Strong: Masked Guild Jester x3 - These 3 wizards wear rainbow colored masks with different designs on them; and all black cloaks. They are expert Copycat wizards, and can use any Spells they see against their opponent after watching them once. These guys are extremely tricky, and if you're not used to fighting against your own style of Magic, can be very tough. They will use your own Magic against you but only up to C-Rank in damage and skill. Takes 4 hits of D-Ranked damage or 2 hits of C-Ranked damage to defeat each of these fools.

Boss: Masked Guild Water Wizard - This guy comes alone to Crocus to bust up the festivities when the Masked Guild hears that Fairy Tail has been invited to put on a show for the King and Princess. He is a very skilled Water Wizard; C-Ranked in his level of skill. He specializes in making water materialize in either huge waves or to block or disarm weapons; very good at both. Deals C-Ranked damage two times with each hit, once from the water and another from the knockback. Takes 2 hits of B-Ranked damage, or 4 hits of C-Ranked damage, or 8 hits of D-Ranked damage to defeat.

Reward: 3000j, the trust of the King, and the friendship of the Princess of Fiore for stopping the Masked Guild from ruining the performance. 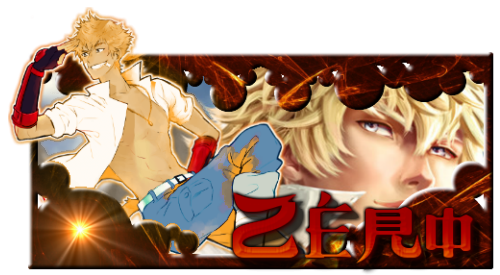 The member 'Zero-sama' has done the following action : Dice Rolls