A Kindling of Flames [Private/Dragon/Emilia]

A Kindling of Flames [Private/Dragon/Emilia] 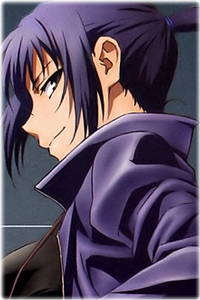 ”Damn, this storm just won’t let up, will it?” the young general sighed, slipping her hands into the pockets of her trench coat as asphalt grey eyes gazed at the torrential downpour outside. The black haired woman had been in Talonia with her two Colonel’s for a few days now in order to gather some intel on a particular group that she had been trying to track down ever since she joined the Rune Knight’s. Unfortunately, the information they had gathered was just as scarce as it had ever been and was nothing more than simply rumor and whispering's. The whole search was starting to irritate the General of the Spec Ops division and her Colonel’s could see it. "It's unfortunate, but not all of us possess magic to be able to control the weather like Mrs. Shikon could." a males voice spoke up, cleaning his glasses as he approached the table the woman was sitting at. "Why are we merely waiting anyway? We can travel regardless of the weather due to your Shadow Magic, so why are we merely sitting here in the bar of a town that doesn't even like the Rune Knights?"[/b] the man asked, taking a seat across from his commander. "You know how Claire gets with shopping, Laurence. The continent could be blowing up and that girl would still be picking out her jewelry at a vendor." the woman laughed, taking a swig of her ale as a smile cracked upon her face. "Honestly, Emilia, you give that girl far too much freedom. She's taking up too much time that we're supposed to be spending doing our jobs!" "It's fine. Besides, she always ends up getting us cool stuff to wear!" "I suppose this is true... we are the Speical Operations division after all. It's always good to blend in... I just wish she would stop buying me these damn pink shirts!"

As Laurence complained about his attire, a pink haired woman came rushing into the bar as fast as she could. "Em, we have a bit of a situation here!" the girl exclaimed as she rushed towards the table with shopping bags flailing about her arms. "Alright, just relax and tell me what happened, School Girl." Emilia snickered as she always did due to the fact that Claire tended to dress like she was a member of a private school. "Shut up, this is serious! I found a dude with the mark creepily following this blonde girl. They're just outside and the girl turned down one of the alleyways for some reason. She looked really sick wh-" Claire was cut off mid sentence by Emilia merging herself with the shadows and blasting her way out the door. "You're sure it was that specific mark?!" Laurence asked, jumping up from his seat and rushing out in pursuit of his commander with Claire not too far behind. "I'm positive! There's no way I could mistake that mark that Emilia described to us!"

Searching around frantically through the shadows, Emilia's grey orbs locked on to a sickly looking blonde girl sitting in the alleyway with a blonde man standing over her with a knife. When the man spoke, memories came rushing back to Emilia's head. She could never forget that damn voice as long as she lived. "I'll be taking that lacrima back now." the man spoke, raising his knife to strike the blonde woman. He would have brought it down to her, but his body stopped in mid action all of a sudden. "What... the hell?!" the man stuttered out before a gloved hand burst forth from the shadows, grabbing him by the neck and slamming his back into the wall of the nearby building. "Not so fun having other people mess with your body, is it Lars?! Who would have thought I'd run into you after what Haretsa did to the lab ten years ago. You must have been out of town!" the six foot tall woman exclaimed angrily, tightening her grip around the man's throat. "You... the little shadow bitch from Magnolia..." Lars managed to cough out. "I'm so flattered that you remember me!" Emilia exclaimed again, slamming the man into the wall one more time hard enough to knock him out and leave a rather large indent in the solid brick. When her two Colonel's had rounded the corner, Emilia tossed Lars' unconscious body towards Laurence. "Make sure you use the magic suppression cuffs Laurence. This bastard ain't getting away from me twice..."

As her subordinate caught the man and proceeded to put hand cuffs on him, Emilia turned her gaze to the sickly blonde that was resting up against the wall. She knelt down next to the girl, placing her hand on her forehead only to quickly pull it back once she felt the immense heat that the blonde was producing. "A burning fever huh? Well, I guess I know what you eat now... Let's get you inside, shall we?" Emilia asked, slinging the practically unconscious blonde over her shoulder before carrying her in the direction of the bar. "You and her look about the same size, so I hope you don't mind if she borrows some of what you just bought, Claire. What she has on right now is a bit... waterlogged." Emilia mentioned, motioning for the two Knights to follow her into the bar.

Bursting through the doors, Emilia gave the bartender a quick look as she began to head up the stairs. "We'll be using Haretsa's room, Jerry. I'll explain later." she quickly explained, not even allowing the man to respond. Opening the door to her little sisters room that she kept at the Soul Bar, Emilia placed the blonde girl on the bed and locked the door behind her to keep Laurence's eyes away from what was happening. They quickly stripped the blonde of her drenched attire and set her in a set of fresh new clothing that Claire had just bought before allowing Laurence to enter with their prisoner. "Alright, Claire this is gonna sound weird, but I need you to form the words Cleansing Flame with that Solid Script of yours." "Uhm...Alright?" the pink haired woman responded, writing out the words cleansing flame in the air. The words came to life as the letters burned with a brilliant emerald flame, but there was no real time to admire it. Without a care, Emilia grabbed the flaming word and opened the blonde's mouth before placing the words inside. As if it were as natural as breathing, the girls body absorbed the flames through her mouth and when Emilia placed her hand upon the blondes forehead; she could feel the body temperature dropping back down to normal. "Alright good, she really was a Fire Slayer! That could have ended rather awkwardly if she wasn't... Now we just wait for her to wake up, because I have several questions..."
_____________________________________________________________________________________

The three Rune Knights remained silent as they waited for either the blonde woman to awaken or the man Emilia had smashed into a brick wall to awaken from his near coma like state. It seemed that the blonde would be the first one to regain consciousness as she sprung up from the bed shouting that she shouldn't be touched. This act was accompanied by a small burst of black flames erupting from the girls hand and were sent flying straight towards Laurence's face. Luckily, the young man was able to catch the flames in his hand, causing white lines to begin rapidly spreading along the flames before they dispersed into harmless little sparks. "Good thing Laurence is skilled with disassembly magic, otherwise his face would be cooked right now. I wasn't expecting her to have those black flames though... those were pretty much identical to the ones wielded by Infinity Hydra's guild master if I remember that meeting correctly... but is that even possible? Lars was trying to get a lacrima from her... I can understand getting the lacrima of a dragon, or at least manufacturing one somehow, but is it even possible to obtain a lacrima from a god?" Emilia thought to herself as the blonde looked around the room extremely confused.


In response to the woman's query, Emilia pulled up the sleeve of her trench coat to reveal the jet black tattoo of the Rune Knights, her two Colonels doing the same before she decided to speak. "My name is Emilia Hawke and I'm the General of the Rune Knight's Special Operations division. These two are Laurence and Claire, my two Colonels and sadly some of the few remaining Rune Knights in the country due to us being horribly understaffed... but that's getting off topic." Emilia laughed a bit before meeting the blondes amethyst eyes with her own jet black orbs. "Right now, you're currently in my little sister's room in the Soul Bar of Talonia. I just want to clarify that you're not in trouble or anything. We found you outside in the pouring rain with a burning fever. You were being pursued by that man in the hand cuffs over there." Emilia paused, motioning her head over towards the corner where Lars' unconscious body lay. "That man is involved with a dangerous organization that I have a bit of a... personal issue with... so I'd like to ask you a few questions. You're welcome to take your time answering them as I know you just woke up from being incredibly sick, but I really do need to ask you about what's happening. First, I'd like to know your name and I need to know if you recognize that man at all or why he would be following you." Emilia spoke gently, motioning over to Lars once more. She knew all too well that simply seeing this man could trigger some bad memories for anyone that knew him, herself included, so she spoke in such a tone in order to hopefully keep the blonde woman as calm as possible.
_____________________________________________________________________________________