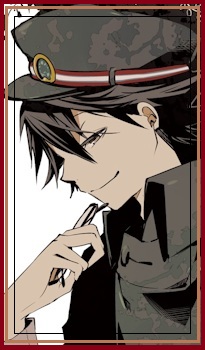 Light was a very evil and terrible thing. If he could, Eli would demolish it all and forever live in darkness. Darkness was nice. It didn't shine in your face, it didn't force itself onto you without asking, and it didn't bring you out of rest into a bright world with a splitting migraine.

With a groan, some muttered curses, and a lot more pain than he anticipated, Eli forced his eyes open and starred at the blazing bright world before him. From what he could tell, since he went to bed gravity had reversed itself. Not that he remembered going to bed, nor did he understand why people where walking on the ceiling of the reversed world starring at him like a pariah. With way less force than he intended, Eli fell onto the ground, no longer leaning upside-down against the back alley wall. With that, the world returned to normal gravity at least. The stone felt rough against his skin, and was a good reminder that he was naked. At least that meant he didn't need to worry about stains on his clothes, what with all of the garbage tossed around him. Pushing up the bound of bricks that was his body, he shakingly managed to stand. So far, he could stand. That's good, one more step to being functional.

Looking around, everything around him was an unfamiliar blur. He was in a tight alley, with an apparently very busy street on the end, judging from the number of blushing woman and scornful men starring at his form as they hurried past. There were no signs of his clothes around, nor any signs of blood or a struggle. So he didn't pass out after a fight. It was likely someone tossed him here, probably after robbing him. He tried to summon up memories, but everything a painful blur. The more he tried to grab at his thoughts, the more it burned inside his head. This was the first sign something more than a simple robbery was up. Eli hadn't been able to manage a buzz in years, let alone a blackout stupor. Someone had done something to him.

All he could recall was being in a bar. He didn't remember what he had done, or what he was doing, but it was important. Feelings of excitement, anticipation, and fear mixed inside him. It was definitely an important piece, but nothing without the whole puzzle. This was gonna take a while to trace back, and with no major leads it might take weeks. But first matters first, he needed clothes. The investigation could wait, he wasn't going to get detained by Rune Knights because someone stole his clothes. Leaning against the wall, he let out a groan of frustration. He was still waiting on word back from Emilia, and by his math she should be showing up any day now. Knowing his luck, she was probably already at his empty apartment wondering where he was. And he was lost in the city, buck naked with no memories of the night before. It was gonna be a long day.
_____________________________________________________________________________________
Arsene - Reflection - Bank
Emilia Crohil 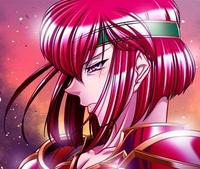 Emilia was indeed at Eli's apartment in Talonia. When he didn't answer to her knocking, she busted down the door... accidentally of course. All it really took was her leaning against it before it collapsed under her weight. With the apartment open, she decided to let herself in, the floor creaking beneath her feet. She found signs that Eli was living here, recently in fact. He had probably just gone out last night and not yet come home. Probably got his ass handed to him in a fight without her there to babysit him. 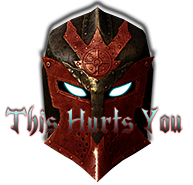 "If violence only breeds more violence, I should resort to it more often."
Arsene Mayura

Ripping open a garbage bag and pouring it's fragrant contents onto the ground, Eli fashioned a temporary skirt. It was ugly, disgusting, and barely hiding what it needed to, but he'd been seen in worse over the years. At least now he could walk around with immediate repercussion, but probably even worse stares. Now he wasn't just "naked handsome man in public." Now he was "obscene homeless person walking around smelling like week old meat." It was a long title, but a fitting one he was forced to embrace. He scanned for any sign of familiarity, something to get him focused and realize where he was, but the farther he went the worse it got. Nothing was clicking, and that was bothering him more. He'd been in Talonia for a while now, studying and tracking leads, and he'd made sure to memorize the layout. Yet nothing seemed right. He'd see something familiar in the corner of his eye, but as he turned it'd suddenly seem so foreign. His head was buzzing still and growing worse by the second.

He threw himself against a wall, his back slamming against the building. Frustration was clouding his judgement, and Eli knew better than anyone that wasn't acceptable. After all, frustrating his opponents and abusing their poor judgement was a tactic he abused frequently. He had to retrace from the beginning, as far as he could remember. He came to Talonia a month ago, or was it longer? He was tracking some people for some reason, but it wasn't coming to him. Every memory he'd recall was surrounded by a white haze, obscuring all the important details. He was in Talonia, for a while, for something very important. He'd summoned Emilia to meet him, related to his reason being here. That was all he had going for him right now.

People were whispering now, small cliques formed on different sides of the street. It's like they hadn't seen a naked man missing an arm wearing a garbage bag before. He ignored them and decided to start moving again, it was better to get out of public eye. Still, he couldn't blot them out entirely. "...it was definitely him, the one out screaming last night. I can't forget his face." His feet froze, stopping beside the audience member who'd caught his attention. He recognized Eli, and from the night before. Suddenly he was onto a man, an arm wrapped around him in a 'friendly' manner. "Now listen buddy. I'm a nice guy, I swear, but I'm in a bind right now, and I could use your help. You said you saw me last night, right? Well as it happens, I can't remember a thing about last night, and you're help in figuring out why would be most appreciated."

After some searching, Emilia managed to find the bar Eli referenced in his notes. It was a seedy place, just the type Eli would go to to make a quick buck. Stepping into the bar, she wasn't too out of place herself, with her armored clothing and knife in plain view. She walked up to the bartender and waited for him to get to her.

"What can I get ya', miss?"
"I'm looking for someone who came her last night. He's a friend of mine. A bit taller than me, messy blond hair, mechanical arm. Name's Eli, and this seems like his sort of place."
"I might know 'im. My memory i-"

The man's not so subtle attempt at asking for payment for the information was cut short by the thud of Reaver being embedded between his fingers on the bar, the blade currently in a dagger form, Emi's hand on the hilt, staring into the bartender's eyes.

Emilia's actions drew the attention of the other patrons, but with a rather frightening smile and wink, they decided it would be best not to mess with the mercenary. She leaned back towards the barkeep.

"Now then, I don't have the patience to deal with you right now. I'm looking Eli. I'm sure you don't need anything else to jog your memory, now do you?"
"N-no, miss."
"Good." She gestured towards the man, flourishing with her free hand. "Now please, do tell me what you know. And don't lie. I can smell lies."

The man told her about Eli's meeting with an old patron, someone who regularly does his business here. Eli had apparently been getting somewhat known around these parts, but only as a small fry. Last night he apparently walked straight up to the big fish and got his attention, and the two left to head towards the big fish's house. With a bit more prodding, he told her where the house was.

"If violence only breeds more violence, I should resort to it more often."
« View previous topic · View next topic »