Triatath had found himself in magnolia, yet again. This time he was searching for a mechanic to help him add some augmentations to his legs however he has had no such luck yet. Triatath waltzed into the shop of a weapon smith and hit his hand on the small bell at the front of the shop. A young man, possibly in his mid twenties, rushed out of a doorway covered in soot. He looked extremely distressed. "something the matter sir?" questioned Triatath the man paced towards him and grabbed him by the shoulders. "I have a favor to ask of you laddy" he said in a thick accent. "I need you ta delivah me letter son" Triatath nodded. I'm getting the strangest feeling of deja vu Triatath thought to himself. Triatath exited the store with the plain bright white envelope. The only markings which graced the letter were masterfully whritten by a professional. Triatath frowned "I don't actually know who i'm delivering this to..." Triatath walked forward several paces before halting and reading the address. "TO: ARMOIR LE CLUER" the writing promptly stated. "Oh, i'm assuming that this is the famous entertainer who has been travelling around... wow... a lot of famous entertainers have childhood friends in magnolia town..." Triatath walked towards the open arena where most competitions, events and concerts were hosted. On the way Triatath spotted man dubious characters who were obviously trying to sneak into the concert. He squinted to see past the crowd but was constantly being blinded by laser light lacrimas. Triatath sighed and moved towards the entrance to the stage. There were quite a few guards, all significantly taller and more muscular that Triatath was. Triatath walked up to the thuggish guards. "sorry mate, you can't get in unless you have your VIP I.D card." The towering masses of muscled blocked the entrance. Triatath walked behind the stage silently, the guards did seem puzzled that Triatath had not said a word. Triatath happened across a small boy wearing a VIP card. The boy was clearly on some sort of trip, he may have gone to school in magnolia or he may have been in the children's hospital, Triatath did not know and frankly he did not really care. Triatath walked up to the boy and tapped him on the shoulder, bending down to his level and preparing to persuade the child. The little bugger turned around and presented a spider. "WHAT THE SHIT" Triatath yelled as he jabbed the back of the child's neck in self defense. The child fell to the ground with a soft "pumf". Triatath guiltily stole the I.D card and dragged the boy under the soft backed stage. He then waked up and presented his I.D card to the guards who looked suspiciously at him as he walked in due to his "Children's hospital" I.D. Triatath threw the card across the room after peering about and seeing that there were no guards. A tall slender woman stood in the center, applying makeup and other accessories. Triatath sneaked over and lightly placed the note on the side of her desk. Triatath then walked away. The man met up with him and shook his hand after depositing Triatath reward into his bank. Triatath felt that in his heart, he had made two people a little closer.
_____________________________________________________________________________________ 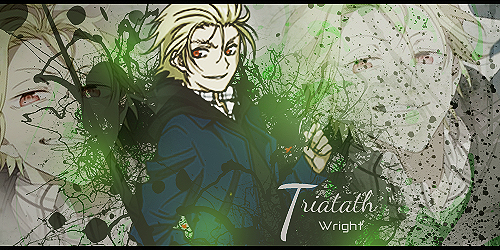 Re: Deliver My Letter (job)