Twin tongues of polished silver, shimmering ruby eyes and fair skin worn with the scars of experience are what composed of the snowy haired duo as they entered the café. As usual, they arrived at their destination early in order to ensure that everything was… properly prepared. They were still attempting to gauge just how early their current superior tended to arrive at places, or if she preferred to be on time. Akin to the others that they had recruited for this heroic adventure into the depths of human depravity and glorious splendor!

An adventure unlike any other, filled with espionage, murder and above all else… Sweet, sweet embarrassment for those whom would fall into their legendary plot. A devious design that took all of two seconds to create and a mere evening to implement in time for this morning. It would be a great chance to meet fellow knights, to form bonds and bet introduced to new people is one of the things argued, when in reality their true reason was simple, to tease and mess with their superior.

It had been rather simple to convince Towa to come, all it took was a single tale crafted by their tongues of silver. Tricking her into agreeing to it under the impression that it was to pursue a domestic abuse case against a powerful mage in Fairy Tail after a night partying, and his abused wife who was desperately trying to keep things together in her café while dealing with her life. Which is why when they entered the pair grinned at the café owner, hearing that their shipment had arrived for some costumes and that she was about to unpack them in preparation for the day to come. Now, all that the pair had to do was await and greet their fellow workers at the entrance to a very memorable day, at least for the pair. 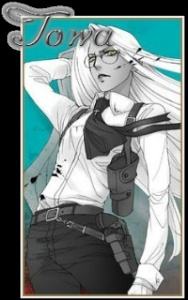 Re: The Master Plan (Cosplay Job)

Towa was not thrilled when she entered the cafe, she had been expecting to deal with a domestic issue, only to find that Dederik had worked his silver tongue again. She sighed as she was told about the job by the owner, she shook her head and glared daggers at Dederik. "When we get back..." Towa said to him, leaving the threat open, she was planning on making him clean the latrines for the next month. "Yes Ma'am i will assist." she failed to mention to the lady that she had been tricked into doing this, the lady smiled and asked Towa what she would like to cosplay as. Towa rolled her eyes, "why not be a demon." this was kinda a joke for her, one few people would get. The lady smiled again and motioned for Towa to get into a dressing stall, which she complied. The lady excused herself and ran off to get her costume, Towa took the intervening time to undress, she kept her Panties and bra on though. She was sure that Dederic would walk in on her claiming, "there's only one open stall and hes seen her naked before." Or "Came to help you get dressed with your costume." Towa was gonna have none of it, as soon as the idiot stepped into the stall she would shoot him with Devils Advocate. After a bit the Lady returned with her costume, and to Towa's dismay... there was not a lot to put on. "Damn it..." she muttered to herself, she should have just used her dark self as a costume. She decided she would TRY to have some fun with this, even though she knew Dederic would just make stupid comments about her the entire time. She Put it on, even the black wing which were magic and she could control them. "Thank you." she said to the shop owner. Towa thought about closing the wings and they folded, she blinked at them for a second then reached out and felt for magic. Boy did she find alot, the wings would act on her command, she even guessed with the right commands she might be able to fly. 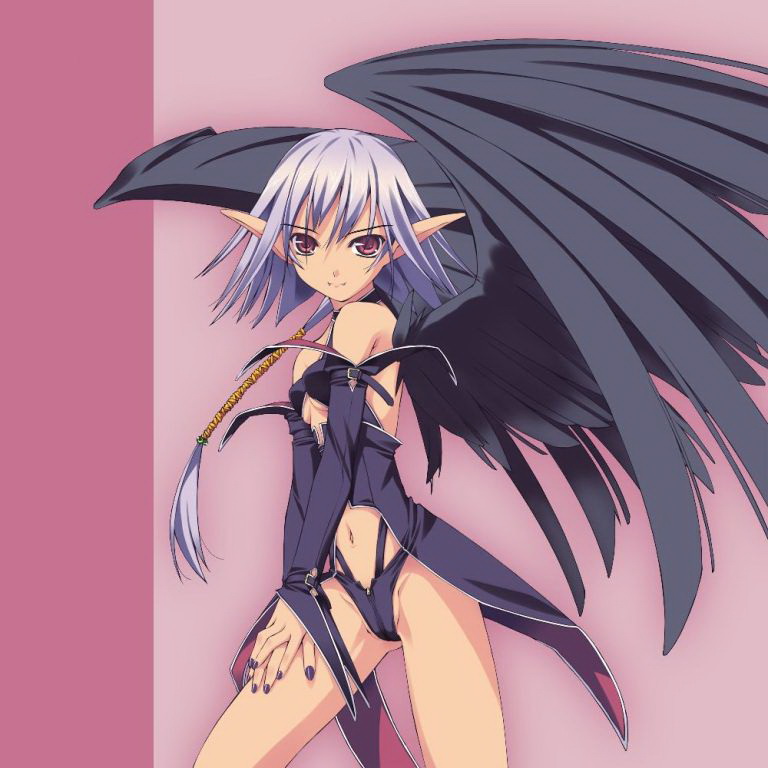