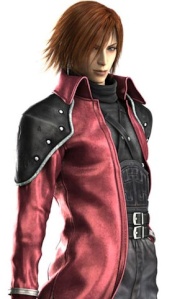 OOC:
Okay, so your exam goes like this : You're meant to meet Triton in the sea. He has a letter addressed to Aedre, which, you're meant to safely bring up to her. The letter is encased in a glass jar, since paper won't really last in the water.

The necklace that she handed over to your character acts like a GPS system for Hakora, as it gives the perfect directions to Triton, while also allowing him to breathe underwater. You may portray the necklace as if its tugging you gently to certain directions. (Or anything else that you see fit, mine's just a suggestion.)

Meeting Triton will make him question Hakora, since he would like to affirm that he's not handing the letter to an imposter. I'm working on the idea that Aedre has figured that Hakora is a man with an applaudable level of intelligence, and hence she would've directed Triton to ask you a riddle or anything related to philosophy. The question and its answer is up to you and you may stretch its length as you see fit. That much would be to test your character's intellect as a to-be C Rank mage.

Now, as you leave Triton's place and return back to the beach, you'll encounter a C Ranked Water angel who'll try to take back the letter from you. This is an angel mostly due to the fact that your character wants to specialize in divine-creature slaying. You can kill the angel or injure her grievously and that's totally up to you. As to why she's taking the letter from you, is because she considers you a thief who's trying to take away something from her Master (which is Triton). No matter how much you try to explain that you're not, she won't believe you--- so just consider her to be a rather stubborn individual.

The word count for this exam is 1000 words minimum. You may exceed that word count if you want and can divide it into several posts or just write it all up in a single one. I'll post a conclusion when you're done.

Hakora smirked, but it did not mean he saw her as more than a pawn. Most would find this viewpoint to be a harsh and unproductive view point and maybe it was, but with how much death Hakora had been around and how his ability could destroy someone's very core, it was very hard not to see life as nothing more than a chess game. Hakora was the Black King, or death incarnated and life, the White King was who he was playing against, but this was the cards he had been dealt so who is to argue with fate? Hakora snapped his book shut as he listened to her words. "Indeed the soul, one could argue it is the one thing we value must above all. Some believe you can live on when your body dies so to truly destroy someone you must attack their soul. I assume you know my powers, so we need not get into that. I attack not only the soul, but the mind. Magic is not my only weapon, someone would say my mind is greater. Attacking someone's soul, mind, what they hold most dear, their friends, their love and even their family is not below me in the game. That is neither here nor there, what is your test?" Hakora held his hand out for the necklace as she explained the situation at hand. He put the necklace on and his breathing stopped and magic began to give his lungs oxygen. He nodded at her request and made his way to the water.

Hakora took a step forward towards the water, but did not sink for ice began to form as he began to walk. He had the ability to create an aura of death and death is icy cold and so it appeared the water under Hakora was freezing when in reality it was dying and solidifying. All things directly under his feet were dying and fearing as ice. Hakora looked at the sky once more and his aura resided and he dropped into the water. He then began to swim downward as the necklacebegan to glow and for Hakora's eyes it showed a faint blue light that was coming from where he was to swim to. As he swam he saw many wild life that were both normal fish and animals of prey. Some tried attacking Hakora, but he was using Soul Drain which would rob them of life and feed Hakora life.

He continued his swim for a good hour due to his swim style being more about movement and conserving energy than speed. Hakora arrived at a golden city where he scuffed at its pointless laverish designs. He moved into the city and stopped swimming as he came to a standing position and walked on the roads of the city where many different creatures that most seemed humanoid were present and looking at Hakora with curiosity and an edge that suggested they would attack if Hakora did something to provoke them. Hakora paid no attention to such worthless beings. He continued to follow the light, as ironic as that sounded until he came to a palace covered in gold and tridents. He pushed open the doors and walked through what appeared to be like the surface of a still glass of water.

Inside was even more decorated and it made Hakora sick, but he did not show it, he merely wore the face of Apathy. A servent approached Hakora, "How may I help you?" Hakora spoke in a very monotoned, dark voice that would later send chills down his enemy's spine. "I am here to get a letter from Triton." "Ah, yes, Master Hakora, we have been expecting you and have heard so much..." Hakora cut him off with a hand that signaled a stop, "I have no time for your pleasantries, bring me to the one I seek." The servent was put off by Hakora's rude behavior and probably wasn't use to it. Nevertheless, the servent led Hakora past the throne room where he caught a glimpse of Poseidon where he was conducting court. Hakora would memorize this and one day come and kill Poseidon. He continued his journey until he was led into a room that was like a mansion living room where he was told to wait and would be greeted by Triton shortly.

Hakora found it slightly foolish on Aedre's part to send someone who wants to kill the gods into the domain of the gods, unless she wanted Triton to die. Moments later, the door opened again and a teen with sandy blond hair and armor that was made of gold and decorated like the bottom of the sea entered holding a Trident. He approached Hakora and instantly his trident was to Hakora's throat which did not help the matter that he was in the presence of the enemy. Hakora eyes began to glow a bright red as the souls he had been adsorbing were growing stronger so when his magic activated it made his eyes glow. "Interesting, Aedre said you had promise, you must be Hakora Rhapsodos, but first answer my riddle and if you get it wrong, you die. Alive without breath, As cold as death; Never thirsty, ever drinking, All in mail never clinking?" Hakora reached up just as quick and grabbed the middle spike of the trident where part of his magic was rotting away the man;s weapon slowly, but he did not break eye contact and neither did Triton. "A Fish." Triton glared a moment more in silence and then pulled the trident out of Hakora's grip and back down to his side. "Good, take this message and get it to Aedre." Hakora grabbed the bottle and smacked shoulders with the young god on his way out of the room and finally the palace.

Once Hakora was gone, a water angel appeared to Triton's side as Triton noticed Hakora had made many cracks on the middle spike of the trident. "Kill him, he is no friend of ours and if the rumors are true then he is the one who wants to kill the gods and we can't allow that." The Angel said nothing and became water quickly leaving the room.

Hakora left the palace and placed the small bottle into his jacket for safe keeping. Hakora continued to walked through the underwater city and now the stares were much more hostile. Hakora was about to push off and continue his swim back when the water ahead of him began to swirl as a woman appeared with wings, the Water Angel. "Hakora Rhapsodos, you have been found an enemy of Atlantis and are sentenced to death." She then brought her hand up and the water swirled around her fist and out a bit until it stopped revealing a golden sword; what was with all the gold. Hakora smirked, "Then get on with it."

The Angel came at Hakora with incredible speeds and the water swirled around her as she moved making it hard to see her, but Hakora wasn't too concerned. He harnessed his magic as his eyes glowed red again as he focused it to his fist and then punched out as the Angel was in close range sending out a blast of magic that penetrated her water magic, her armor and then into her soul cracking it and sending her away and into a wall. She gasped with pain and blood could be seen coming from her. She wrentched in pain as she was mostly a sprit meaning this would due more damage to her. Hakora wasted no time and fueled his words with soul magic:
The water understands
"Civilization well;
It wets my foot, but prettily,
It chills my life, but wittily,
It is not disconcerted,
It is not broken-hearted:
Well used, it decketh joy,
Adorneth, doubleth joy:
Ill used, it will destroy,
In perfect time and measure
With a face of golden pleasure
Elegantly destroy."

Hakora's words came out like binding ropes and shot at her and wrapped her up absorbing some of her soul. She screamed in pain and Hakora walked up to her and began to beat her. She managed to get her sword arm loose to slash at Hakora's chest causing him to bleed, but it only fueled his rage. Hakora grabed her head covering her face and preventing her to breath and he began absorbing her soul completely which was etremely painful and before her death was sealed he slammed her face into the gold wall of the building she had crashed into and smashed it and did it a few more times for show.

She feel to the ground dead, he then turned to the people watching in horror. "Take this scene to heart because if you ever try that again I will destroy you all." Hakora grabbed the dead angel and began his journey back. Once he breached the water's surface and night had already fallen on Earthland. Hakora tossed the bloodied Angel to the shore and then tossed her the message in a glass bottle. "You knew there would be death when you sent me into the belly of the enemy." Hakora's eyes were still glowing red, but fading to normal as his magic went back to sleep.

OOC:
You pass the exam. No need to post after this; since your character is officially considered to be a C Rank mage from hereon. I'll unlock your magic app for ya and you can add the C Rank spells to it when you have the time.