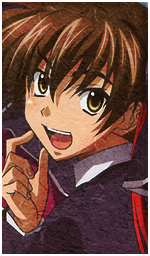 The streets of Magnolia were quiet as a young man walked along, whistling to himself as he had one hand in his pocket. The other, his left, well... wouldn't fit in a pocket, seeing as it was snugly encased in a heavy, red gauntlet. And sure, that got him a few funny looks, but not as many as when he stopped in front of the Fairy Tail guild hall.

"Welp, here we are." He murmured, looking the big building over, before he grinned, striding through the doors into the organized chaos that was the Main Hall... Krow sat at the table closest to the guildhalls entrance, as per usual, he had the table filled with large stakes of plates and bowls, most of which were now vacant. He burped rather loudly as he brushed the backside of his claw-like right hand across his maw cleansing it of whatever food may rest upon it. He then gulped down his sixth mug of beer, yet seemed perfectly normal, he hadn't even staggered as he shoved back his stool and stood up. Not long after he had stood up the guildhall would be flooded by the bright light of the sun, which seemed to bother him as he shielded himself from it. 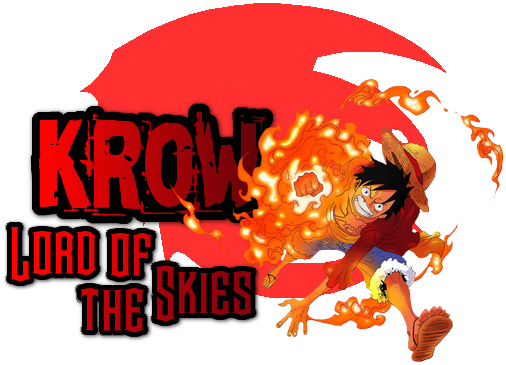 Blinking in surprise as, before the door was even completely shut, he was face to face with someone that looked to be around his own age, taking a slight step back... before he smirked a little, despite having just been called a dead man. Crossing his arms, his left-handed gauntlet was a red, metallic mirror to Krow's own demonic right claw, his grin unabated despite the unfriendly welcome. 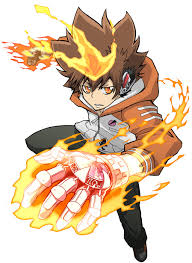 Josh was sitting on a stool at the bar, drinking and watching all the madness around him and notices Krow talking with someone he hasn't seen before, even though he has only been at fairy tail for a few weeks and hasn't met anybody, the way Krow was acting gave the impression that he was a new member of the guild Might as well go introduce myself he gets up and walks over to the newcomer, dodging the fights that went on around him he got within earshot of the conversation and was able to hear that he was in fact a newcomer. Hey Krow he says and he turns to the newcomer Hey there, I'm Josh, you're new here right? he asks while noticing the giant claw shaped gauntlet
Leapflight

"YAAAAAAAAAY A NEWBIE!" Ebony jumped down from the balcony and landed in the middle of the dance floor as a crowd gathered around the male named Marcus. "My name is Ebony Matsuna! Welcome to Fairy Tail!" She looked over at Josh and Krow. "Do you guys want some waffles? I made some upstairs! Atlas!"

Josh chuckles as Ebony jumps down to the middle of the dance floor, "Do you guys want some waffles? I made some upstairs! Atlas!" she says as Josh glances up and sees Atlas flying down towards the group "I did just finish eating, but that's never stopped me before, yeah, i'll have one" He says, turning back towards the new guy "Marcus, I love that gauntlet of yours, seems like it packs quite a punch, did you make it?" He asks, it was a really good looking gauntlet
DreadAwk

Josh was wondering about Marcus' magic, he was curious as to how strong he was "So Marcus, what magic do you use? I like seeing how strong other guild members are compared to me" Josh says "Also, I just realised Ebony and Krow, that i've never seen your magic in action before, you guys want to have a little battle tournament sort of thing? Josh asks, hoping they accept, he hadn't done any training for a while and he wanted to get back into it
DreadAwk

Marcus grinned a little at the question, flexing his fingers for a moment as he glanced at his gauntlet. "Well, my magic's Caliber Knuckle, same name as this thing." He motioned to the armored gauntlet. "I load shells made of magical energy into it, then in most cases punch things to release them. The one I use the most blows up."

Zoe sat at one of the tables in the guild hall, trying to read a book midst all of the ruckus around her. This was really starting to get on her nerves especially with two men of the guild brawling right in front of her. A man stood on their side, cheering the duo on with all his might when a plate crashed into his head.

Zoe winced a bit at the impact and looked to her side to see who threw it and wasn't surprised when she saw it was Krow. The man walked up to him ready for a fight but before the man could do anything, Krow knocked him out cold causing Zoe to sigh.

She noticed that there was a group over there chatting animatedly while eating waffles. Zoe's mouth started watering after looking at the delicious waffles and she decided to go there to get one.

Making her way to the group, she picked a waffle and said, "Don't mind me, I'm just here to grab a waffle." she paused while eating and then looked at Krow and said, "Krow-san, I think you might have hit that man a bit more harder than you should have. Oh and hello, I'm assuming your new so welcome tot he guild." Zoe said to the newbie, Marcus.
Immurtle

Josh was sitting down eating his waffle, looking at the new guys gauntlet I want to see if that can match up to my flames or the kurikara He thinks while glancing back to look at his sword which was strapped to his back I haven't drawn the kurikara in ages, i wonder if it still has the blue flames he thinks, reaching back and drawing the sword from it's sheathe, as the sword and his body was covered in blue flames Yep, still works He thinks to himself as he sheathes the sword and takes another bite of his waffle, This is really good Ebony, a little cold, but nothing i won't be able to fix He says, holding the waffle in one hand, creating a flame in the other and slowly puts the flame to the waffle, heating it up and taking another bite mmmmm, that's better he says after finishing the waffle So, who's up for that tournament i suggested earlier? I haven't fought in ages, and i want to use the Kurikara He says, looking at the group that had formed
« View previous topic · View next topic »